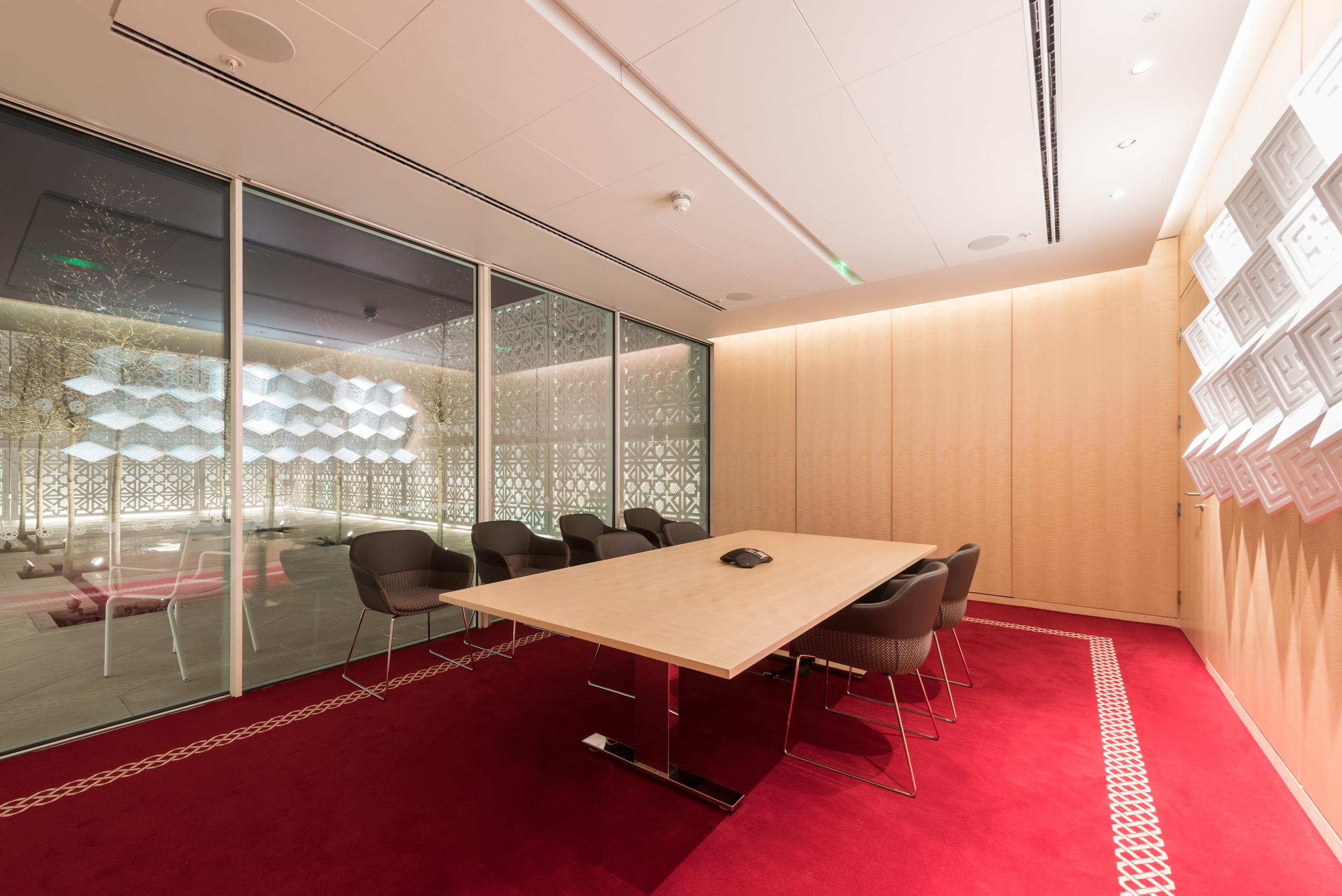 In 2018, the IIS became a registered charity in the UK. The Board of Trustees is the principal governing body, responsible for setting the strategic direction and policies governing all aspects of the IIS’s activities. It has a legal obligation to act in the best interests of the IIS and is responsible for approving all budgets and operational plans. Effective from 13 December 2020 members will include:

His Highness the Aga Khan IV is the 49th hereditary Imam (spiritual leader) of the Shia Ismaili Muslims. In the context of his hereditary responsibilities, His Highness has been deeply engaged with the development of countries around the world for more than 60 years through the work of the Aga Khan

The AKDN is a group of private, international, non-denominational agencies working to improve living conditions and opportunities for people in specific regions of the developing world. The Network’s organisations have individual mandates that range from the fields of health and education to architecture, rural development and the promotion of private-sector enterprise.

Together, they work towards a common goal – to build institutions and programmes that can respond to the challenges of social, economic and cultural change on an on-going basis. The AKDN works in close partnership with public and private institutions, including amongst others, governments, international organisations, companies, foundations, and universities.

The Ismaili Muslims are a global, multi-ethnic community whose members comprise a wide diversity of cultures, languages and nationalities, and live in Central Asia, the Middle East, South Asia, sub-Saharan Africa, Europe and North America.

Ismaili Muslims in 1957 at the age of 20. Since taking on his role in 1957, he has dedicated his efforts to improving the quality of life of the most vulnerable populations, while emphasising the view of Islam as a thinking, spiritual faith: one that teaches compassion and tolerance and that upholds human dignity.

In recognition of his exceptional efforts and contributions to human development and improving the social condition of societies globally, tHis Highness the Aga Khan IV has, over the last six decades, received numerous decorations, honorary degrees, and awards from institutions and nations across the world.

Naguib Kheraj is a banker by background. He began his career at Salomon Brothers in 1986 and went on to hold a number of senior positions at leading international financial institutions. Over the course of 12 years at Barclays, Naguib served as Group Finance Director and Vice-Chairman and in various business leadership positions. He was Chief Executive Officer of JP Morgan Cazenove, a London-based investment banking business.

Mr Kheraj is currently Chairman of Rothesay Life, a specialist pensions insurer, Deputy Chairman of Standard Chartered, an international banking group and is a member of the Finance Committee of the University of Cambridge. He has recently been appointed to the board of Gavi, The Vaccine Alliance as an independent member. He will be the Chair of the Audit and Finance Committee from the beginning of 2022.

Mr Kheraj is a former Non-Executive Director of National Health Service England, and has served as a Senior Adviser to Her Majesty’s Revenue and Customs Service and to the Financial Services Authority in the UK. He has also served as a member of the Board of the UK-US Fulbright Commission, the Princes Trust Development Board, the Investment Committee of the Wellcome Trust and the Finance Committee of Oxford University Press.

Naguib was educated at Dulwich College, London and Cambridge University where he graduated with a degree in Economics.

Karina Govindji is Director of Diversity, Equity and Inclusion  at Google, covering   Europe, Middle  East, Africa and Latin America and is a member of Google’s global employee engagement leadership team. Her role focuses on increasing diversity, ensuring equity for under-represented communities, and enabling an environment of belonging for over 20,000 employees across 36 countries.

Prior to joining Google, Mrs  Govindji was the Global Head of Diversity and Inclusion at Vodafone. Central to her role was creating an inclusive culture while driving Vodafone’s ambition to be the best company for women by 2025. Previously, she spent ten years at Gallup where she was on the European Management team and led a team of consultants, advising organisations on strengths and employee engagement, to drive improved productivity and performance. Her career started with seven years on the Graduate Scheme at Kingfisher.

Mrs Govindji has many years of voluntary service, with a particular focus on human resources, including  supporting  recruitment  for  the Aga  Khan

Development  Network  and  serving  as  a member of the Ismaili Council for the UK. In 2017 Mrs Govindji was awarded the Power of Women award for Diversity and Inclusion and the prestigious Asian Woman of Achievement Award for Business in 2014.

She has a BA Hons in Social and Political Science from Cambridge University and a postgraduate Business Diploma from Oxford University. She is a member of the Board of Governors of Marymount International School, an International Baccalaureate girls boarding school in London.

Habib Motani has spent the whole of his professional career with the international law firm Clifford Chance. He was a banking and finance partner for some 30 years and established and led the firm's Global Derivatives group, where he is now a consultant. He is a Visiting Professor at the School of Law at the University of Edinburgh.

Foundation (UK) and is its company secretary. He is a trustee of The Aga Khan University (International) in the UK.

Mr Motani has served as a trustee of arts charities, such as the National Association for Gallery Education and Bow Arts Trust, and is a Lay Governor at the Glasgow School of Art. He is also a member of the Steering Group of the Canary Wharf Multi-faith Chaplaincy. He graduated with a degree in Law from Cambridge University and then qualified as a solicitor.

The Board of Trustees meets annually, to determine the annual operational plan and budget, and may meet more often as required. The minutes from these meetings are available to view below: