The Impact of Greek Neoplatonism on Arabic Philosophy: Plotinus’ Concept of the Universal Intellect and Soul 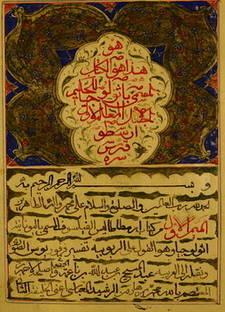 This lecture focuses on the Arabic adaptation of the influential treatise On the Immortality of the Soul by the Greek Neoplatonism philosopher Plotinus (d. 270) and its impact on Arabic-Islamic Philosophy.

This treatise, together with several other writings by Plotinus, was translated into Arabic at an early stage of the Graeco-Arabic translation programme. The Arabic adaptation of On the Immortality of the Soul is present, almost in its entirety, in the so-called pseudo-‘Theology of Aristotle’, a work which had a great influence on Arabic-Islamic philosophy.

This treatise contains, in all likelihood, the first appearance of the influential doctrine that the First Cause produces the First Intellect, then the Soul, and by the mediation of the Intellect and the Soul it produces the visible world. Thus, the Arabic pseudo-‘Aristotle’ endorses Plotinus’ ‘priority scale.’ 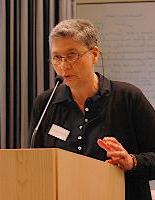 Professor Cristina D'Ancona is the Associate Professor of Medieval Philosophy at the University of Pisa. Her teaching includes late Antique philosophy and Arabic Philosophy (Medieval). In 2010-2015 Professor D'Ancona acted as the P.I. of the ERC and Ideas Advanced Grant project "Greek into Arabic: Philosophical Concepts and Linguistic Bridges." Her fields of research include Greek Neoplatonism and Medieval Philosophy, both Arabic and Latin.