Book Launch of The Fatimid Caliphate: Diversity of Traditions 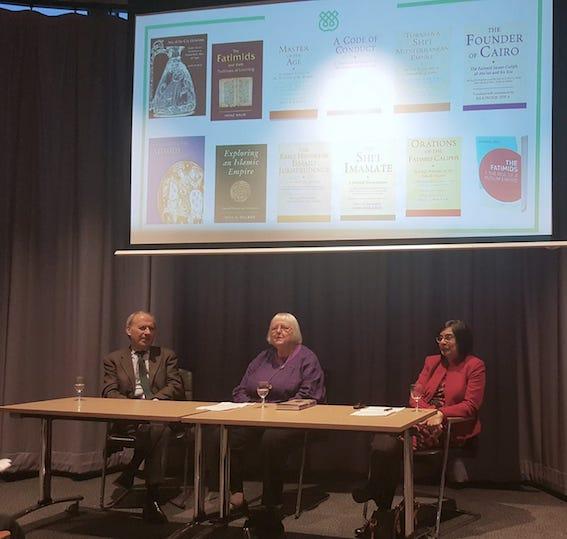 During the event, Professor Hillenbrand questioned the authors on the various research areas which have been presented in each chapter. Based on analyses of primary sources, the chapters shed fresh light on the distinctive nature of the Fatimid empire, through exploring the notions of authority, models of administration, the nature and context of regional and religious rivalries, the role of women in society as well as in Sunni law, and particularly the legacy of the Fatimid caliphate

in the centuries after its demise.

ruled much of the Mediterranean world for over two centuries. From the conquest of Qayrawan

in 909 to the defeat at the hands of Saladin in 1171, the Fatimid caliphate governed a vast area stretching, at its peak, from the Red Sea in the East to the Atlantic Ocean in the West. In keeping with forms of government that had become characteristic of Muslim polities in the post-Prophetic era, the Fatimids instituted positions such as those of imam

, and wazir. They likewise minted coins, regulated the marketplace, defended the frontiers, and directed the performance of communal rituals and the consecration of public spaces of worship.

Their leaders - the Ismaili Shi‘i Imam-caliphs - were distinctive in largely pursuing a policy of tolerance towards the religious and ethnic communities of their realm, and they embraced diverse approaches to the practicalities of administering a vast empire. Such methods of negotiating government and diversity created a lasting pluralistic legacy throughout their two and a half centuries of rule.

Commenting on the content of the publication, Professor Carole Hillenbrand said:

“This book offers numerous intriguing perspectives on one of the key dynasties of the medieval Islamic world. The Fatimid empire (969-1171), set strategically athwart Asia and Africa, was the first Shi‘ite

state and its missionaries ranged far and wide. Here, in this book, major contemporary scholars of Fatimid history and thought tackle such significant issues as the nature of the vizierate, the role of women in contemporary religious life and how this dynasty, which claimed caliphal status, was seen by its rivals to east and west. These studies of the origins and legacy of the Fatimids are innovative explorations of the religious and political culture of this important dynasty.”

This publication is part of the Institute’s Ismaili Heritage Series, which aims to provide audiences with the results of modern scholarship on the Ismailis and their rich intellectual and cultural heritage, as well as certain aspects of their more recent history and achievements.