Intellectual Interactions in the Islamic World: The Ismaili Thread 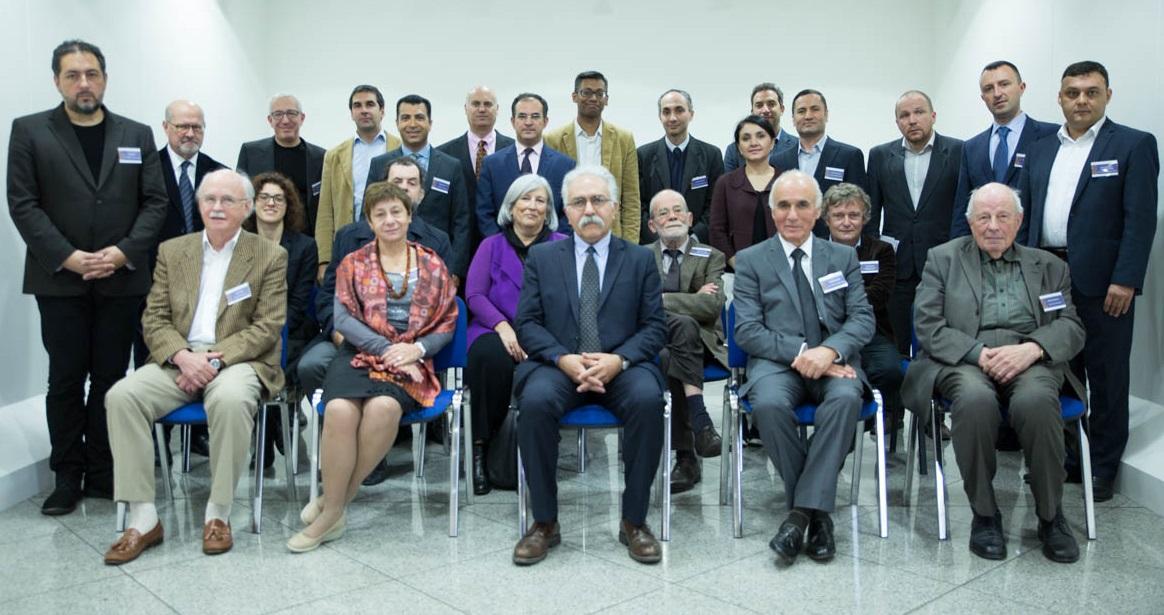 Video Highlights of the conference

The Intellectual Interactions in the Islamic World: The Ismaili Thread conference brought together an international team of over thirty leading scholars who presented to an audience of researchers, professionals, and students. Through the study of interactions between Ismailis and non-Ismaili Shi‘i and Sunni currents, the conference situated Ismaili thought within the broader context of Islamic intellectual history. Held at The Institute of Ismaili Studies, the conference aimed to address intellectual exchanges and doctrinal interconnections between Ismailis, and other groups and movements, within the complex cultural landscape of intellectual interactions within and between religious traditions.


Speaking about the aims of the conference, Dr Gurdofarid Miskinzoda, Head of the Shi‘i Studies Unit said:

“This conference fits perfectly within the vision and aims of Shi‘i Studies at the IIS. It takes the Ismailis as a case study, but looks to promote and encourage scholarship that enhances the understanding of the plurality of traditions within Shi‘i Islam, in both its historical and contemporary contexts, as well as against the background of wider interpretations within the Judaeo-Christian-Muslim traditions. Furthermore, it elucidates common grounds among these various traditions based on a comprehensive, comparative, multidisciplinary and civilisational approach. I hope this approach opens up new avenues not only in Shi‘i Studies, but also in Islamic studies in general.”

Over the course of the conference, the scholars’ contributions covered incipient Ismailism, as well as later developments such as during the Fatimid period, the Nizaris

“The starting point for this conference was the fact that Islam is not, and has never been, a monolith: it is a complex organism consisting of various groups and various currents of thought. Looking at the interactions between these groups helps us to understand how this immensely diversified organism works as a whole, and it also gives us a new point of view on any individual group ‑ in this case the Ismailis ‑ within that whole. The insights and questions that arise are different from what we can see when we study this group separately, independently of its interconnections with other groups. This approach is necessarily comparative and interdisciplinary, because if we want to study the interactions between the Ismailis and a broad range of other movements of the Islamic world, we need specialists with expertise in various Islamic trends and in various areas, such as history, theology, philosophy, mysticism, law and others. And I am therefore very grateful to all my colleagues, from the Institute of Ismaili Studies and from other universities and research institutions, who expressed their interest in this project and supported it with their enthusiasm and their brilliant contributions.”

Commenting on the relevance of the conference, a participant, Professor Daniel De Smet, from the French national Centre for Scientific Research said:

“It was a fascinating conference, which enabled me to once again see the richness of the Ismaili tradition. We passed from Indian traditions to Greek Neoplatonism, from philosophy to mysticism, from history to doctrinal and religious subjects - it was an incredibly enriching experience.”

Intellectual Interactions in the Islamic World is also being published into an edited volume, which is being divided into eight broad chapters: sources and their interpretation, the Ikhwan al-Safa and the Ismailis, polemics, authority and law, philosophy, mystical, gnostic and messianic trends, Ismaili-Sufi relationships and exegesis and interactions across religious boundaries.

The goal of this conference and of the subsequent edited volume is to provide a panoramic outlook at the most recent scholarship and at the new research vistas in this field. The conference further enabled participants and scholars to network and collaborate in the field of Islamic studies, particularly related to Ismaili intellectual history.