Professor Amir-Moezzi Receives Prize for the History of Religions 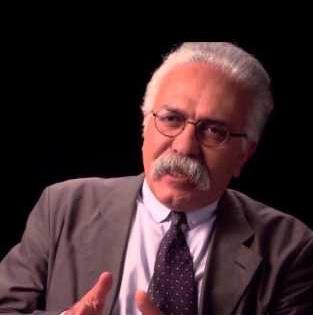 Professor Amir-Moezzi, Director of Islamic Studies at École Pratique des Hautes Études, Sorbonne University and IIS Research Fellow, was honored with the Prize for the History of Religions by the Pierre-Antoine Bernheim’s Friends Foundation (French Academy) for his book The Proof of God: Shi‘ite

) – one of the central chapters of The Sufficient Book (Kitāb al-Kafī). Large excerpts from the original Arabic text have been magisterially translated into French and complemented by in-depth analytical comments, thus allowing unprecedented access into extremely vivid theoretical insights. Elaborating on the nature of the “Proof” which, in the Shiʿite terminology identifies the central figure, i.e., the guide (imām) of mystical spirituality, this volume resourcefully contributes in portraying Shiʿi Islam in its kaleidoscopic nature, not merely, as Amir

-Moezzi himself puts it, as ‘the politico-religious ideology of its “clergy”’, but also and above all as an inspirational religion ‘enriching Muslim thought and spirituality, sometimes with unusual finesse and sophistication.’”

The renowned Kitāb al-Kafī is divided into three sections: Usūl al-Kāfī, which is concerned with epistemology, theology, history, ethics, supplication, and the Qur’an

; Furūʿ al-Kāfī, which is concerned with practical and legal issues; and Rawdat al-Kāfī, which includes lengthy letters and speeches transmitted from the Imams. The title of Professor Amir-Moezzi’s book has been inspired by the Kitāb al-Hujja (Book of Proof) which is part of the Usūl al-Kāfī. In Shi‘i Islam, Prophets and Imams are designated ‘proofs’ of God’s presence on earth who provide guidance and the esoteric teachings of faith. In his book, Professor Amir-Moezzi includes an epilogue that allows the reader to follow the thread of intellectual history and Shi‘i mysticism from the Abbasid period until contemporary times.

“The Proof of God (original title La preuve de Dieu) by Mohammad Ali Amir-Moezzi is a lucid and masterfully written introduction to the doctrines of early Shiʿism, in particular those concerning the figure of the divine guide, the Imam

. The book presents to the reader one of the most important works of the Shiʿi intellectual heritage, Kulayni’s Book of the Proof (Kitāb al-ḥujja), selected excerpts from which are translated by the author and provided with helpful annotations. Amir-Moezzi’s talent to convey elaborate theories in a simple and accessible way and his broad erudition makes this book fascinating reading for everyone interested in the theoretical foundations of the Shiʿi Islam.”

Created in 2011, the Pierre-Antoine Bernheim’s Friends Foundation serves to perpetuate the memory of the late Pierre-Antoine Bernheim. Dedicated to the promotion of history of religions, it aims to reward recent works, the most outstanding achievements in this area, and more generally to promote the dissemination of knowledge in this field.