He also has an M.Sc and M.Phil in History from Quaid - I - Azam University, Islamabad, Pakistan.

In 2016, Muhammad was awarded the IIS Doctoral Scholarship to pursue a PhD in Political History at Royal Holloway, University of London. His thesis, provisionally entitled 'Historicising Perceptions Of The West In Pakistan’s Political Discourse' will explore the history of how definitions of the West as the “other” have been formulated and disseminated as a means to accrue political power and effect hegemony by interested groups e.g. political parties and various regimes. This research will be examining the development of narratives about the West as these were expressed during significant moments of political activity within Pakistan.

Previously, Dost Khan worked as a visiting lecturer of Historiography at the History Department, Quaid – I – Azam University, Islamabad, Pakistan. 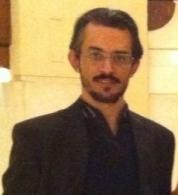