Rafiq Ajani received a B.Sc in Computer Systems Engineering from GIK Institute of Science and Technology, Pakistan in 1998. Rafiq worked as a Java programmer and software designer for the ABN AMRO Bank in the Netherlands before joining IIS as a GPISH graduate.

After completing GPISH (2005), Rafiq obtained an MA in philosophy and literature from the University of Warwick, with a dissertation on ‘Understanding of History in Heidegger’s Being and Time and Nietzsche’s Second Untimely Meditation.’ This paper focused on understanding the link between historicity and history as a science by reading Nietzsche’s work in light of Heidegger’s.

In 2007, Rafiq was awarded the IIS Doctoral Scholarship to pursue a PhD in Islamic Studies at the University of Exeter. His thesis, provisionally entitled ‘Alternate View of Ethics in Islam: A history of the development of the concept of "Rindī" from the 11th century to the 14th century in Persian literature and its significance on ethics in Islam’ will try to consider “Rindī” as a possible ethical disposition in Islam.

Previously, Rafiq worked as a Teaching Assistant and Research Consultant at the IIS.  Currently, he is engaged with DARP-CSU’s bioethics project, which aims to map the landscape of Muslim responses to biomedical and social issues. 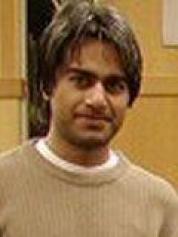