Printing and Translating the Qur'an: Controversies in late Ottoman and modern Turkey 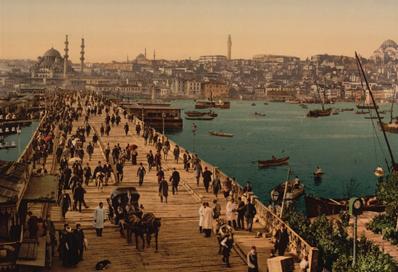 The Institute of Ismaili Studies invites you to attend this lecture on the occasion of the launch of M. Brett Wilson’s book entitled Translating the Qur’an in an Age of Nationalism: Print, Culture and Modern Islam in Turkey (Oxford University Press, 2014). A special discount flyer will be available on the evening only.

in period that comprised the end of the Ottoman Empire and the beginning of the new Republic of Turkey, roughly between 1840 and 1940. It is the first historical survey of how the Qur’an became a modern book, that is, one which was mechanically reproduced, widely owned and read in a vernacular language (Turkish in this case).

During the period surveyed in the book, the taboos against translating and printing the Qur’an were broken as Muslims around the world came to view the translation of the Qur’an as an important component for educating Muslims about the central text of Islam and also for use in spreading Islam to Europe and America.
The Ottoman printings of the Qur’an set new precedents for the text’s mass production in the Muslim world and beyond. Moreover, after the fall of the Ottoman Empire, the use of Turkish-language translations in Muslim rituals and in nation building within the Turkish Republic shaped the general thinking about the function of translations in modern Muslim communities.

The book combines Turkish History and Islamic Studies, showing the new avenues of research made possible by the cross-fertilisation of these two fields. Prof. Wilson’s work draws extensively upon previously untapped material from the Ottoman archives, and from newspapers, memoirs and journals in both Turkish and Arabic, thereby bridging the gap between the Arabic and Turkish debates on religious modernisation and providing a fresh perspective on the process during the transition from empire to republic.

The book also contains a number of key photographs which help to bring the arguments to life and give a sense of the time, place and context in which the book is set. A helpful map of the Ottoman Empire and its surroundings is also included.

Professor M. Brett Wilson is Assistant Professor of Religious Studies at Macalester College. He holds a PhD in Religion with a specialisation in Islamic Studies from Duke University. His scholarship has appeared in the International Journal of Middle East Studies, Comparative Islamic Studies and the Encyclopaedia of Women in Islamic Cultures. In the days prior to the Lecture/Book Launch, Professor Wilson will deliver a paper titled on ‘Caliph

and Qur’an: Re-imagining Religious Identity Across the Mediterranean (1919-1939)’ at the First Gingko Conference on ‘The First World War and its Aftermath: The Shaping of the Middle East'.

A Baroque Jesuit’s Encounter with the Qur’an: The Translation and Commentary of Ignazio Lomellini (1622)
Fatimid Rejection of ghuluww. Outlines of the Kitāb al-Kashf attributed to Jaʿfar b. Mansūr al-Yaman
Creation and Artifice: The Metaphysics of Primary and Secondary Causality