The Renaissance of Shiʿi Islam in the 15th–17th Centuries: Facets of Thought and Practice

An international conference that examines one of the most intriguing periods in the history of Shi'i Islam and brings together some of the leading scholars in the field.

(12.17 MB)
Please note, that the conference proceedings will only available as a live stream, and will not be available to view post the event. 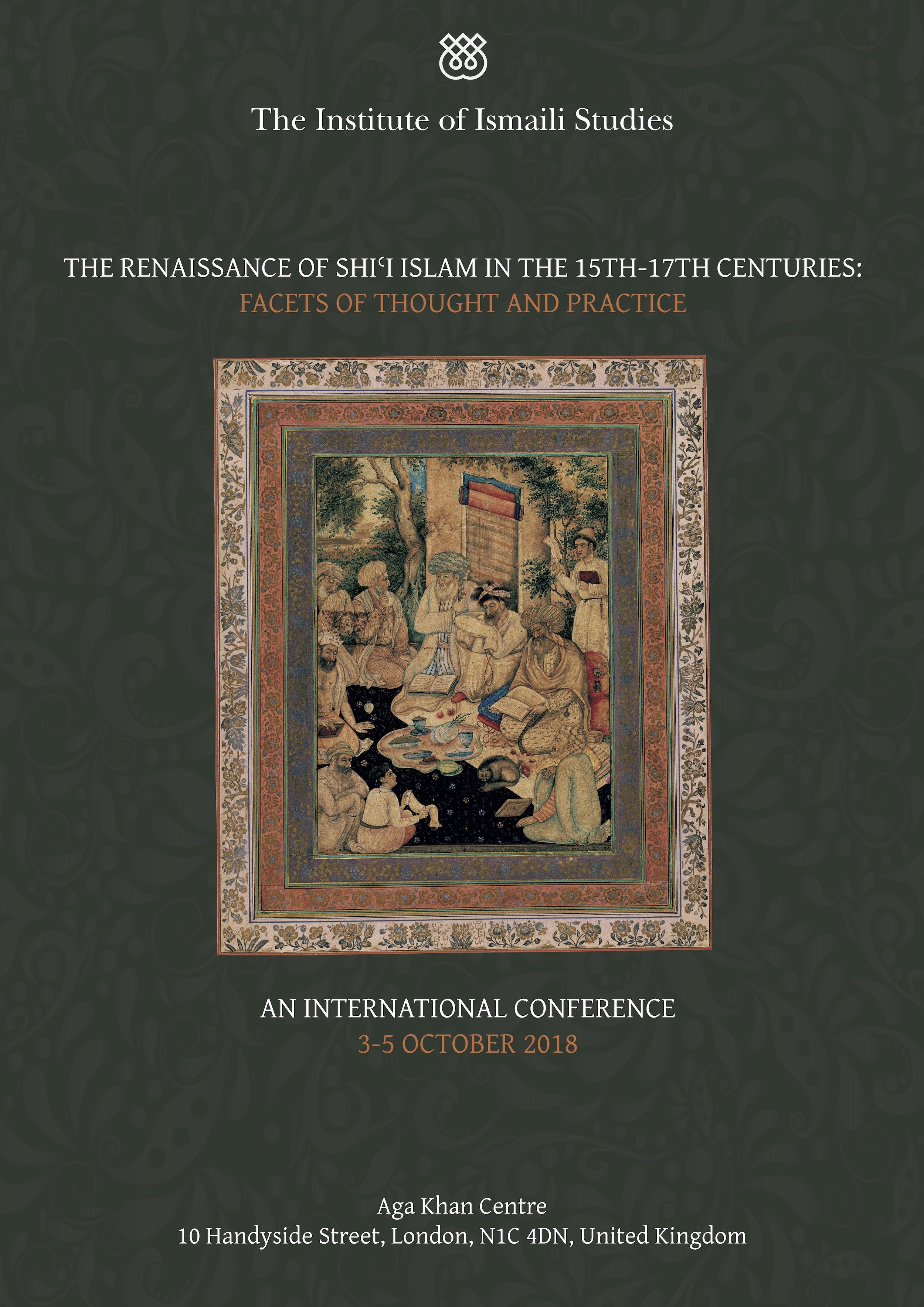 The 15th century marked the renaissance of the Ismaili and Twelver Shiʿi traditions after centuries of marginalization. It was with the commencement of the imamate

of Mustanṣir biʾllāh II around 868/1463– 1464, that the Anjudān revival of the Nizārī Ismailis began. Around the same time, several Shiʿi messianic movements emerged in Iran and spread to the neighbouring countries. One of these, the Safavids

, became particularly successful: in 1500, led by the youthful Ismāʿīl I, the Safavid forces defeated the army of the Aq Qoyunlu, and a year later, in the summer of 1501, took their capital Tabriz, thus establishing the Safavid state which then became an empire and the first major Shiʿi power since the fall of the Fatimids

in 1171. However, the complexities of the roles of different groups, movements and currents of thought in the complicated process which can be described as ‘the Renaissance of Shiʿi Islam in the 15th and 17th centuries’ remain unexplored. The aim of this conference is to investigate and evaluate these contributions, taking into account the most recent scholarship in the field.

In particular, we intend to address the following subjects:

Approaching Religious Texts in Early Islam: The Sanaa Qur’an Palimpsest as Example
A Baroque Jesuit’s Encounter with the Qur’an: The Translation and Commentary of Ignazio Lomellini (1622)
Esoteric Cultures of Scripture Conference