Evolution of the Shi‘a Ismaili Tradition in Central Asia

Due to broad scope of the spread, historical longevity, lack of data and credible research, writing a brief article about Central Asian Shi‘a

Ismaili Muslims represents a very challenging task. One can only provide a preliminary overview since a great deal of research is still under way. In geographical terms, Central Asia covers a very broad area including Afghanistan, Kazakhstan, Kyrgizstan, Northern Areas of Pakistan, Tajikistan, Uzbekistan, Xinjiang province of China and northeastern parts of Iran (also known as Khurasan

). This makes Central Asia a region where perhaps the majority of the modern Ismaili community lives. Their presence is concentrated in the following regions: Iran; Central part of Afghanistan (i.e., Kabul and Kayan valley of Baghlan province where the Ismailis are of Hazara background); and Badakhshan, i.e. the mountainous valleys that stretch between northeast Afghanistan, Northern Areas of Pakistan, Badakhshan province of Tajikistan and Tashkurghan district of Xinjiang province of China. In modern times, some of these communities have been fairly mobile. As a result of past migration, they now live in many other parts of Central Asia, South Asia, Russia, as well as Europe and North America.

In a broad historical and cultural sense, Central Asia has always exhibited intellectual dynamism and cultural pluralism. As a Silk Road highway, Central Asia has been a place where several religions-Zoroastrianism, Buddhism, Nestorian Christianity, Judaism, Manichaeism, and Islam- encountered each other, making Central Asia one of the most pluralistic in the regions of the mediaeval world. The spread of Islam in Central Asia since the 8th century CE resulted in internal diversity, which is reflected in the presence of many Sunni and Shi‘a communities. In addition, some of the major Muslim Sufi orders such as the Naqshbandiya and the Qadiriya played a vital role in spreading Islam further East and North of Central Asia.

This article will focus only on the Tajik Ismailis. They belong to the larger Badakhshani Ismaili constituency and represent vividly the spiritual and cultural heritage of Ismailis in that region. The current Ismaili population is found in the Badakhshan province and other parts of Tajikistan. Many Ismailis have also migrated to Kyrgyzstan (Osh and Bishkek), Kazakhstan (Alma Ata) and Russia (Moscow, Saint Petersburg, Saratov and other cities). 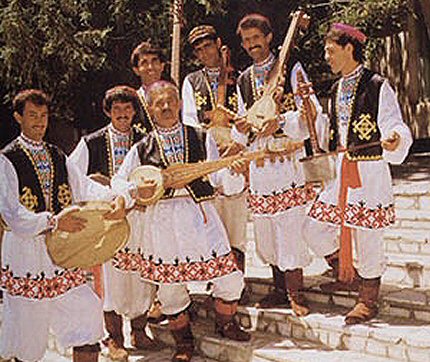 The history of the Tajik Ismailis, living on both sides of the Panj River, can be divided into three core periods.

The spread of Ismaili Islam in Transoxania

was related to the broader Shi‘a Ismaili da‘wa of that era. Central Asia was one of the hubs of this spread, led by several prominent hujjahs and da‘i

s who taught the Ismaili interpretation of Islam. The da‘is spread Ismaili Islam to the Samanid court whose Emir was Nasr II bin Ahmad Samani (914-943 CE). Many great scholars of that time eventually committed to Ismaili Islam, giving birth to some of the most famous thinkers of the Muslim world, such as Abu Ali ibn Sina, Al-Biruni and Firdousi who were either Ismailis or had been influenced by the Ismaili tradition of learning and interpretation of Islam.

(1034-1300 CE) rules, many Muslim communities, including the Ismailis, across Central Asia and Sind

were subjected to persecution because these rulers were unsympathetic to their intellectual life and tradition. This situation resulted in the migration of the Ismailis from the valleys and cities of Khurasan and Transoxania to remote mountainous areas, such as those in Badakhshan. It is therefore not accidental that the great Ismaili thinker and poet of the time of the Fatimid Caliph-Imam Al-Mustansir bi-Allah, Nasir Khusraw, took refuge in Badakhshan and spent a good part of his life there. His success in spreading Ismaili teachings was enabled by the local ruler of Badakhshan, Ali ibn Asad, who was an Ismaili.

In the post-Mongol period of the history of Central Asia, we see the creation of states such as the Shi‘a Safavid state in Iran and the Sunni Timurid and Shaybanid states in Central Asia. Because of continuing enmity from some of these rulers, Ismaili influence in Central Asia was marginalized. The geographical isolation and the institution of the da‘wa sustained their religious and cultural life, parallel to those of Sufi Tariqah

s in the region. Considerable scholarly attention is now being devoted to recreate this relatively unexamined period of Ismaili history. 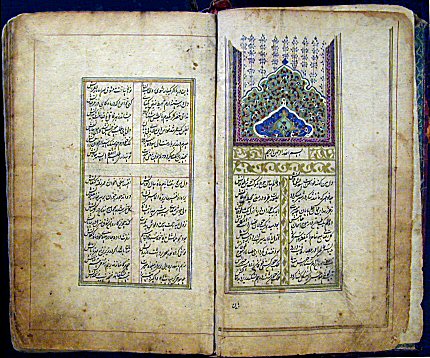 Towards the middle of the 19th century, the Great Game, broadly defined as an economic, military and ideological rivalry for colonial expansionism, initiated by imperial Great Britain and Russia, further fragmented the region and created zones of interest. Consequently, the Ismailis became embedded within the conflicts between imperial Russia, Britain, China and Afghanistan; their destinies became intimately linked to the political histories of the emerging nation-states in the region.

Gilgit and Chitral, as part of the British Empire in India, were integrated into Pakistan. Afghan Badakhshan went through endless periods of turbulent experiences under various Afghan dynasties, followed by the Communist regime (1979-1992), and subsequent wars between the Mujahidin and the Taliban movements (1992-2001). The Ismailis who lived on the Eastern Pamir Mountains (Sariqul) were incorporated into China. Together with the rest of the Chinese people, they have experienced the Cultural Revolution, a changing and evolving pattern of Chinese Communist and nationalist rule, and globalization.

The course of the Ismailis under Russian/Soviet rule is punctuated by a series of ups and downs, moments of relief, followed by traumatic social cataclysm. The early Russians and, following the 1917 revolution, the Soviets, selected Badakhshan (also known as the Pamir) as one of the regions in which to initiate a socialist revolution in the Muslim East and, therefore, invested heavily in its modernization. The Tajik Ismailis played a vital role in the creation and development of Tajik statehood. The Soviets built modern schools, hospitals, cultural centers, powerhouses, roads, and airports in all major areas of the province.

Badakhshan ranked highest in the entire Soviet Union in terms of the number of individuals holding higher education degrees. It produced a great number of highly educated professionals who made valuable contributions to Tajik society. Improved health, education, social welfare and security resulted in rapid demographic changes and greater mobility, which prompted many Ismailis to migrate to Tajikistan’s lowlands and other parts of the Soviet Union.

On the negative side, Soviet times also witnessed periods of forced collectivization of agriculture, during which lands were nationalized and certain types of crop production (e.g., tobacco and cotton) were forced upon people. Forced migration of the mountainous Ismailis to the southern lowlands of Tajikistan with radically different climatic conditions resulted in the death of many. Under various pretexts, Stalinist purges eliminated a great number of the Ismaili political, intellectual, and cultural elite. Local youth were encouraged to move to other parts of the Soviet Union to fill the human resource deficit in the labor market. The Cultural Revolution, carried out in the name of creating a “new Soviet human being” who was to be above religious, ethnic and cultural “prejudices”, also impacted the Ismailis. Being a “Soviet human being”, however, was not very different from being or becoming “Russian”, and while education was free and comprehensive, its quality and relevance to the community’s development and culture remained questionable.

The harshest impact under the Soviet Union was on the religious life and faith of the people. The Communists consistently regarded all religions as myths, superstitions and expressions of fanaticism. From 1936, the Tajik Afghan border was sealed. This resulted in disconnecting the Ismailis of Tajikistan from their Afghan brothers and sisters. Contact with the Imam was physically impossible. Under the pressure of militant atheism, local Pirs were either jailed or fled the country. Khalifas went underground. Performance of religious rites and rituals were forbidden. Though risky, members of the Jamat sustained, in private, their devotional traditions.

This policy was relaxed during the Khrushchev era when the Soviets realized the impossibility of eradicating religion and, therefore, decided to change their tactics. In order to keep religion under their control, the Soviets created official religious structures. Thence forward, Khalifas were appointed by the state, but still, the observance of religious practices remained a highly private and concealed domain of life.

In the 1980s and early 1990s, the Ismailis, like many others excited by the promise of Perestroika (Reconstruction) and Glasnost (Openness), became involved in the broader processes of political, cultural, and religious change. Unfortunately, a tragic civil war ensued in Tajikistan and many Ismailis, like others, were victims of the conflict. During and after the war, many Ismailis took refuge in Badakhshan and other parts of the former Soviet Union. During 1992-1993, Badakhshan became somewhat isolated from the rest of Tajikistan and the former USSR. This led to a period of intense introspection about changing conditions and the role of the people of the Pamir in the new configuration.

Looking to the future with hope

The change in political climate and the restoration of stability, combined with the arrival of the Aga Khan Development Network (AKDN) and the re-establishment of the physical connection with the Imam-of-the-Time, His Highness the Aga Khan, as well as the global Ismaili community has brought about a new climate of hope. Various institutions began working in the area in varying capacities: providing humanitarian assistance, food and clothing; supporting the local Government in creating grassroots involvement and technical support in all of the post-Soviet reforms; supporting the development of small businesses and industries; training educational personnel and providing scholarships to study abroad; and aiming additionally to facilitate the development of citizens through the teaching of ethics, knowledge of good governance and adaptive skills necessary for the changing environment.

Apart from these, the two very moving and inspirational visits of His Highness the Aga Khan to Tajikistan in 1995 and 1998 generated a new spirit in all the people of the region. For the first time in centuries, the Ismailis and their fellow Muslims of Badakhshan joined in recognizing their common aspirations. During both his visits, His Highness stressed the importance of peaceful co-existence, education and ethics for the development of the economy and civil society in Central Asia. These visits substantially raised self-confidence among the population, sparked hope in many people, and contributed to the peace process. The people of the Pamirs face the future as a revitalized and confident community that hopes to play a constructive role within the larger Ismaili Muslim community in general and Central Asia in particular.

This is an edited version of an article originally published in The Ismaili UK in 2002.

In this study, the author writes about the history of the Tajik Ismailis who belong to the larger Badakhshani Ismaili community living on both sides of the Panj River that divides Afghanistan and Tajikistan. The Tajik Ismailis constitute one of the largest and...