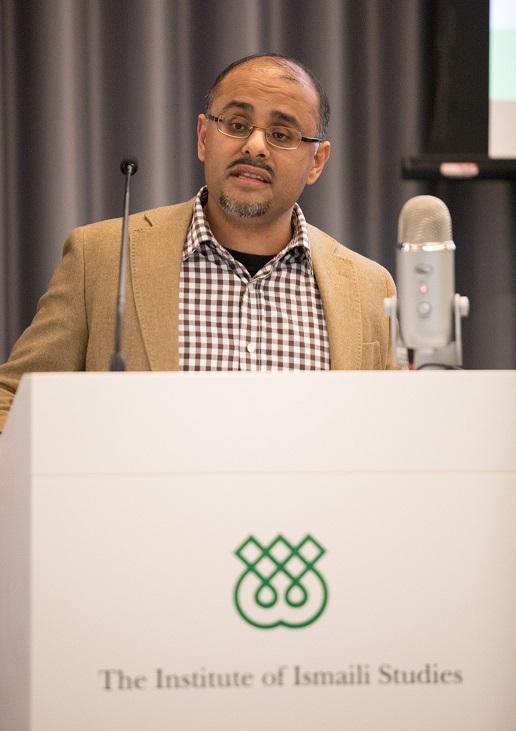 Given the importance of ʿAyn al-Quḍāt Hamadānī (d. 525/1131), there is relatively little scholarship on him that is entirely reliable, and major features of his thought - such as his engagement with the Qur’an

- remain unexamined. ʿAyn al-Quḍāt was a mystic, philosopher, theologian, and judge who was born in the western Iranian city of Hamadan. He was the student of Aḥmad al-Ghazālī (d. 520/1126), and is best known as a maverick-like figure who was put to death by the Seljuq government at the tender age of thirty-four, ostensibly on charges of heresy. Looking beyond the causes surrounding his state-sponsored execution and to his writings, ʿAyn al-Quḍāt emerges as a first-rate thinker who was thoroughly conversant in the Islamic intellectual and spiritual sciences, along with Arabic and Persian poetry.

During the lecture, Professor Rustom took the opportunity to share some of the key features of ʿAyn al-Quḍāt’s Qur’anic vision. He focused on the importance that he placed upon the Qur’an’s all-encompassing nature, and his notion of cultivating “worthiness” (ahliyya) in order to better understand the depths of the Qur’an. Professor Rustom said:

“One perspective is that ʿAyn al-Quḍāt’s equates the Qur’an itself with Paradise. However far off this may seem to most people. He has said that, ‘Paradise is the Qur’an, but you are unaware.’ From another perspective, he likens the Qur’an to a rope, in keeping with the well-known hadith

which states the Qur’an is a rope that extends from heaven to earth. This rope allows the one who grasps it to be pulled into the very presence of God…When you see the beauty of the Qur’an, you will come out of habit worship, such that you will become worthy of the Qur’an. These people are worthy as they have reached the reality of God’s word itself.”

Library, London. The collection is part of the late Professor Schimmel’s personal collection, which was donated, upon her request, to the various scholars and institutions with whom she was affiliated with.

Mohammed Rustom who is a recipient of the 2018 Annemarie Schimmel Fellowship programme referred to her as, “Someone who we inspire to be like. She used to be such a great historian and I try to embody that in my writings.” The Fellowship is presented every three years to a scholar working in fields of interest to the late Professor Schimmel such as Islamic mysticism, Arabic, Persian and South Asian literatures and literary and artistic expressions of Muslim devotional life.