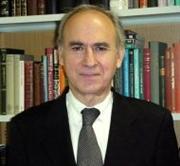 Dr Farhad Daftary, Dr Farhad Daftary, Head of the Department of Academic Research and Publications was inducted into the prestigious Union Européenne des Arabisants et Islamisants at its 20th Congress in Budapest from the 10th - 17th September, 2000 in conjunction with the publication of Aszaszin Legendák, a Hungarian translation of The Assassin Legends: Myths of the Isma'ilis (I. B. Tauris, 1994). The first book in the field of Ismaili Studies ever to appear in Hungarian, the new translation by Dr István Hajnal provides a new introduction, an expanded bibliography incorporating Russian and Hungarian sources, a glossary, and a number of new maps and photos of Ismaili castles not included in the original English version of this work. 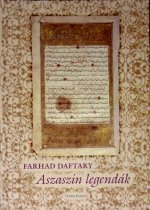 On the evening of September 11, 2000, a special session introducing and launching the Hungarian version of the book was organized in conjunction with the 20th Congress. Prof József Laszlovszky, Head of the Department of Medieval Studies at the Central European University in Hungary began the session with a talk about the importance of The Assassin Legends in the context of Mediaeval European Studies. The translator, Dr István Hajnal, an Arabist in the Department of Arabic and Semitic Languages and Literature at Eötvös Loránd University, the venue of the Congress, followed with a presentation about the translation of the work and its importance. Dr Daftary concluded the session talking about the book and its contribution to the larger fields of Islamic and Ismaili Studies.


Dr Hajnal is currently working on translating two other books in the field of Shi'i Studies into Hungarian: Daftary's A Short History of the Ismailis: Traditions of a Muslim Community (Edinburgh, 1998) and Heinz Halm's Shi'ism (Edinburgh , 1992). The Congress held at Hungary's first institute of higher education, today Eötvös Loránd University, has a significant history of teaching Arabic and Islamic Studies, with its first courses in the field offered in 1635.