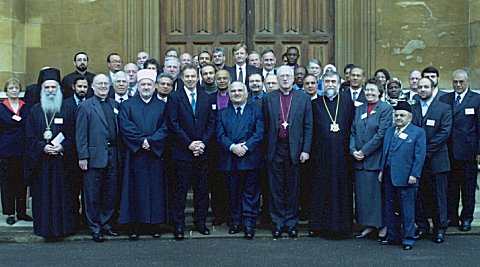 Professor Azim Nanji, Director of the IIS, was invited by the Archbishop of Canterbury to participate in the two-day seminar, “Building Bridges: Overcoming Obstacles in Christian-Muslim Relations”, held at Lambeth Palace in January 2002. Nearly forty Muslim and Christian scholars from Britain and around the world gathered in an interfaith dialogue to listen and grow in mutual understanding, to offer fresh insights and to build bridges of friendship and respect.


The gathering was hosted by Dr George Carey who, during his term as the 103rd Archbishop of Canterbury, has made interfaith relations a significant aspect of his work. The seminar addressed topics of common concern to the faith communities and facilitated open discussion amongst its delegates. It is hoped that the presentations and resultant discussions will help set the stage for future dialogues on history, theology and social issues, as well as aspects of pluralism and secularism. British Prime Minister Tony Blair expressed his strong support for the seminar and, in his opening remarks, emphasised the need for globalisation of knowledge and understanding: “It is knowledge that helps people realize what they have in common; it’s knowledge and understanding that brings people together rather than sets them apart”.


Professor Nanji chaired the session entitled “Setting the Agenda”, which explored such issues as the perceived confrontation between the ‘West’ and ‘Islam’, globalisation, pluralism and the setting of a common interfaith agenda by Muslims and Christians.