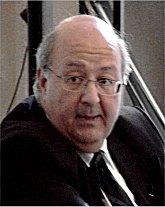 Professor Ersin Kalayçioglu led the ninth and final seminar as part of the Institute’s “Civil Society in Comparative Muslim Contexts” Seminar Series with an exploration of “Civic Culture in ‘Secular’ Turkey”. In his presentation, Professor Kalayçioglu explored the relationship of civic movements in Turkey with the State apparatus. He illustrated that Turkey’s low membership in voluntary organisations may be partly explained by a culture that is deeply distrustful in interpersonal terms, leading to a fragmented civil society with low citizen participation.


He observed that the State tends not to combat or promote civil society, but is more likely to welcome economic, labour and gender-related organisations rather than religious groups. Consequently, the relationship of the State with civil society is one of disinterest, as long as there are no regime-resisting protestations. Professor Kalayçioglu conjectured that a strategy of secular human rights-based activism by religious groups in the long term would likely be a more acceptable, non-threatening strategy for religious groups to become an integral part of Turkish civil society – based on the recent experience of women’s groups in the country.