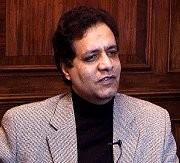 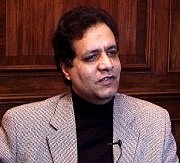 On 23rd March 2001, the Institute invited Dr Iftikhar Malik to speak at the fourth session of the “Civil Society in Comparative Muslim Contexts” seminar series. Dr Malik, a Fellow of the Royal Historical Society and author of several books on Pakistan and Muslim politics, gave an insightful presentation titled “Pakistan: Between Identity Politics and Civil Society”, which looked primarily at the changing relationship between Islam and State in South Asia and Pakistan.


In his opening remarks, Dr Amyn Sajoo, Visiting Fellow and series co-ordinator, reminded the audience of the indigenous roots of civic participation in Pakistan. This was reflected in His Highness the Aga Khan’s speech made in Islamabad last October on the ethical basis of civic solidarity in the context of Indigenous Philanthropy.


The Institute looks forward to welcoming a host of distinguished speakers in the next few months. They will include Professor Abdou Filali-Ansari and Dr Norani Othman on the prospects for civil society in the Maghreb


Details of future sessions appear on the Seminars, Conferences & Public Lectures pages, which in addition to offering regular updates on the series will also provide information on conferences and public lectures in which the Institute participates.


Extracts of Dr Amyn B Sajoo’s Introductory Remarks to “Pakistan: Between Identity Politics and Civil Society”