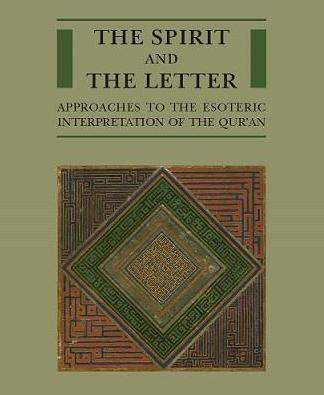 The IIS is pleased to announce the publication of The Spirit and the Letter: Approaches to the Esoteric Interpretation of the Qur’an

, edited by Annabel Keeler and Sajjad Rizvi. This publication is the fifteenth volume in the Qur’anic Studies Series.

This volume is the first to focus specifically on esoteric interpretation as a phenomenon in the field of Qur’anic exegesis and to show the plurality of ways it has been manifested in different Muslim traditions. Covering a period extending from the third/ninth century to the present, The Spirit and the Letter includes chapters on philosophical and Shi‘i exegetes, such as Ibn Sina (d. 428/1037) and Mulla

Considered together, the range of studies in this volume enables readers to learn what these approaches have in common and how they differ, and how the hermeneutics and content of exegesis are affected by doctrinal and ideological perspectives of various traditions and periods. Furthermore, they deepen our understanding of what actually constitutes esoteric interpretation and the need to look beyond the letter to the spirit of the Qur’anic word.

Reviewing the publication, Leonard Lewisohn, a Senior Lecturer in Persian at the Institute of Arab and Islamic Studies from the University of Exeter, commented:

“This is the first major work on the key mystics and theologians who composed esoteric commentaries on the Qur’an. Fifteen erudite contributions by some of the most eminent authorities in the field of Muslim philosophy, Shi‘i exegesis, Ismaili thought, Akbarian theosophy and Sufism

, explore over a millennium of esoteric commentators and commentaries on the Qur’an. Accompanied by an introduction that exhaustively examines the various intellectual trends, theological schools and theosophical terminology relating to mystical exegesis of the Qur’an. ‘The Spirit and the Letter’ provides the most accessible treatment of the inner dimension of Muslim scriptural hermeneutics written to date.”