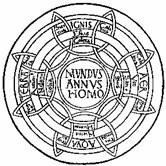 Recent scholarship has yielded an increasing appreciation for the nature and breadth of sources that influenced philosophers working in Arabic during the ‘classical’ period, a phase commonly agreed as lasting from the 3rd/9th to the 6th/12th centuries. This fertile period for philosophical thought saw the emergence of scholars such as al-Kindi (d. 873), al-Farabi (d. 950), Ibn Sina (d. 1037), al-Ghazali (d. 1111) and Ibn Rushd (d. 1198), amongst a field of lesser known intellectuals. Many Ismaili philosophical writings were also produced during this period, including those by al-Sijistani (fl. 971), al-Kirmani (d. 1020) and Nasir Khusraw (d. 1060).

The Conference aimed to extend the understanding of the origins and repercussions of philosophy in the classical period, including examinations of the philosophy’s reception in Europe. Toby Mayer and Sajjad Rizvi presented papers on behalf of the IIS and their respective institutions. Proceedings of the Conference are expected to be published in 2005.