The Diversity of Mosque Architectures

Previous Pause Next
1 of 15

The University Mosque is situated in the centre of the new campus of the University of Indonesia in Depok. It is designed primarily to accommodate about 3,000 worshippers under the covered space and can be extended up to 5,000 uncovered. The basic design concept is derived from the general type of masjids in Indonesia which are characterized by their multi-tiered roof. 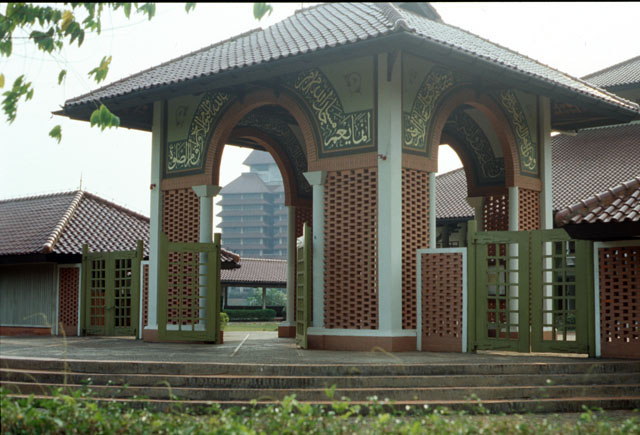 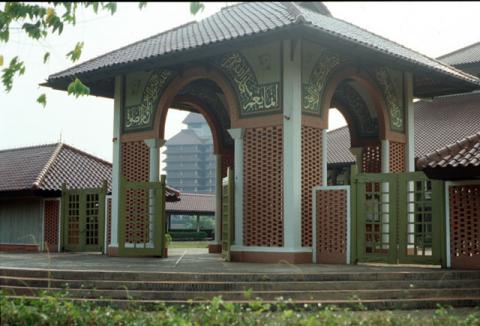 Affectionately known as “the floating mosque”, as it gives the impression of floating on water, Tengku Tengah Zaharah Mosque, named after the present Sultan of Malaysia’s mother lies on the estuary of the Terengganu River. The mosque was built in September 1991 and can accommodate between 800 and 1000 worshippers at one time. 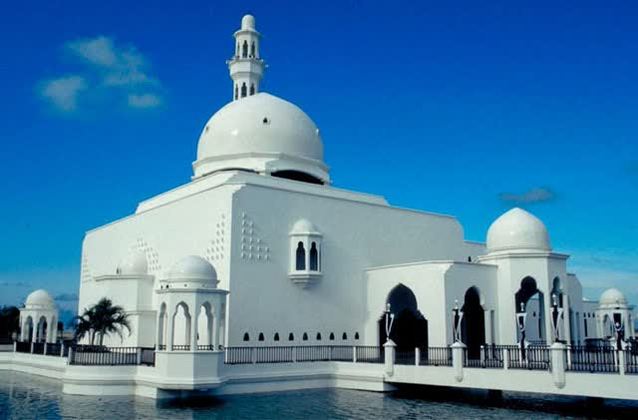 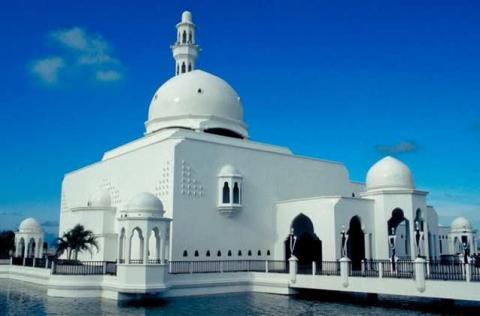 Sherefuddin’s White Mosque in Visoko (at the time an integral part of Yugoslavia) presented a modern projection of a long-standing Muslim community’s presence in a socialist country. The design of the new mosque was initially regarded as representing a rupture with tradition, though its members eventually came to accept the building with pride as an important landmark in the town. 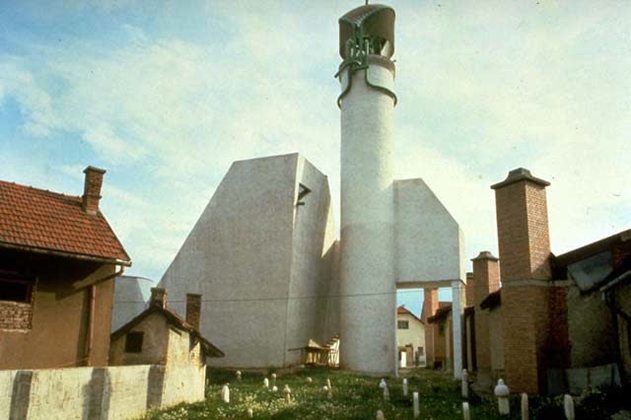 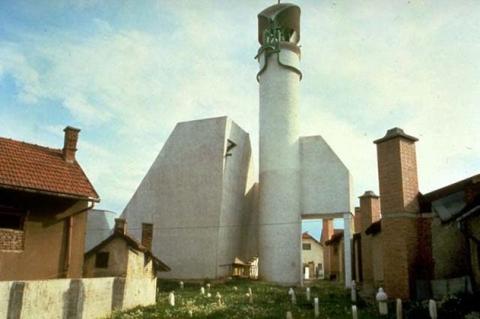 The Qubbah Mosque rests on the site where the Prophet Muhammad built the first mosque after his hijra from Medina. During the 1980’s, the Egyptian architect Abdel Wahed El-Wakil designed over a dozen mosques in Saudi Arabia. While these mosques differ in size and composition, they draw heavily on various historical prototypes belonging to the architectural heritage of the Islamic world and can be referred to as “revivalist.” 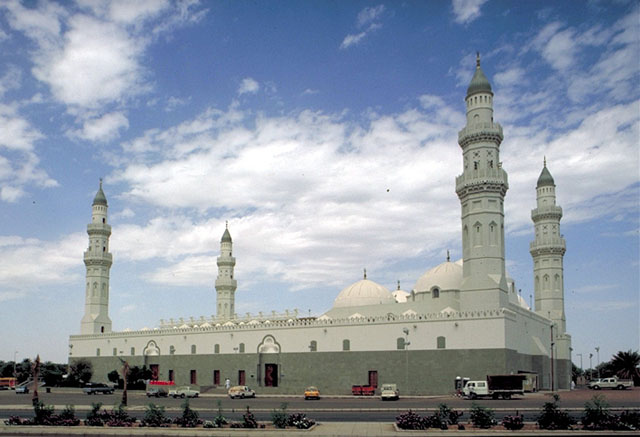 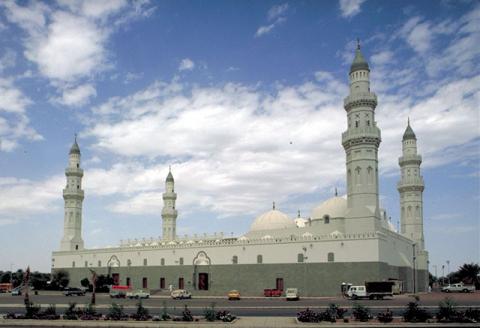 A mud mosque constructed by Afghan camel herders who settled in Australia in the late 19th century. 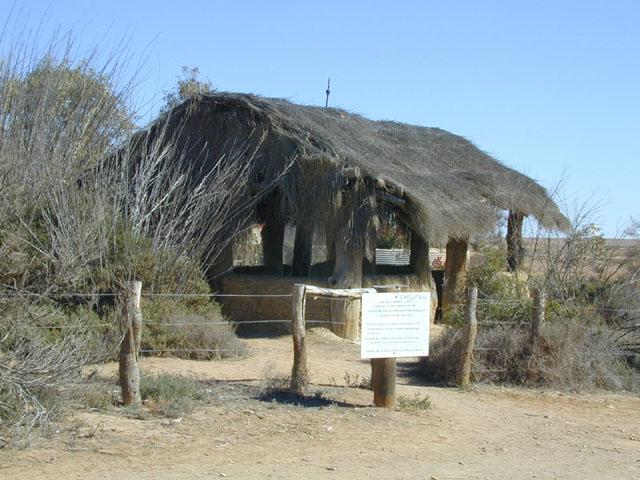 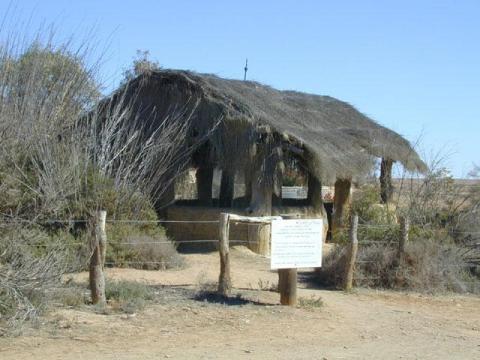 Construction of the Great Mosque of Cordoba began between 784 and 786 during the reign of ‘Abd al-Rahman I on a Visigoth site, which was probably the site of an earlier Roman temple. After conquering Cordoba in 1236, Ferdinand III consecrated the Great Mosque as the city’s cathedral. In the early 16th century, a decision, endorsed by the Holy Roman Emperor Charles V, inserted an entire Gothic “chapel” into the very heart of the former Great Mosque. 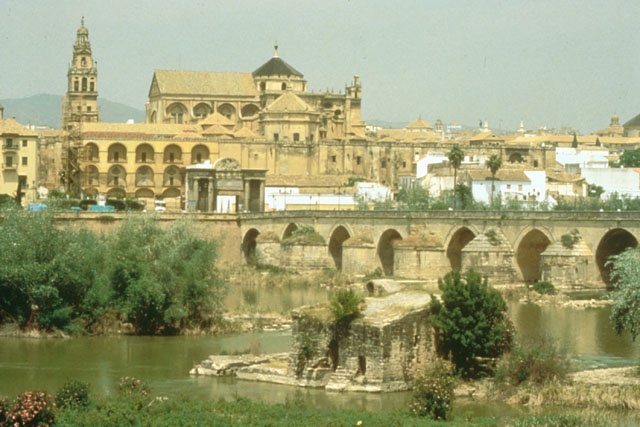 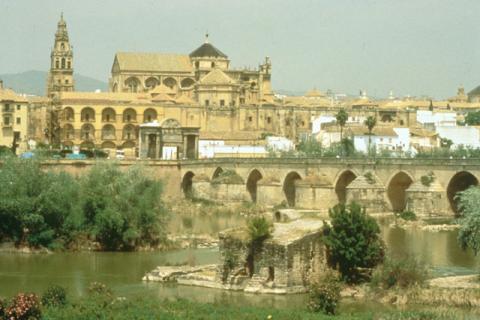 Al-Abbas Mosque is situated near Asnaf village, 38 kilometres south-east of Sana’a, the capital of Yemen. It is dated to 1125-26 and is a small mosque with stone masonry walls, stone columns and a timber-coffered ceiling. The coffered ceiling is covered with painted and gilded floral and geometric patterns, as well as bands of writing. 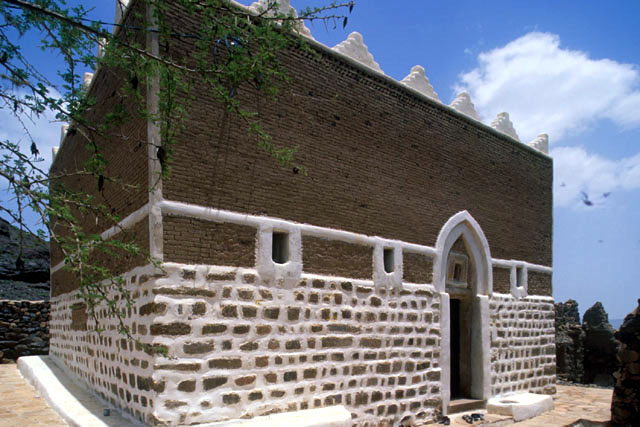 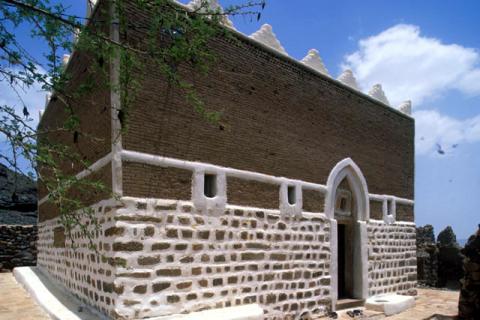 The Central Mosque in Porto Novo, Benin was begun in 1912 by African repatriates from South America. It towers over the relatively low horizontal urban fabric of the city much like the cathedrals of medieval Europe. The mosque represents the cross-fertilisation of Bahian and African traditions and falls within a tradition of Afro-Brazilian mosque architectures. 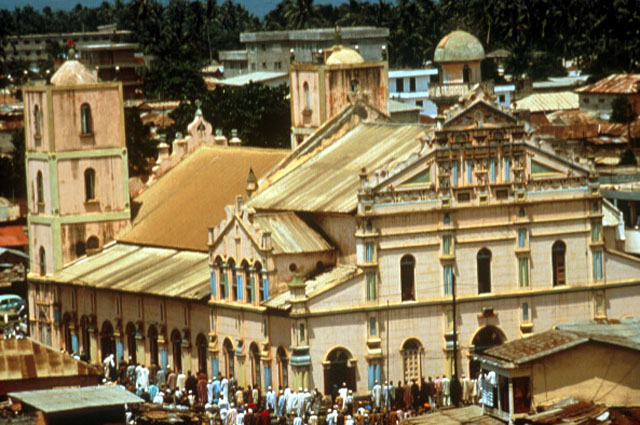 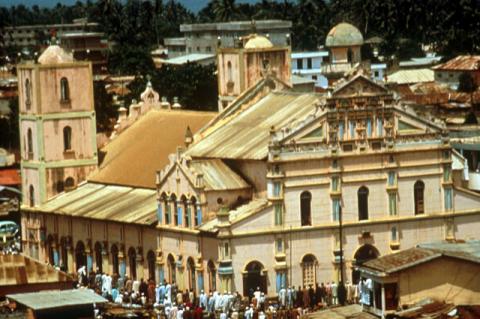 The mosque was built by and for a new experimental community, whose members received instruction from the architect, Hassan Fathy and his team of Nubian masons (who came to the US especially for the purpose) in the building techniques of vault and dome construction used in upper Egypt. Constructed entirely with mud brick it has much in common with the local adobe tradition. 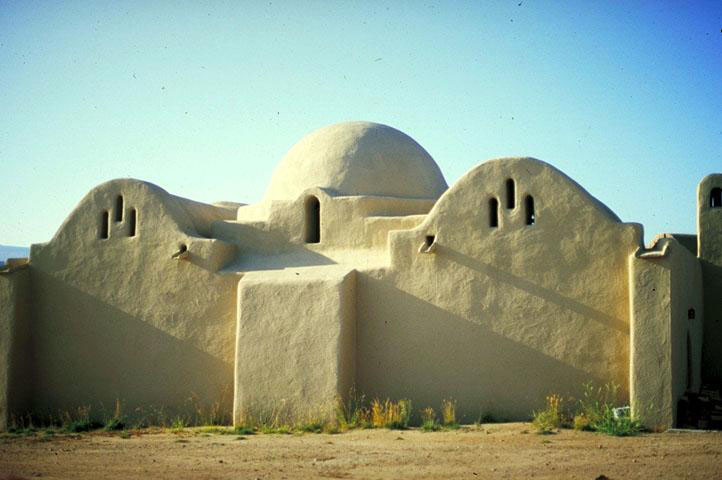 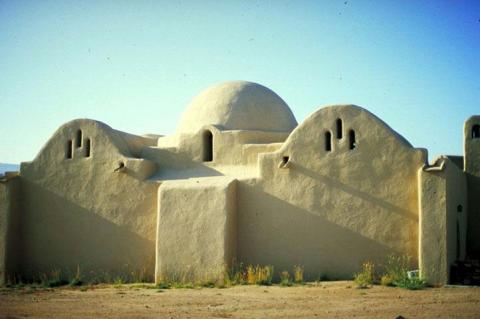 National Assembly’s new mosque is for the exclusive use of members of parliament, and ministerial and administrative staff. The mosque is composed of a triangular forecourt, and a rectangular prayer hall overlooking a large, triangular, terraced garden and pool. The qibla wall, conceived in glass, opens onto the terraced garden. 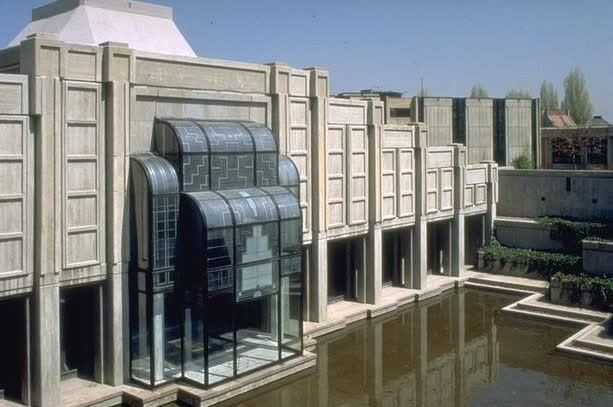 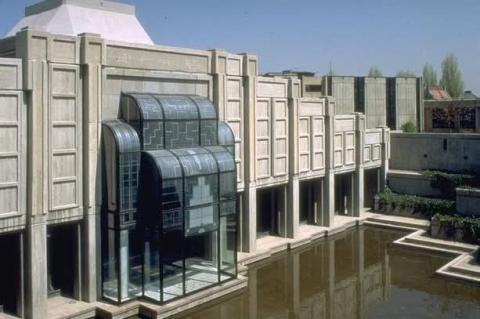 The Shah mosque was built as the space for public worship in Shah Abbas’ new urban plan for Isfahan, but was not completed until the reign of his successor, Safi I. The south (qibla) iwan is flanked by eight-domed winter prayer halls, which continue to courtyards lined by arcades that function as madrasas. 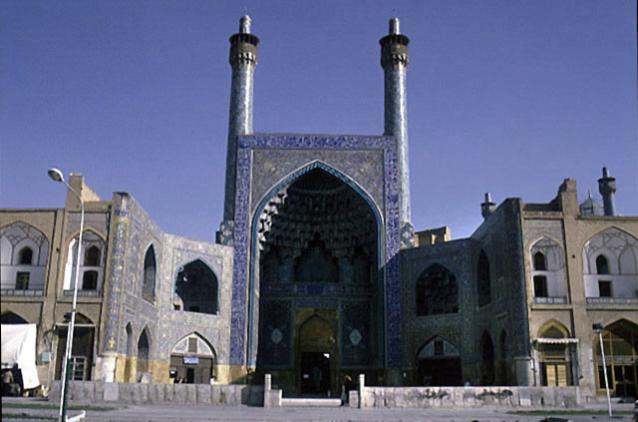 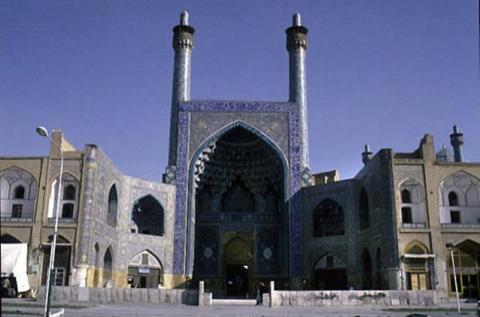 The present mosque was erected in 1392 and had since undergone three restorations. Built on a long, rectangular site in a densely populate residential area, the complex is composed of five courtyards, each designed as an independent space and separated from the others by walls and gateways. 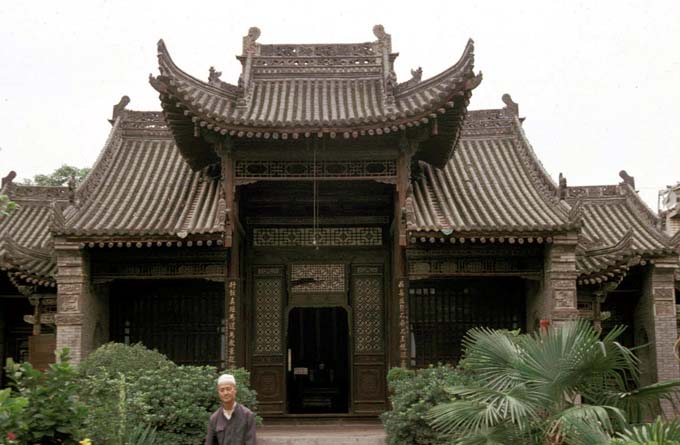 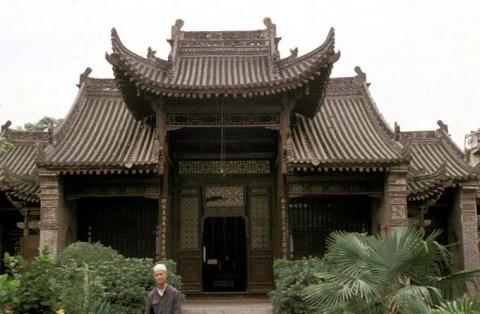 The Mosque of Hasan was founded by the Almohad ruler Ya‘qub al-Mansur, who began the mosque in 1191, concurrently with the foundation of the city of Rabat. Eight years later al-Mansur died and the hypostyle mosque, which would have been one of the largest in the world, was left unfinished. The partly preserved minaret illustrates the monumental scale on which the mosque was designed. 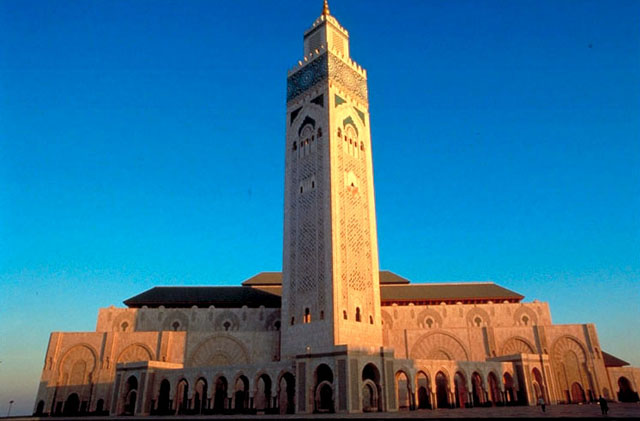 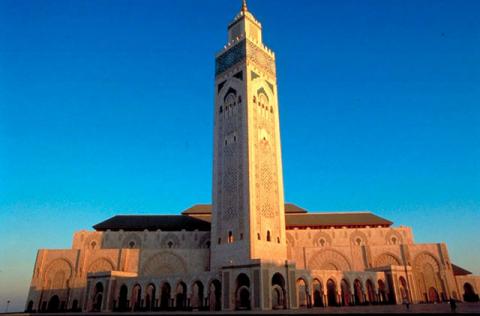 Construction of the Mosque of al-Hakim was begun by the Fatimid Caliph al-‘Aziz in 990 and finished by his son al-Hakim bi-Amr Allah and his overseer Abu Muhammad al-Hafiz ‘Abd al-Ghani ibn Sa‘id al-Misri in 1013. The mosque is constructed of brick with stone facades and minarets. Its irregular rectangular plan is composed of a rectangular courtyard surrounded by arcades supported by piers, with a prayer hall. 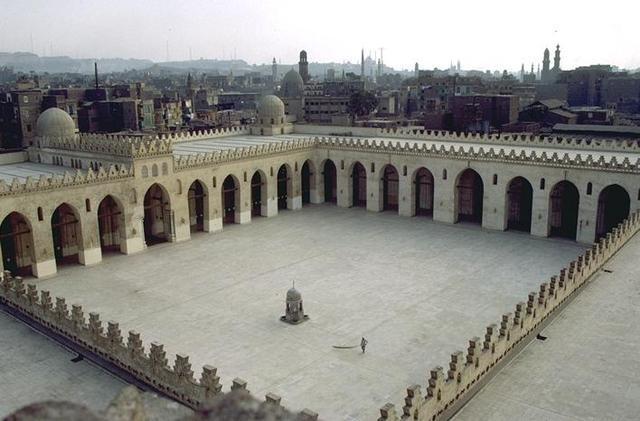 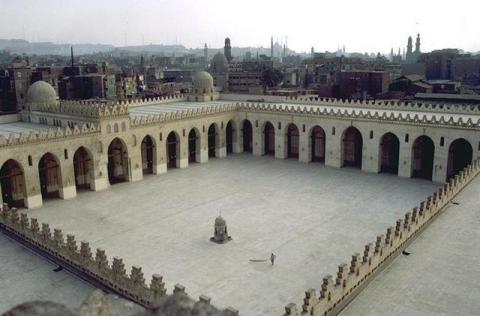 Djingarey Ber, “the Great Mosque”, is Timbuktu’s oldest monument and its major landmark. Located at the western corner of the old town, the mosque is almost entirely built in banco (raw earth). The mosque’s maintenance, consisting mainly of repairing the mud rendering, is regularly undertaken upon appeal by the local imam to the population, whose contributions take the form of money, materials and labour. 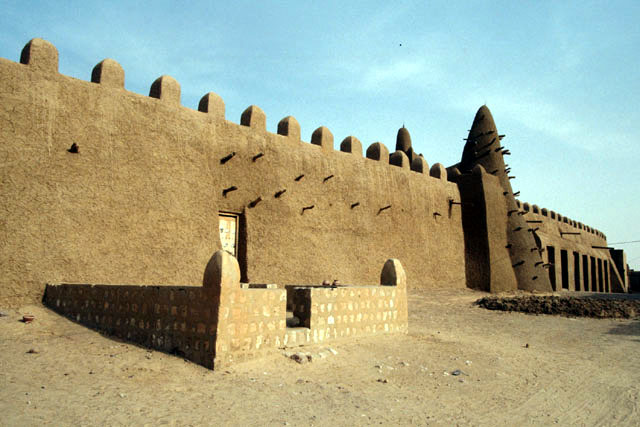 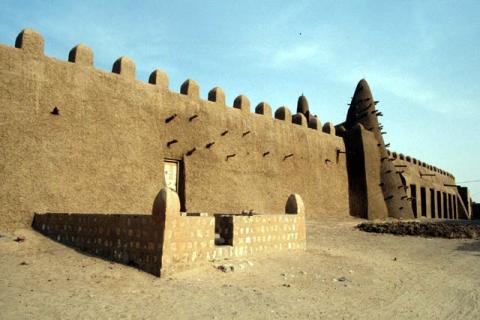