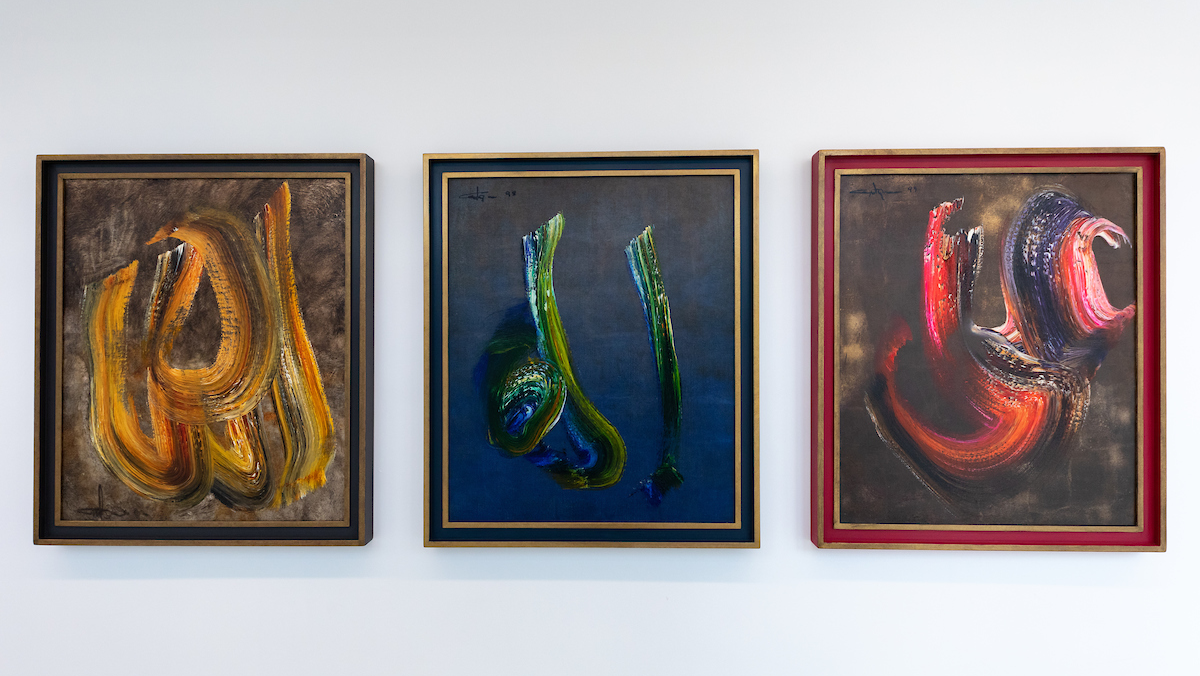 Six oil paintings by the renowned Pakistani artist Ismail Gulgee (1926–2007), a gift from former governor Dr Mohamed M Keshavjee, have been hung on the 9th floor at the Aga Khan Centre (AKC) on both sides of the naturally lit passage outside the Garden of Light.

Dr Keshavjee’s gift of the six paintings has been made in memory of his late parents, Nazaraly and Koolsam Manjee Keshavjee. His mother was a niece of the scholar and teacher Vali Mohammed Nanji Hooda (1889–1959) of the Bombay Ismaili Recreation Club, who translated ginans (religious lyrical literature by Satpanth Ismaili Muslims from South Asia) into English for the noted scholar of Ismaili studies, Wladimir Ivanow, an exhibition on whose life is currently on at the Aga Khan Centre Gallery (until March 2022).

Ismail Gulgee was a civil engineer by profession who became an artist by choice and over some four decades produced pencil sketches, abstract calligraphic works and portraits in oil and lapis lazuli micro-mosaic of world leaders and royal personages.

Gulgee also designed and created mosque furniture, such as the exquisite mihrab of the Faisal Mosque in Islamabad. His work was particularly admired by the German orientalist and scholar Annemarie Schimmel, among others, who praised his nuqṭa series (of which there is one in the Nazaraly and Koolsam Manjee Keshavjee Bequest, pictured below).

In explaining why he chose works by Gulgee to commemorate his parents, Dr Mohamed Keshavjee stated “He was a great humanist who, though trained in engineering, espoused the humanities. He felt that education to be meaningful had to embody both the sciences as well as the humanities and he excelled in both these dimensions of learning. Through his art he was able to speak to many generations in the jamat

The five other canvasses in the bequest are untitled calligraphic studies which form a counterpoint to, and a continuation of, a 1984 triptych that hangs at the Ismaili Centre in Kensington, London.

According to the art historian Oleg Grabar (1929–2011), in Gulgee’s work the almost abstract calligraphic expressionism seems to be more related to the free-flowing calligraphy of the Far East than to the precisely measured and proportioned works of the more orthodox masters of calligraphy, while yet “reflecting somehow the grandeur and the qualities of the past”.

The paintings in the Nazaraly and Koolsam Manjee Keshavjee Bequest will be a permanent reminder of Dr Keshavjee’s industrious parents, who did so much to raise and educate a large family first in apartheid South Africa, and then in Kenya and Canada. The spatial display of the Gulgee works will also provide the opportunity for contemplation and inspiration for AKC staff and visitors who will see the six paintings as they are guided to the Garden of Light.

We thank Dr Keshavjee wholeheartedly for making this bequest, which forms a wonderful enhancement to the body of art already on display throughout the AKC. 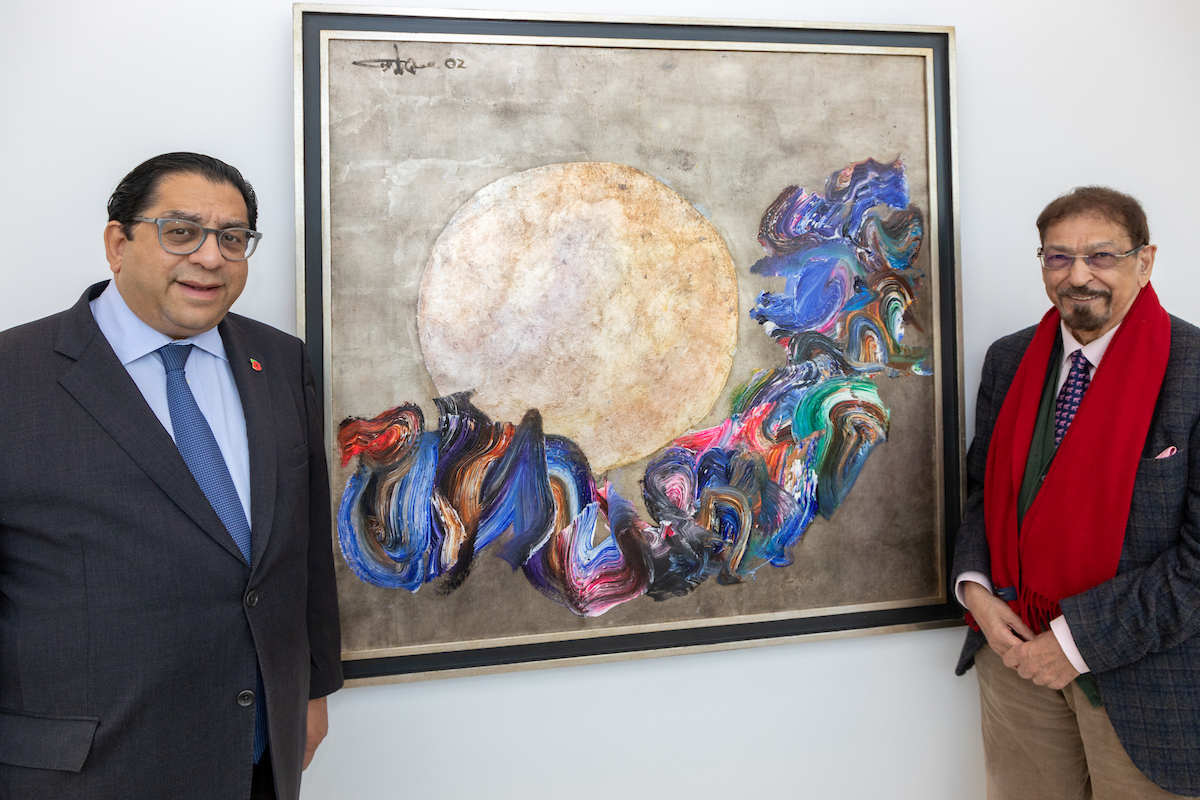 The six Gulgee oil paintings can be viewed on the 9th floor of the AKC.

As well as the paintings in the Nazaraly and Koolsam Manjee Keshavjee Bequest, the AKC has been gifted a variety of significant artworks, which we hope to profile on the Aga Khan Centre’s website in the coming year.