One of the foremost poets of the Persian language and a prominent Ismaili da‘i, Nasir Khusraw has attracted passionate attention for nearly a thousand years. Celebrated for a poetry that combines art with philosophy and trusted for the details of his travels throughout the Middle East, Nasir Khusraw remains one of the most fascinating figures in Muslim history and literature.

‘Nasir Khusraw…is one of the…highest ranking poets in the Persian speaking world,’ said Alice Hunsberger during her interview. ‘You study him in high school, people have his verses memorised. When I called someone and said I was working on Nasir Khusraw, he said, “Oh I have his divan – his collection of poetry – right here by my bed.”’

As a writer who wrote extensively in the Persian language, Nasir Khusraw is admired not only for his dedication to his mother tongue, but particularly for his imaginative rhetorical skill and his ability to create new words, in addition to new twists on old phrases. As a traveller who visited much of the Muslim world, his personal record of his seven-year journey continues to be scrutinised for all clues it might possibly offer to the history, politics, archaeology, administration, society, religion, customs and military defences of the region and time. As a preacher, he provides not only the tenets of faith in his works, but also the reasons for faith and prescriptions for living in faith. As a moralist, warning of the dangers of troubling too much over the pains and pleasures of the world, his verses are recited to this day to illustrate life’s lessons.

It was towards the end of his life, in exile in the valley of Yumgan, a remote mountainous region of Badakhshan, that Nasir Khusraw composed most of his works, all of which are written in Persian. The Divan

includes close to 15,000 verses on personal, ethical and religious themes.

When asked how Nasir Khusraw earned the title of ‘the real wisdom of the East,’ Hunsberger remarked, ‘…beyond the scientific knowledge, beyond external religious practices, there’s an inner truth that underlies the teachings, and this is what he was preaching. So we have to get to the inner truth.’

Dr Hunsberger’s book, Nasir Khusraw, The Ruby of Badakhshan is the first comprehensive study of Nasir Khusraw to appear in English. The work follows the path of Nasir Khusraw’s seven-year journey from Central Asia across northern Iran to Jerusalem, Cairo, Mecca and back home again to Iran. Drawing extensively from Nasir’s own record of his journey, his poetry and philosophy, Dr Hunsberger has provided a highly readable and insightful text. From the rich selection of Nasir Khusraw’s own words, many translated for the first time, the reader gains a full picture of this figure of intense emotion, deep commitment to his faith, love for his homeland, and an unstinting pursuit of excellence. 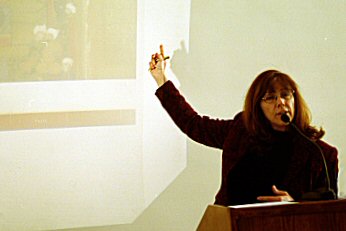