From Athens to Baghdad: The Pursuit of Hikma 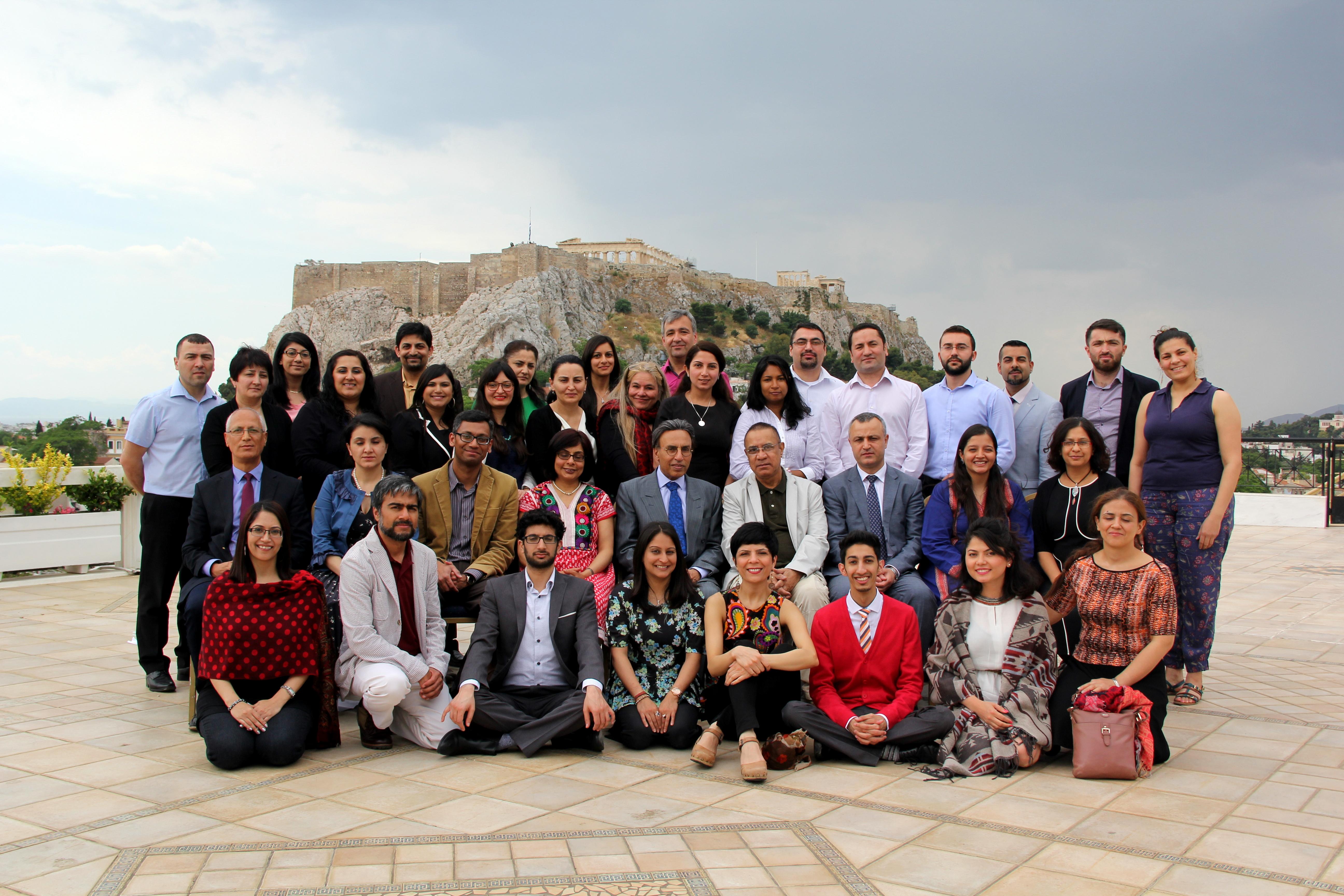 The Annual Meeting of the European Chapter Group (ECG) of the IIS Alumni Association took place in Athens, Greece, on 19 – 21 May 2015. The meeting commenced with a welcome address from the ECG President Dr Dagikhudo Dagiev (GPISH 2003), who introduced the theme of the meeting: The Translation Movement between Greek and Arabic Philosophy.

Dr Syed Nomanul Haq, Professor of Humanities at the Institute of Business Administration, Karachi, gave a presentation titled Aristotle in Baghdad: Translation as an Agency of World Culture. He explained that modern civilisation is composed of a convergence of intellectual thought from multiple traditions and illustrated this point by exploring how Muslim scholars contributed to the development of philosophical and scientific thought in the early medieval period. He noted that the translation movement gained impetus in response to an overwhelming demand in the society to understand Greek philosophy. The talk highlighted how the cultural milieu encouraged flourishing of philosophical and scientific thought in the fifth to the tenth centuries.

The Keynote Address was delivered by Dr Aziz Esmail, Member of the Institute’s Board of Governors. As well as making connections and providing an analysis of some of the works by Ibn Sina, Ibn Rushd, al-Ghazzali, Aristotle, Plato, and Socrates, Dr Esmail also encouraged the alumni to make connections between philosophical thought and their presence in and contribution to the modern world. He concluded by sharing his reflections on the vision behind IIS’ programmes and their relevance to both the Ismaili community and the society at large.

Professor Peter Adamson, Professor of Late Ancient and Arabic Philosophy at Ludwig-Maximilians-Universität in Munich, delivered a virtual presentation focused on Al-Kindi and his translation circle’s contribution to Islamic philosophy as well as the rendering of Greek philosophical terminology into Arabic. In the second part of his talk, he shared his research on his re-evaluation of the philosophical position of al-Razi.

“Alumni showcases gave us an insight into the research areas and professions that IIS alumni are pursuing in the more advanced stages of their careers. Alumni are given a platform to present their work, get feedback and the process stimulates further lines of enquiry.”

“Dedicating two sessions for the showcases was very useful. I find it interesting to be aware of the work and activities of other researchers and academics. I hope that these showcase sessions will remain an integral part of the ECG Conference.”

The Annual Meeting also provided opportunities for alumni to learn about the latest developments at the Institute. Mr Shiraz Kabani, Head of the Department of Community Relations at the IIS, shared information about new research projects and programmes that are taking place at the Institute. Additionally, Dr Laila Halani, Head of the Department of Graduate Studies at the IIS, discussed the new directions and changes being made to the graduate programmes (GPISH and STEP).

Moraitou, Curator at the Benaki Museum, gave a detailed presentation to the alumni which outlined the history of the museum and identified key artefacts that are currently on display at the museum.

“The Benaki Museum in Athens was a pleasant surprise of the ECG meeting. Although relatively modest in size, the collection was spread across four floors of the museum and included artefacts from across the Muslim world. But what particularly was striking to me was to see Persian rugs and pottery from Iran as these were closer to home for me. There were samples of Fatimid art, each telling its own story of how it came to be in this museum today. The overall experience was very positive and it was inspiring to see Muslim art being represented in Athens, the birthplace of the European civilisation.”

Adil Mamodaly (STEP 2010), summed up the experience of many of the participants:

“I particularly enjoyed immersing myself in the local culture while also engaging anew with perennial philosophical thoughts from both Greek and Muslim philosophers. It was a very valuable experience; one that I will hold dearly for many years to come.”