Fifth Publication in The Muslim Heritage Series Explores the Shari‘a 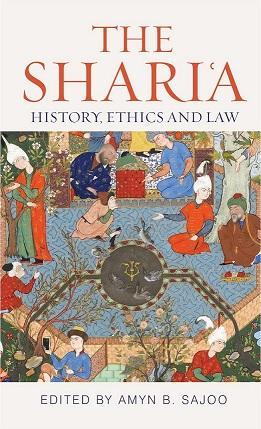 Why is the shari‘a — the mention of which stirs up problematic images in many parts of the world — understood in the ways that it is today? For Muslims and non-Muslims alike, much is read into this term, often with scant regard for its historical, cultural or theological underpinnings. The Shari‘a

: History, Ethics and Law explores many of the popular myths about the shari‘a — that it defines Islam, that it is divine in substance, that it contains a code recognised by all Muslims — by leading scholars from a variety of disciplines. The result is an exciting journey in twelve chapters that offer fresh perspectives on the ethical, legal and spiritual dimensions of the shari‘a, past and present.

The editor of this volume - and of the Muslim Heritage Series - Dr Amyn B. Sajoo, observes:

“Identity politics has a deep effect on contemporary life, secular and religious, and this includes our understanding of the shari‘a. Ultimately, it is about the quest for a moral compass to navigate a path through life, informed by revelation and its interpretations. This is the basis for an ongoing human endeavour to grasp and give expression to the original teaching — not just in law, but also in devotional, ethical and customary practices by Shi‘i and Sunni Muslims, including of course in the western diaspora.”

From bioethics, family law and finance to constitutional and human rights issues, this fifth volume in the Muslim Heritage Series looks at how we think about Islam as a lived experience. The claims of the modern state as the custodian of the shari‘a are put into perspective, alongside the vital role of a pluralist civil society.

Among the contributors to this volume is the eminent jurist and shari‘a scholar, Khaled Abou el-Fadl, whose survey of the foundations of the shari‘a concludes:

“A shari‘a-oriented society is not about God as political sovereign - an idea that is fundamentally flawed, and has been thoroughly taken apart in the course of Muslim history. A shari‘a-oriented society reasons with God. It consistently visits and revisits the rational and textual indicators to stay on the sirat al-mustaqim, the straight path, knowing fully well that anyone who claims to have an exclusive claim over the sirat has by definition deviated from it. As the Qur’an

points out, the blessing of the sirat comes as an act of grace that can never be taken for granted.”

The Muslim Heritage series explores vital themes in the civilisations of Islam – including the nature of religious authority, ethics and law, social justice and civil society, the arts and sciences, and the interplay of spiritual and secular life-worlds. Earlier titles in the series explore ethics, cultures, and the diversity of Muslim traditions the world over, including Shi’i Islam. In keeping with the Institute’s mandate, the series is informed by the plurality of communities and interpretations of Islam, as well as their locus in modernity and tradition.

This publication will appeal not only to specialists in the humanities and social sciences, but also to the general reader with an interest in how we belong as members of civic and religious communities.

Visit The Sharia: History, Ethics and Law and The Muslim Heritage Series for more information.