Food as a Social and Cultural Signifier in Arab Societies 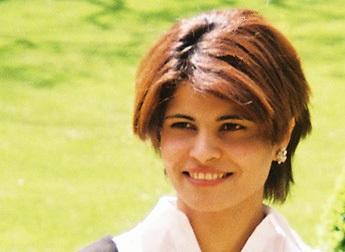 Dr Nuha Al-Shaar presented a paper on The Ritualisation of Food and Table-talk in Arabic Traditions at a conference organised by the Arab-German Young Academy of Sciences and Humanities (AGYA).  Entitled, Insatiable Appetite: Food as a Cultural Signifier, the conference highlighted how food not only serves to build bridges, but is also a potent marker of social, religious, gendered, and ethnic differences.  The three day conference was held at the American University of Beirut and the Orient Institut Beirut, and brought together leading experts and academics from across the globe.

Dr Al-Shaar discussed the ritualisation of food and table-talk, its motives and social significances, with a special focus on Abbasid literature - religious, philosophical and literary – as well as the notion of banquets.  She also drew some comparisons with Greek and Persian traditions to underline the changes in the ritualisation of food.  Speaking about her paper, Dr Al-Shaar noted:

“This paper aimed to underline the ethics of food, and will be part of a wider project on food and ethics in Islamic traditions, which will also draw upon materials such as unedited manuscripts pertaining to Ismailis, some of which will be drawn from the Ismaili Special Collections at the IIS.”

During the three-day conference, participants discussed a variety of topics such as the history of vegetarianism and its early global aspects; genetically modified food in contemporary Muslim juridical ethics; and the meaning of halal food in Western Muslim communities.  The different contributions were clustered along seven main themes: food and social status, prohibitions and prescriptions, body, intoxication, abstention, scarcity and humanitarianism, food and gender.

By looking back at the cultural and social functions of food in the past, the discussions found that the normative assumptions about food in connection with identity, morality and health are still prevalent today.  The conference tackled both past and present food consumption practices that seem to establish and confirm differences and similarities between cultural orders.