A Fresh Look at Women in Qur’anic Interpretation 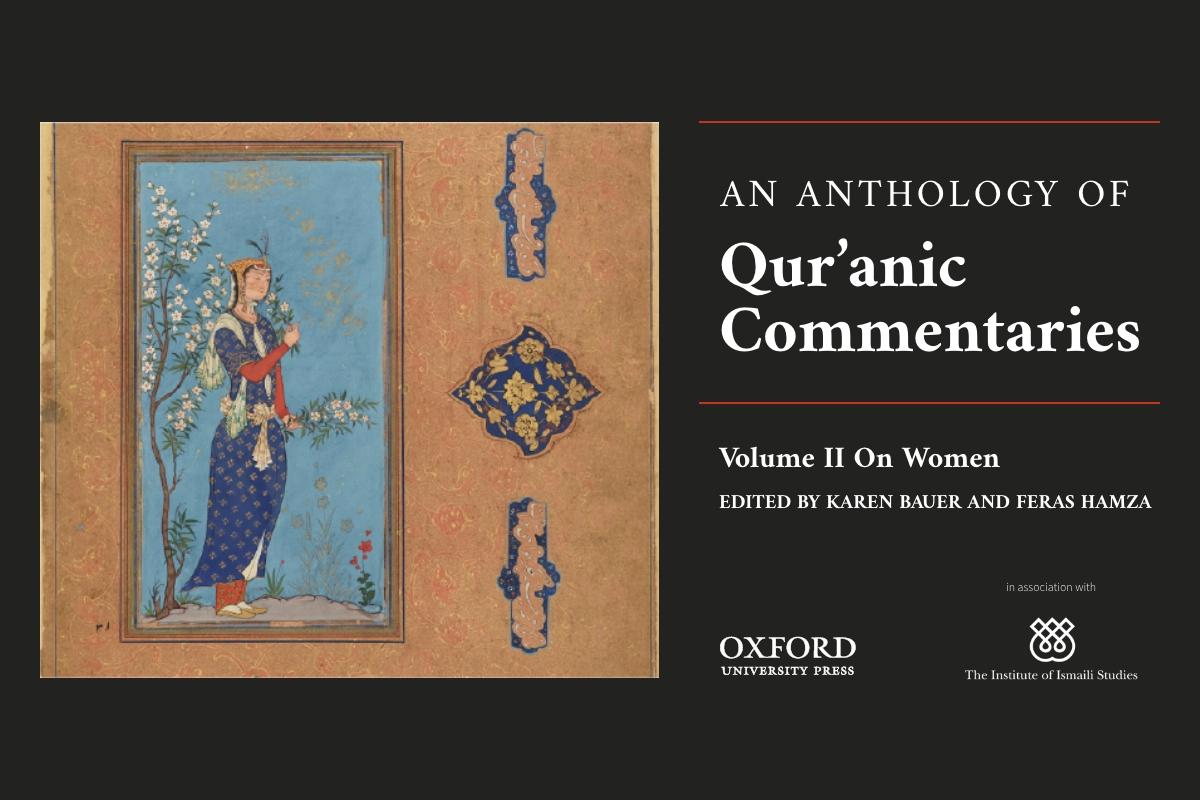 An Anthology of Qur'anic Commentaries, Vol. 2: On Women is a landmark new book on a topic of significant social relevance, which draws on a selection of Qur’anic verses and their interpretations. We sat down with its editors, Dr Karen Bauer and Dr Feras Hamza, to find out how the tradition of Qur’anic commentary viewed women in the Qur’an

, how it continues to influence many Muslim women’s lives today, and why it was so important to feature contemporary women's voices.

What were your motivations in choosing the theme of women for the latest anthology?

Karen Bauer My academic specialty is in women and gender in Islam, so it came about very organically. But I think it's worked well in a lot of ways, especially given the social impact of some of the issues that have to do with women.

Feras Hamza The Anthology of Qur’anic Commentaries series has several other themes always in play, so one way of rephrasing your question is, why was this topic pushed up in the sequence? I think there's an immediate social urgency to it.

What can readers expect from the book?

KB The textual tradition dedicated to interpretation of the Qur’an (tafsir) is very male centred and scholastic. We've provided introductions to make it more accessible to the reader. We've also provided a counterfoil to it, by including some modern voices—interviews with reformists and women themselves. So a reader can expect to become acquainted with this tradition that's had an effect on many people's lives, and which, in some cases, has shaped laws in the Muslim-majority world. And then we introduce the idea that there are alternatives to that and there probably always were, but those alternative voices are missing from what we read of the medieval scholastic tradition.

Why did you choose the verses you used in the book?

KB Three of the verses were chosen because they represent pressing social concerns for Muslim women today. The first relates to spousal roles and this very vexed question of the rights of the husband over the wife. The second is on women's testimony. Again, it's something that actually still affects women in some Muslim-majority countries today, and in sharia

courts. The third is on the veil, and that, of course, is also of great interest to Muslim women themselves. The other verses are about women's spiritual equality and creational equality with men.

FH There's a sense of responsibility, as editors, that we don't just present the medieval tradition, because we know that they're restricted in their worldview. So we wanted to give some indication of how the subject of ‘women’ could be read otherwise through the text of the Qur’an, and sometimes even through the medieval tradition itself, by including other instances.

KB Take a verse like Qur’an 4:1, which talks about God creating humans from a single soul. This is a verse that for a lot of modern readers indicates creational equality between men and women. What's so fascinating is that the medieval commentators will say that the verse proves the creation of Eve from Adam and that women are a secondary creation. It's one of those moments where, within the Qur’an, one thing is being put forth, and within that commentarial tradition, cultural assumptions are being put forth. And those cultural assumptions have had a very heavy weight for women who've had to live with them.

How did commentators interpret these verses over the years?

FH Well, as their predecessors did. The medieval Muslim commentarial tradition has a kind of stability of opinion that you can probably trace into the 20th century. It’s only really with the 20th century that you begin to see a slight rupture, in the sense of other voices emerging.

KB And because women's own voices are absent, and because any alternative perspectives are absent, you get a certain rigid way of reproducing the power and authority that's vested in those scholars. It's precisely their dismissal of women's rational ability that continues to marginalise women from that tradition. Because, essentially, you're looking at a tradition where the scholars had absolutely no incentive to let anyone else in. That's how power and authority end up working, and it calls into question how much authority should be vested in that medieval tradition today.

FH There are many modernists who would say that you can throw out that medieval tradition, but there's no denying that it continues to exert a huge amount of influence where people really do believe that this authoritative tradition represents what God wants from them.

KB We were teaching the other day and one of the students said that in her home country, a woman couldn't testify to her own rape because she needed four male witnesses to that. Laws like that are directly related to the medieval interpretations that we have now translated, and that is one of the reasons why it's so important to point out how that tradition was shaped, who was writing that tradition and how power and authority create interpretations that further marginalise the marginalised: in this case, women themselves. We had to say to that student, well, that is not from the Qur’an, that is from the medieval tradition.

FH It's a travesty of the idea of justice in the Qur’an.

What new insights do you hope to bring with the book?

FH There would have been a potential intellectual delinquency if we had left this subject in the hands of the commentators alone. We were really surprised in a positive way that a lot of that dismissive attitude towards the subject of women is not actually merited at all by the Qur’anic narrative.

How does the book help us to understand contemporary issues for women in Islam?

FH This is not just an armchair issue that one can just discuss without any real-world repercussions. We're talking about situations of real violence that women can find themselves in. I think that's the thing we were most conscious of: the responsibility of what happens when an anthology is sealed in writing and has a stamp of Oxford University Press and a prestigious institute. If that's unqualified, it's almost like saying, that's how it is and that's how it's always going to be and that's fine. There's a sense of urgency to rethink, because if you just look at the Qur’anic narrative, it actually offers a lot more than what the medieval tradition says. This is the context in which we can then begin to look at issues to do with contemporary life for Muslim women across the world.

Find out more about An Anthology of Qur'anic Commentaries, Vol. 2: On Women.