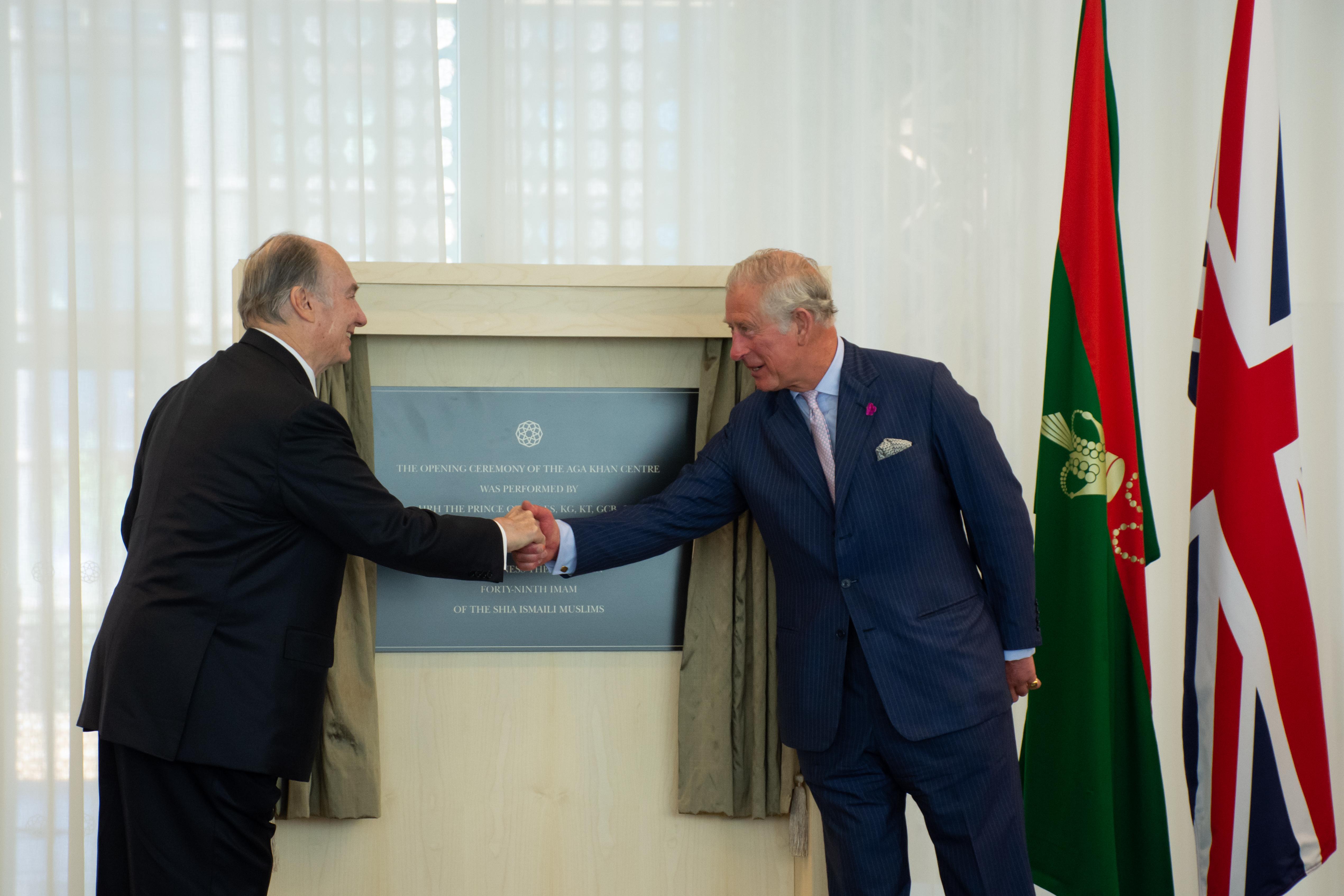 . Among the guests were the Mayor of London, Sadiq Khan and the Minister of State for the Commonwealth and United Nations, Lord Ahmad.

To mark this historic occasion, His Highness the Aga Khan was joined by his family, expressing great pride in opening of the Aga Khan Centre and said:

“We celebrate today a beautiful new architectural accomplishment. As we do so, we also honour those who have made this Centre possible - and the values that have inspired their work. Two of those values which deserve special mention today - the value of education as a force for cooperation and healing in our world - and the value of architecture as a source of inspiration and illumination.

The value of education, of course, is at the heart of this project. We are proud to open here a new home for two important educational institutions associated with the Aga Khan Development Network and the Ismaili Imamat. One is the Institute for the Study of Muslim Civilisations of the Aga Khan University. The other is the Institute of Ismaili Studies. The UK offices of the Aga Khan Foundation will also be located here. These institutions - through their teaching and research, their rich library and archival resources, as well as their tours and public programmes - will enrich the lives of people from the entire world.”

He described the Aga Khan Centre as a beautiful new architectural accomplishment in the heart of London’s Knowledge Quarter, in a city which itself has been one of the great connecting points for the entire world.

In his address, Prince Charles congratulated the Aga Khan on his remarkable leadership and celebrating sixty years of leadership. He remarked how the Aga Khan Centre will enable future generations to gain a better appreciation of the intellectual and cultural contributions that Islamic civilisations have made to our world.

His Royal Highness Prince Charles noted how he and Mawlana Hazar Imam share a determination to tackle ignorance by building bridges through cultures and societies.

The Aga Khan Centre in King’s Cross is a place for education, knowledge, cultural exchange and insight into Muslim civilisations. It will be a home to a number of organisations founded by His Highness, including The Institute of Ismaili Studies (IIS), the Aga Khan University Institute for the Study of Muslim Civilisations (AKU-ISMC), and the Aga Khan Foundation UK (AKF UK). Together the organisations work to bridge the gap in understanding of Muslim cultures. The Aga Khan Centre will also be a space which connects the public to global development issues and the work of the Aga Khan Foundation.

Central to the building and across multiple floors is a series of terraces, gardens and courtyards. The “Islamic Gardens at King’s Cross” are inspired by the diversity of Muslim societies, drawing from regions ranging from North Africa and Spain to the Middle East, Persia and India. The beautiful spaces offer a series of contemporary, contemplative gardens which have been commissioned specifically to represent the diversity of the Muslim world, while jointly bringing a connected “ribbon” of new green spaces to the developing King’s Cross area. These have been created by Maki and Associates as well as other leading garden designers, including Madison Cox and Nelson Byrd Woltz.

The Aga Khan Centre is located in the heart of the redevelopment of a 67-acre area at King’s Cross — the largest city-centre redevelopment in Europe, with a rich industrial and artistic past. Members of the public will be able to visit the building and explore the gardens from 22 September.