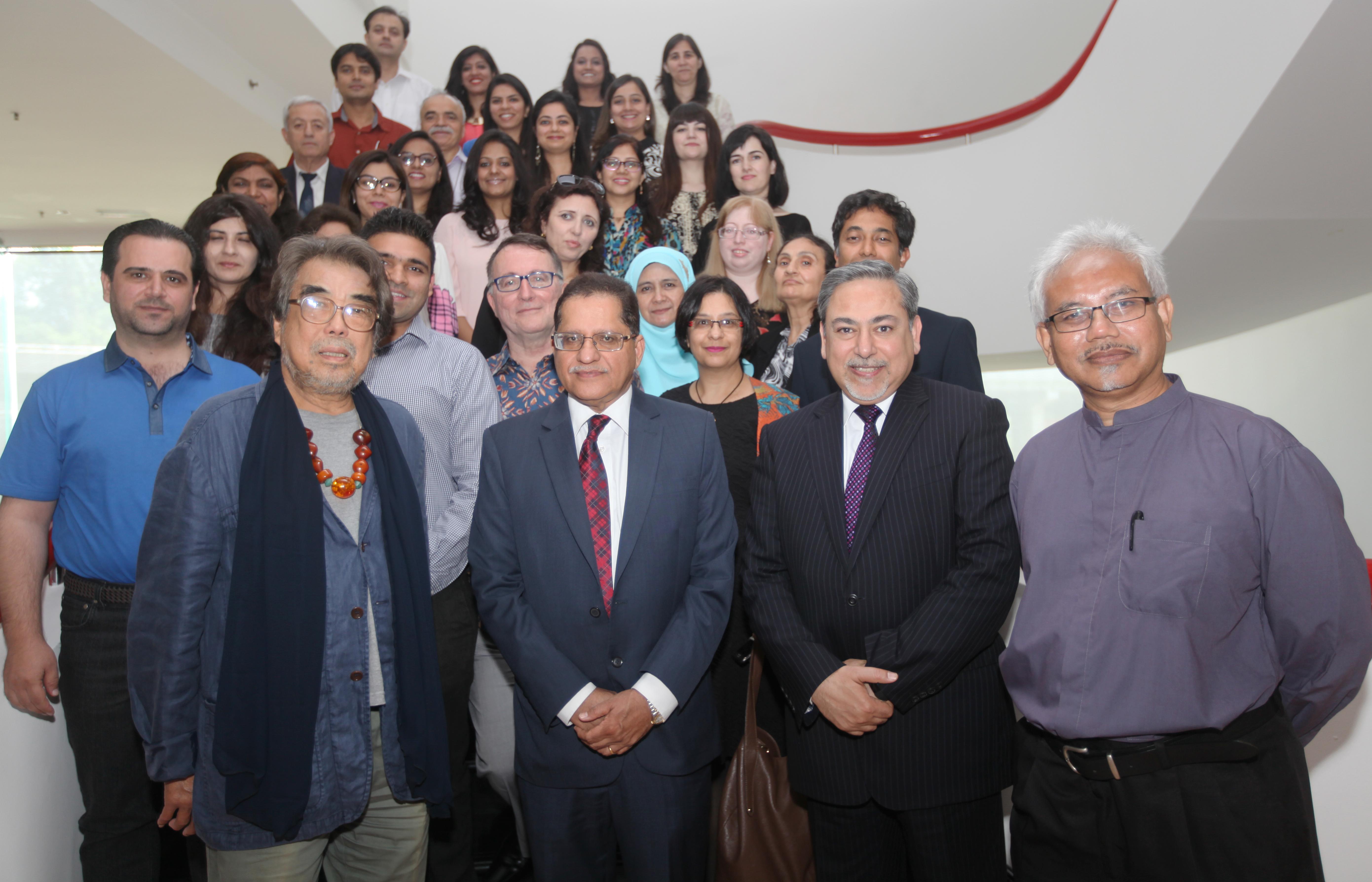 The Asian Chapter Group (ACG) of the IIS Alumni Association held its annual meeting on the theme of ‘Arts and Architecture in South East Asia’ in Kuala Lumpur from 11th to 14th May 2017. Seeking inspiration from the rich historical discourse of arts and architecture in Muslim societies, the meeting aimed to create empathy towards, and foster better understanding of, the artistic and architectural expressions in South East Asia and the myriad ways in which it resonates with expressions of arts and architecture in other Muslim societies around the world. The meeting was attended by IIS alumni from various countries including, Afghanistan, Hong Kong, India, Iran, Kenya, Pakistan, Syria, Tajikistan and United Arab Emirates.

In his opening remarks, the Secretary of the ACG, Amirali Parpia (GPISH 2015) welcomed the participants and speakers and introduced the meeting’s objectives. He noted that Kuala Lumpur was chosen as the host city for the ACG meeting because it is a melting pot of cultures and embodies a distinct combination of modern and traditional expressions of arts and architecture. While the Petronas Twin Towers adorn Kuala Lumpur’s skyline and portray glittering vibes of its modern façade, the city of Malacca – a UNESCO World Heritage Site – situated near Kuala Lumpur, represents the strong historic heritage of the country.

The ACG meeting included presentations by a number of scholars who approached the meeting’s theme from a multidisciplinary perspective and discussed the nexus between modern and traditional arts and architecture in South East Asia. James Bennett, Curator of Asian Art at the Art Gallery of South Australia, discussed the influence of trade in the confluence of diverse expressions of art in South East Asia. He also led an interactive workshop on the influence of South East Asia on the historical and contemporary artifacts in Muslim societies around the world.

Award for Architecture, led an interactive session on the architecture and environment nexus in South East Asia and the unique contextual opportunities and challenges which have shaped architectural idioms in the region. Professor Lim also shared his experiences of planning and constructing the Salinger House, which received the Aga Khan Award for Architecture.

Professor Mohamad Tajuddin bin Haji Mohamad Rasdi, from the School of Architecture and Built Environment at University College Sedaya International, deconstructed the societal constructs and the ideas, issues and challenges in relation to the architectural features of mosques in South East Asia.

Fayaz Alibhai (GPISH 2002), Research Associate with the Department of Academic Research and Publication at the IIS, oriented the alumni to the rationale and purpose behind the Ismaili Heritage Project, with particular emphasis on the project’s methodology for documenting architectural sites. He also provided recent updates and the timeline for the project’s completion.

To conclude, Shiraz Kabani, Head of the Department of Community Relations at the IIS, shared key developments at the Institute and their relevance to the alumni body. He also spoke about forthcoming publication projects, including the World of Islam series, and developments related to the Secondary Curriculum modules.

In addition to the sessions, alumni visited the Islamic Arts Museum Malaysia, where they had an opportunity to learn more about preservation and conservation, the National Mosque in Kuala Lumpur, the Salinger House, and the historic architectural sites in the city of Malacca – a UNESCO World Heritage site. Recounting her experience from the ACG meeting, Sumera Bhojani (GPISH 2016) said:

“The Asian Chapter Group meeting in 2017 was an amazing experience which not only refreshed memories of my student life at the IIS, but also provided me a unique learning opportunity. I learned about the basics of Muslim arts and architecture in South East Asia from experienced and renowned speakers, particularly Dr. Jimmy C.S. Lim, winner of the Aga Khan Award for Architecture, and witnessed historic architectural sites in Kuala Lumpur and Malacca. This was my first ACG meeting and I am anxiously looking forward to attend more ACG meetings in the future.”

In their closing remarks, President Shadi Al-Sharani (GPISH 2011) and Secretary Amirali Parpia thanked the participants and the speakers for contributing to a successful and interactive ACG meeting. The leadership concluded that the case study of the complex discourse of arts and architecture in South East Asia helped to reinforce a critical learning that expressions in art and architecture are not only key markers of history, but also serve as an anchor for a community’s values and identity.