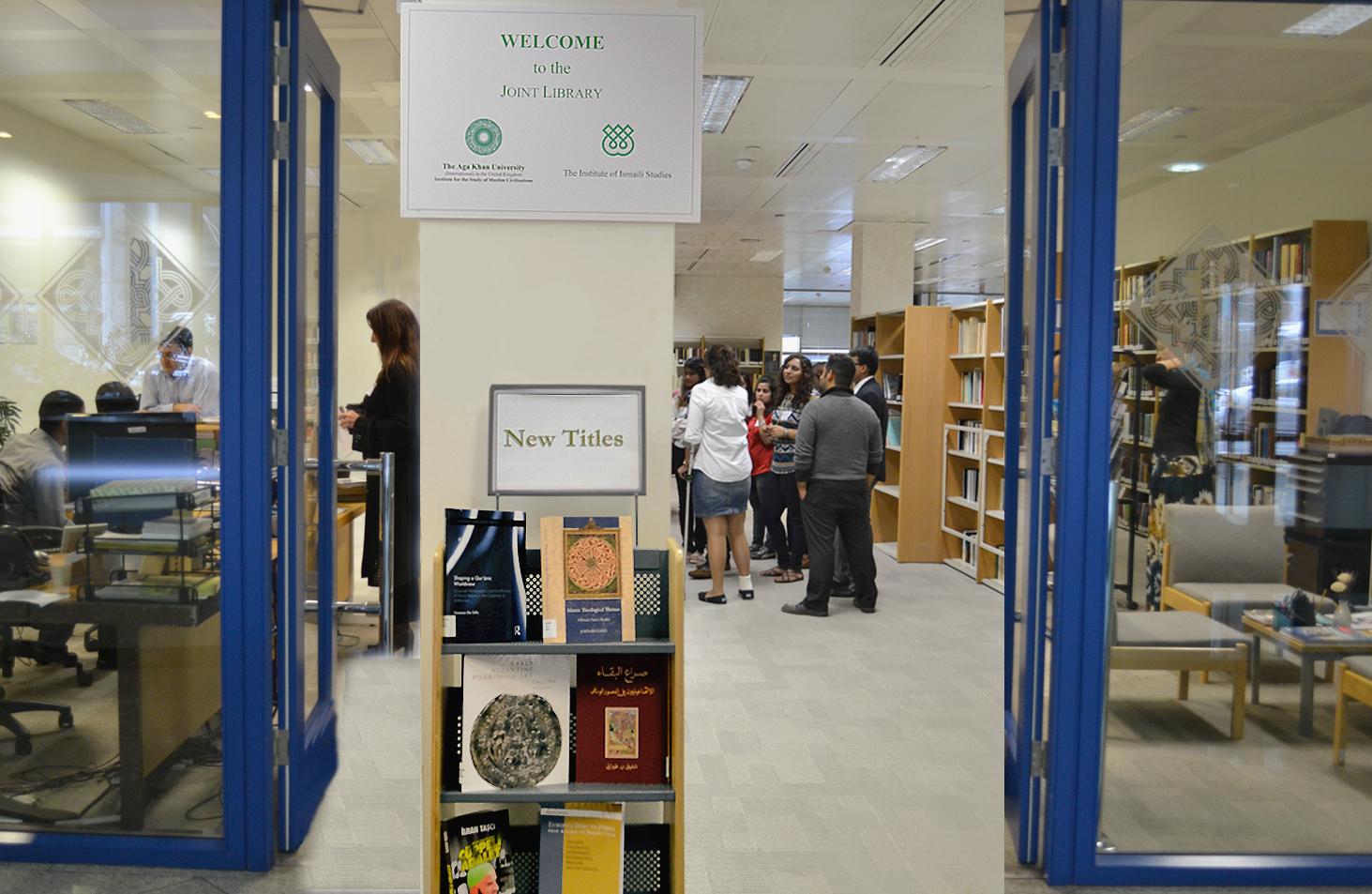 Since 1979, the IIS’ Library has been developing, preserving and maintaining a unique collection of books, articles, recordings and films, images, and other materials representative of Muslim traditions and heritage. It thus supports and furthers the mission of the IIS in the broadest sense, whilst serving the specific research and teaching needs of students, researchers and visiting scholars.

The Library’s collections comprise some 30,000 items. These include printed materials, from rare imprints to recent monographs. It has grown over the years through a steady programme of new acquisitions. However donations made by benefactors have been crucial as well. The gift of films, slides and photographs from Mr Amirali Mamdani has enriched the Audio-Visuals Collection greatly, while the gift of Professor Ali S. Asani from the library of Professor Schimmel of South Asian literature has enhanced the Reference Collection. In addition, the Library seeks and acquires microfilms and photocopies of important texts from libraries and individuals around the world. In its relatively short history, it has thus grown into a leading centre and repository for rare and significant resources illustrative of all facets of Ismaili thought and tradition.

The library of AKU-ISMC has aimed to meet the teaching needs of the ISMC’s academic programmes and to build a significant and distinctive scholarly research collection on Muslim cultures, and to cover Muslim societies all over the world. Emphasis is placed on the published contributions of contemporary scholars in areas and languages of interest to the ISMC, with a particular highlight on Muslim reformers in different countries, such as Egypt, Pakistan and Iran.

Dr Walid Ghali has been appointed as Head of the IIS-ISMC Joint Library. He has been the ISMC Head Librarian for the past year and a half. Previously, he worked for over 15 years in various librarian roles at the American University in Cairo. In 2008, he worked as project leader at the Egyptian National Library to catalogue a collection of about 5,000 manuscripts known as “Majami’ Dar al-Kutub”. In addition, he has led various project teams in a number of Middle Eastern libraries. In 2012, Dr Ghali obtained his PhD in Library Sciences from Cairo University with a dissertation dealing with “Manuscript Digitisation Projects in Egypt”.

On the occasion of this appointment, Dr Walid Ghali stated that “the vision for the new library is to see it become a powerful, leading library in London, providing a niche of resources in order to build intellectual leadership and offering access to invaluable information and knowledge, broadly in the fields of Islamic Studies, while focusing on Muslim civilisations, Shi‘i studies, and Ismaili Studies. It is also hoped that the Joint Library will enable professional growth and provide rare opportunities for the academic and research community.”
Related Pages on the IIS Website: