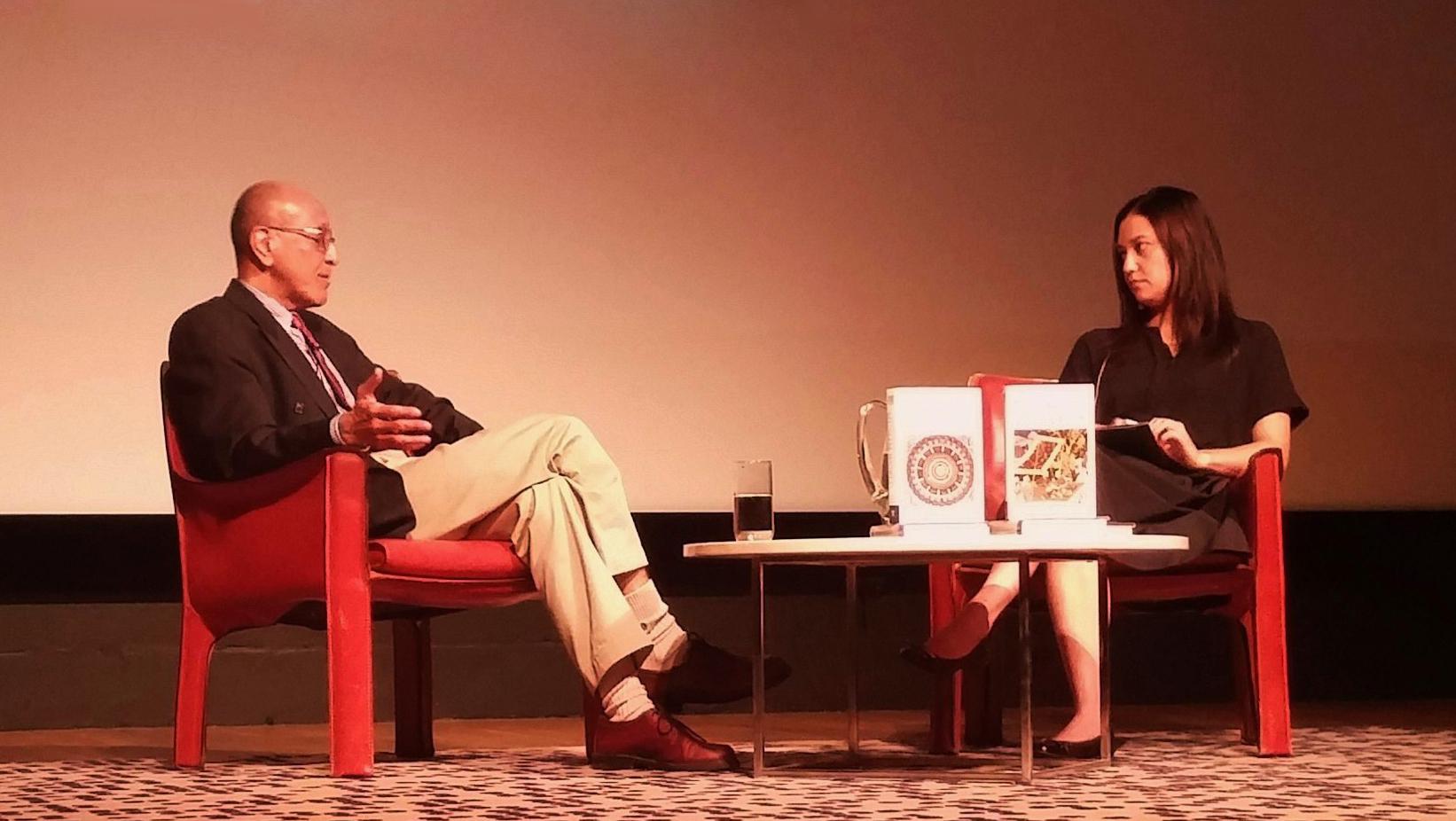 During the first half of 2015, IIS scholars interacted with audiences across the globe at 37 events held in Canada, Portugal, Tajikistan and the USA. These events introduced a number of IIS publications to the audience and provided opportunities to discuss relevant issues.  Over 3,500 individuals attended these events, including leading figures in academia, diplomats, university students, as well as leaders and members of the Ismaili Community.

The first event of the year was held at the Ismaili Centre in Lisbon, where Dr Reza Shah-Kazemi presented a lecture entitled: Commemorating the Prophet: Recollecting the Spirit of Islam and Realising the Love of God. The audience included professionals, diplomats and members of the Ismaili Community.

Dr Alice Hunsberger visited Houston, USA, in January to discuss her publication, Pearls of Persia: The Philosophical Poetry of Nasir-i Khusraw.  Originally presented as papers at a conference at SOAS, University of London, the publication covers topics ranging from metaphysics, cosmology and ontology, to prophecy, rhythm and structure, the analysis of individual poems and the matter of authorship.

The Ismaili Centre in Dushanbe hosted an event in March to commemorate the publication of the Tajik translation of Nasir-i Khusraw’s Safarnama. This book adds to the expanding range of translations undertaken by the IIS in languages such as French, Gujarati, Tajik, Urdu and, most recently, Spanish. The event was conducted in Farsi and attended by a host of local scholars and professionals. Presentations included those by the translator of the publication, Mr Noyobshoi Zurobek.

Tajikistan was revisited by an IIS scholar in April, where Dr Jalal Badakhchani conducted a book launch programme in Farsi for the Tajik version of his Divan

-i Qa‘imiyat. The event was held at the Ismaili Centre, Dushanbe, and was well attended by local scholars.

In late-March, the IIS hosted a book launch event in collaboration with the Ismaili Council for the USA and Harvard University. This event marked the launch of the final volume in the Anthology of Philosophy in Persia series and the series as a whole. Harvard University hosted the event, with the editors of the series, Dr Mehdi Aminrazavi and Professor Seyyed Hossein Nasr participating in an on-stage discussion about these publications. Following the event, Dr Aminrazavi stated that they “very much enjoyed meeting so many bright students as well as the interaction with the audience.”

During March and April, Dr Reza Shah-Kazemi visited six cities in the USA, reaching around 1,700 individuals at 13 events held at various locations including the University of Miami, Emory University in Atlanta and the Museum of Fine Arts in Houston.

Reflecting on his visit to the USA, Dr Shah-Kazemi said: “For me, by far the most significant aspect of these launches was coming into contact with the various communities in these cities”. The events were largely focused around his two publications entitled Spiritual Quest and The Spirit of Tolerance in Islam.  A range of formats were used, including lectures, panel discussions and luncheons. Following an event in Fort Lauderdale, one attendee said, “His [Reza Shah Kazemi] knowledge of the subject matter is unparalleled and his humility was inspiring.”

In late April, a book launch event was organised in conjunction with the Aga Khan

Museum in Toronto. This event was centred on the launch of Dr Amyn Sajoo’s A Companion to Muslim Cultures. Dr Sajoo, the editor of the Companion series, engaged in an on-stage conversation with Dr Jeannie Miller from the University of Toronto, on contemporary topics which feature in this edited volume. This Companion covers a range of topics which speak to current affairs including women and Islam, popular practices around the Qur’an

, and cosmopolitanism. The event was followed by an interactive question & answer session with the audience. Speaking about this event, Dr Sajoo said, “such complementarities of academic text, cultural space and public engagement make for extraordinary rewards for a scholar and, indeed, for the work of the IIS.”

Soon after this event, Dr Sajoo attended additional book launch events for this Companion volume at the Dallas Museum of Art and at an Ismaili Community Centre in Dallas. During his time in Texas, Dr Sajoo also participated in a range of other events. Reflecting on these events, he stated, “A roundtable at the University of Texas focused on issues of secular and religious identity in diverse Muslim settings, while the conversational events at the Dallas Museum of Art and with the local Ismaili Community, drew on key themes in the Companion volume, from scripture to the arts. These interactive episodes allowed deep engagement with a wide array of audiences which also yielded rich feedback on the writing and research at hand.”

In May, Shiraz Kabani, Head of the Department of Community Relations, undertook a tour of Canada and delivered nine presentations across various cities, including Toronto, Ottawa, Edmonton and Vancouver. Mr Kabani held sessions for Ismaili religious educators, leadership and general audiences, covering themes of topical relevance.  In May, the Institute hosted another scholar visit in Lisbon. During this visit, Dr Nadia Eboo-Jamal hosted two events on the occasion of Yaum-i ‘Ali.

In late May, Dr Alice Hunsberger hosted several events centred on Nasir-i Khusraw in Seattle, including a book launch at the Seattle Asian Art Museum, entitled Silk Road Travels: Poet Nasir Khusraw’s Search for Meaning. This was followed by a subsequent event at the Ismaili Centre, Lisbon, in June, which rounded up the book launch and scholar visits for the first half of the year.

The IIS book launch events and scholar visits have helped to highlight the wide range of themes covered by the Institute’s research, from spirituality and the Qur’an to Nasir-i Khusraw, Imam

Ali and Muslim cultures.  The second half of 2015 will include further events around the Shi‘i Heritage series with Dr Farhad Daftary and Dr Gurdofarid Miskinzoda as well as an event on Qur’anic Studies by Dr Omar Ali-de-Unzaga in Lisbon.