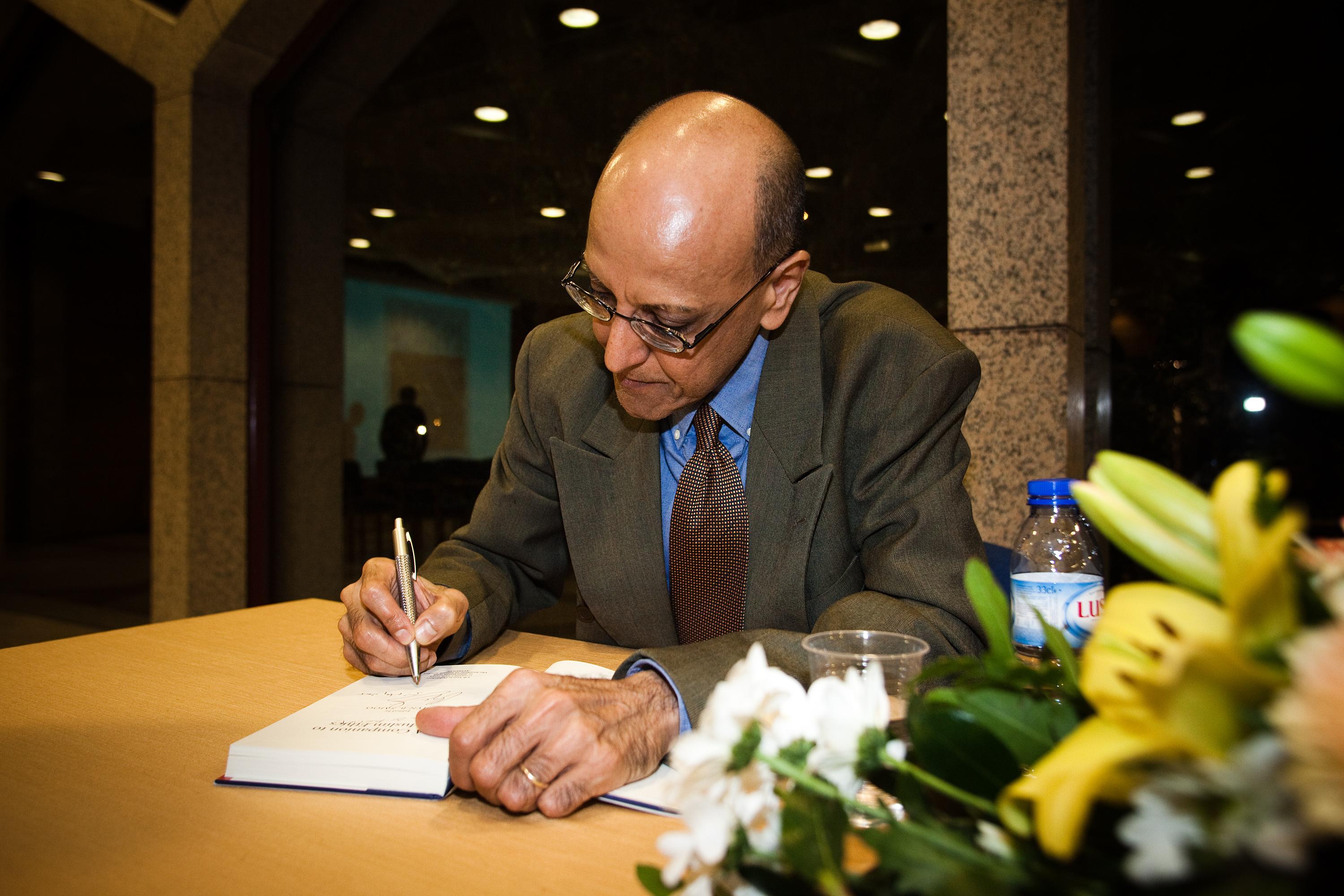 At the end of every year, Choice publishes a list of Outstanding Academic Titles that have been reviewed during the previous calendar year. This prestigious list reflects the best in scholarly titles reviewed by Choice and brings with it the extraordinary recognition of the academic library community.

In reviewing the publication for “Choice 2019 Outstanding Academic Title,” L. J. Alderink, Emeritus Professor, Concordia College, who was part of the awarding committee said of the publication:

“This collection appears at an opportune time, a time when the societies that produced Islamic jurisprudence have given way to secular, modern nation-states with their institutions, boundaries, passports, and, above all, coercive power. The book, as a whole, argues against the views that Shariʽa is a state function to regulate the behaviour of a populace or that Shariʽa is divine law that is uniform across Muslim societies.

In the introduction, Sajoo states that the theme that runs throughout the volume is that Shariʽa is ‘the good life as a daily pursuit … an ongoing human quest to grasp the substance of divine guidance in the conduct of devotional, social, and economic life, including how one relates to the natural environment.’ The contributors discuss, among other things, the foundations of Shariʽa, ethical theory and practice, spiritual refinement, gender equality, finance, bioethics, and Muslim societies in Ottoman Turkey, democratic Indonesia, and the West. Each essay includes helpful suggestions for further reading. This book opens the way to a new inquiry: Shariʽa as the linking of divine will and human good. It makes for excellent reading and thinking.”

Choice is a publishing unit, which is part of the American Library Association, dedicated to providing the academic library community with the tools and services it needs, through a variety of resources including Choice magazine and the Choice Reviews database. Founded in 1964, Choice now reaches more than 18,000 librarians, faculty, and key decision makers connecting the three principal groups of the academic library market: librarians, patrons, and content providers.

The list contains approximately ten percent of some 6,000 literary works reviewed in Choice each year. Choice editors base their selections on the reviewer’s evaluation of the work, the editor’s knowledge of the field, and the reviewer’s record. In awarding Outstanding Academic Titles, the editors apply the following criteria to reviewed titles:

: History, Ethics and Law is the fifth publication in The Institute of Ismaili Studies’ Muslim Heritage Series. The publication explores many of the popular myths about the shari‘a — that it defines Islam, that it is divine in substance, that it contains a code recognised by all Muslims — by leading scholars from a variety of disciplines. The claims of the modern state as the custodian of the shari‘a are put into perspective, alongside the vital role of a pluralist civil society. From bioethics, family law and finance to constitutional and human rights issues, this fifth volume in the Muslim Heritage Series looks at how we think about Islam as a lived experience. The series explores themes vital to Islamic civilisation, with titles including A Companion to Muslim Cultures, A Companion to Muslim Ethics and The Shi‘i World. Find out more about the book here or explore the series.