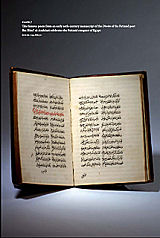 Not many original Ismaili texts were available to modern scholars until the middle of the twentieth century. Consequently, the Ismailis were mostly studied on the basis of the materials that were either collected from or fabricated by their detractors. The Ismailis, like many other minorities, were often described as an ‘unorthodox’ sect vis-a-vis the mainstream ‘orthodox’ majority. However, beginning in particular with the work of the Russian scholar Vladimir Ivanow, large scale recovery of texts written by Ismailis began. This was a breakthrough in Ismaili studies. At the same time approaches to the study of world religions began to change. Consequently, over the last 50 years, fresh approaches to the study of religions, their internal diversity and varied groups and sub-groups has emerged. This book brings together some of the results of this scholarship and makes a valuable contribution towards the furthering of it.

The Anthology of Ismaili Literature is divided into three parts: ‘History and Memoir’, ‘Faith and Thought’ and ‘Poetry’. The selected texts represent a wide-ranging time period, from pre-Fatimid era to well after the end of the Alamut

period, and in some cases the modern era. A range of ideas, arguments as well poetic expressions are put together through the works of writers such as Ibn al-Haytham, al-Qadi

Shams. These works have been translated from Arabic, Persian and South Asian languages into English by some of the foremost scholars in the field. The book is indispensable for the study of the historical shifts and evolution in Ismaili thought over very important phases of their history.

This anthology is part of the Golden Jubilee Publications, published to commemorate and celebrate the completion of 50 years of Imamat

by His Highness the Aga Khan. This book provides the readers with an opportunity to enjoy the richness of the Ismaili literature through an exploration of texts that were preserved, copied and transmitted from one generation to the next.