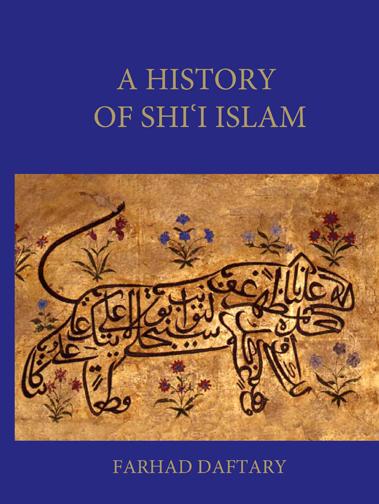 The IIS in association with I.B. Tauris is pleased to announce the publication of A History Of Shiʿi Islam by Dr Farhad Daftary, the inaugural book in the newly launched Shi‘i Heritage Series. In the context of conflicts and crises afflicting the Middle East, global exposure has accentuated how little is known outside the Muslim communities about the history and traditions of Shiʿi Muslims. This is due to the fact that Shiʿi Islam has received scant attention from historians, particularly in the West. This book, by one of the most distinguished Muslim historians, Dr Farhad Daftary, provides a definitive account of the development of Shiʿism, clarifying along the way the frequent misunderstandings and misrepresentations that colour many perceptions about it.

The author draws on the scattered findings of modern scholarship to explain the formative era of Shiʿi Islam, when a multitude of Muslim groups and schools of thought were elaborating their doctrinal positions. Subsequent chapters are devoted to the history of the Ithnaʿasharis, or Twelvers

, the Ismailis, the Zaydis

and the Nusayris (now more commonly known in Syria as the ʿAlawis), the four communities that account for almost the entirety of the Shiʿi Muslim population of the world (ca. 200 million).

The result is a comprehensive survey of Shiʿi Islam that will serve as a work of reference for academics in Islamic and Middle Eastern studies, as well as the broader field of the History of Religions. At the same time, the author’s accessible text will assure a wide interest among general, non-specialist readers who follow contemporary events in the Middle East and the Islamic world.

In his introduction to the series, Dr Farhad Daftary describes the principal objective of theShiʿi Heritage Series, launched by The Institute of Ismaili Studies, as the enhancement of general knowledge of Shiʿi Islam and the promotion of a better understanding of its history, doctrines and practices in their historical and contemporary manifestations. Addressing all Shiʿi communities, the series also aims to engage in discussions on theoretical and methodological issues, while inspiring further research in the field.

Works published in this series will include monographs, collective volumes, editions and translations of primary texts, and bibliographical projects, bringing together some of the most significant themes in the study of Shiʿi Islam through an interdisciplinary approach and making them accessible to a wide readership.