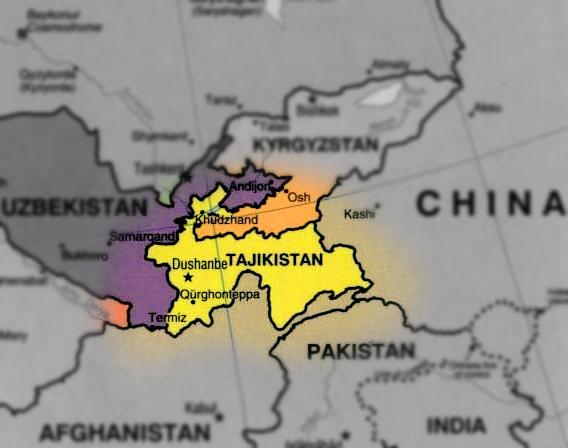 Three researchers from the Institute presented papers at the Joint Regional Conference of the Association for Slavic, East European and Eurasian Studies on 22-24 May 2014 at Nazarbayev University in Astana, Kazakhstan. Drs Dagi Dagiev, Abdulmamad Iloliev and Sultonbek Aksakolov (Post-doctoral research fellow with DARP) presented on issues related to identity and migration amongst Tajik people.

Dr Abdulmamad Iloliev’s paper, entitled Migration and Racism: A Case Study of Tajik Labour Migrants in Russia, was based upon fieldwork conducted in both Russia and Tajikistan, where various groups of labour migrants from the Badakhshan region of Tajikistan were observed and interviewed. According to official statistics, there are more than a million Tajikistani migrants currently living in Russia. Dr Iloliev’s fieldwork revealed that a majority of them are subject to a variety of forms of exploitation, abuse, ethno-racial profiling, discrimination and violence. The reasons for this, submitted Dr Iloliev, are complex and manifold. In many cases racism against labour migrants is produced by restrictive immigration policies and the scapegoating of migrants as criminals and being the cause of unemployment.

In his presentation, The Implementation of Soviet Religious Policy among the Ismaili Community in Tajikistan (1943-1991), Dr Sultonbek Aksakolov debated the findings of most of the studies on religion which view Islam and the state in the Soviet Union as two opposing categories. By analysing documents from the Soviet state archives on the Ismailis of Central Asia, his presentation sought to explain the extent to which interrelations between the officials representing the state and religious figures representing the Ismaili Muslim community defined the success and limits of Soviet religious policy.

Dr Aksakolov demonstrated the dynamic relationship between the two representative categories, that is, the officials and Communist Party bureaucrats and the religious figures (khalifas, mullos and maddohkhons). The unique nature of Dr Aksakolov’s research is that he aims to explore modern Ismaili history on the basis of new sources, emphasising official reports.

The work of all three researchers illuminates a previously unknown area of the relationships of Ismaili communities in Central Asia with society, state and identity. However, the studies are very much based on modern history, which would be of particular interest to policy-makers and scholars.

The conference included panels and papers on topics relating to all aspects of humanities and social science scholarship on Central Eurasia.