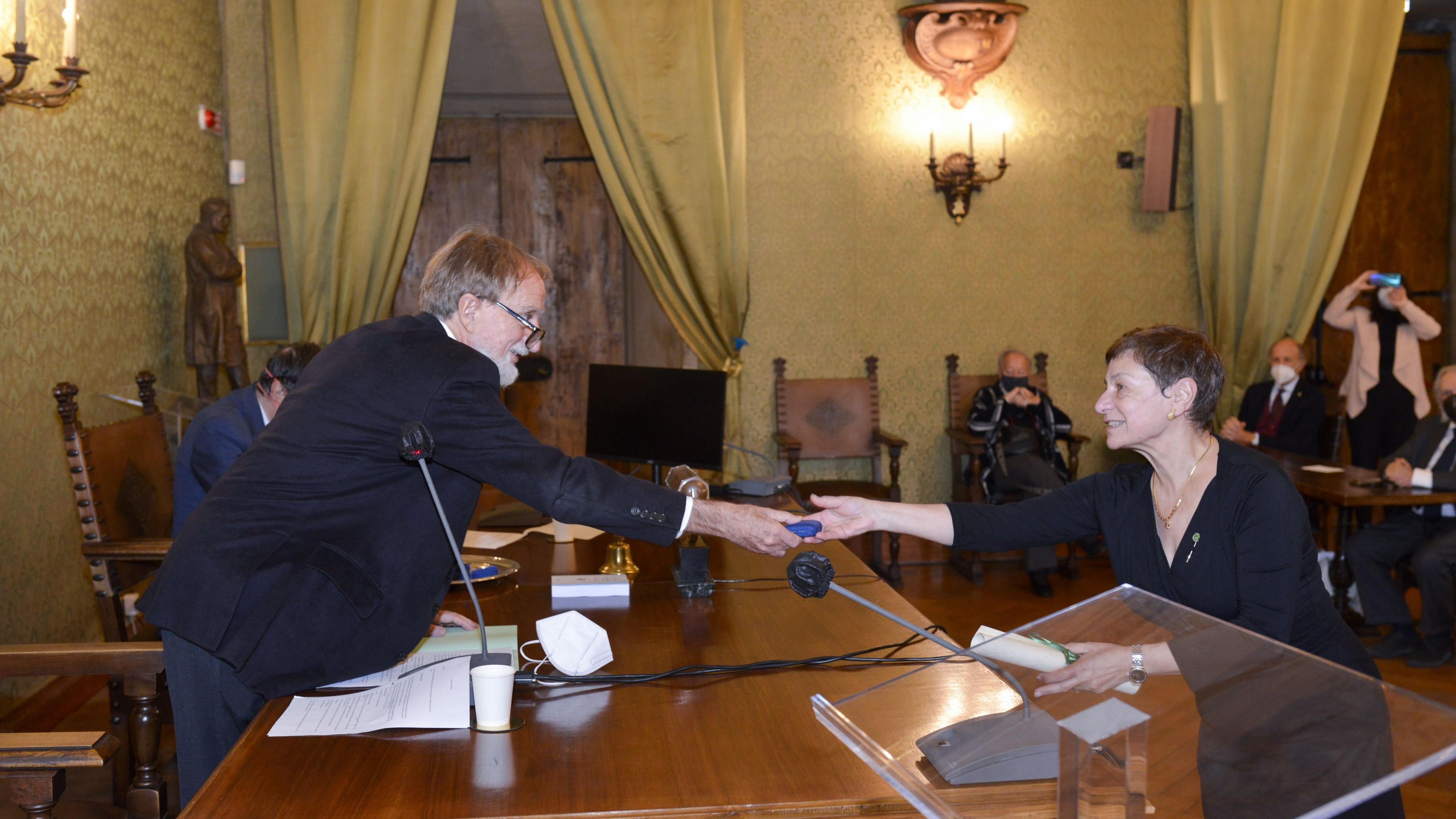 The Accademia dei Lincei (anglicised as “the Lincean Academy”), founded in 1603 by Federico Cesi, is the most ancient scientific academy in the world. It was named after the lynx, an animal whose sharp vision symbolises the observational prowess that science requires. Galileo Galilei was among its first members and became the intellectual centre of the Academy. It is the highest cultural institution in Italy, and since July 1992 has been the scientific and cultural advisor to the President of the Republic.

In 1986, the Academy was placed under a statute that says it shall be composed of 540 members, of whom 180 are ordinary Italian members (membri nazionali), 180 are foreigners, and 180 are Italian corresponding members. The members are divided into two classes: one for Mathematical, Physical, and Natural Sciences; the other for Moral, Historical, and Philological Sciences.

We congratulate Professor Baffioni on her exciting new appointment.