The Institute of Ismaili Studies (IIS) hosted a panel presentation at the 2012 Middle Eastern Studies Association of North America (MESA) conference held in Denver, Colorado, USA from 17th-20th November 2012. The panel entitled, Social Aspects of the Fatimid Experience, built on last year’s panel, Fatimid Studies, as part of the Institute’s ongoing work in the field of Shi‘i Studies.

MESA is a private, non-profit, non-political learned society that brings together scholars, educators and those interested in the study of the region from all over the world. As part of its goal to advance learning, facilitate communication and promote cooperation, MESA sponsors an annual meeting that is a leading international forum for scholarship, intellectual exchange and pedagogical innovation.

Social Aspects of the Fatimid Experience, held on 19th November, was chaired by Dr Farhad Daftary, Co-Director of the IIS, and organised by Professor Paul E. Walker, who is currently Deputy Director for Academic Programmes at the Centre for Middle Eastern Studies, University of Chicago, where he is also a Senior Lecturer in Near Eastern Languages and Civilisations.

The Fatimids reigned across the Mediterranean lands stretching from North Africa to Egypt, Syria and parts of Arabia for over two and a half centuries (909 - 1171 CE). As a ruling minority, the Fatimids

predictably faced a number of challenges in governing a population composed of disparate religious communities and ethnic groupings. In reigning over their diverse populace, they developed a policy of tolerance and inclusiveness. Instead of dictating from above, the Fatimids often led from the middle, seeking a common ground when confronted with issues of contestation and controversy. This panel discussed some aspects of the social interactions and experiences within this context of inclusive Fatimid rule.

The first presentation by Dr Simonetta Calderini, Reader in Islamic Studies at the University of Roehampton, entitled “Leading from the Middle”: Shi‘i Debates on Female Prayer Leadership during Fatimid Times, looked at the contentious issue of women leading prayer, as discussed in Fatimid legal works. She analysed this within the wider context of tenth and eleventh century arguments on leadership and governance found in jurisprudence and hadith

scholarship. Dr Calderini showcased the significance of the fact that, in Shi‘i and particularly Fatimid jurisprudence, gender accommodations were made.

Dr Delia Cortese, Senior Lecturer in Religious Studies at Middlesex University, presented her paper on Women’s Contribution to the Transmission of Sunni Learning in Fatimid Egypt. Dr Cortese looked at the continuation of Sunni hadith scholarship under the Fatimids and particularly, in this case, of women’s participation in it. She focused on the role women played in securing the continuation, dissemination and flourishing of the Sunni intellectual tradition under Shi‘i Ismaili rule. 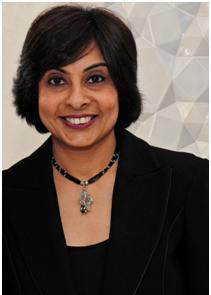 Dr Shainool Jiwa, Head of the Constituency Studies Unit at the IIS, delivered a presentation on Kinship, Camaraderie and Contestation: Fatimid Relations with the Ashraf in the 4th/10th Century. She examined the position of the ashraf (the recognised descendants of Prophet Muhammad) who were among the most well-established and influential social groups in the Muslim world at the time, and discussed how the Fatimids, themselves claiming to be members of the same family, related to them. Drawing upon a range of primary sources, Dr Jiwa established that the Fatimids had a ubiquitous yet intricate relationship with the ashraf, thus demonstrating that, depending on a number of contingencies, their relations ranged from those of close co-operation to those of outright hostility.

The final presentation was delivered by Professor Paul E. Walker, entitled Fatimid Public Pronouncements: the Chancery as the Voice of a Shiite

Dynasty, which analysed the role of the chancery as the public voice of the dynasty, the audience for whose products deliberately included the entire citizenry. Professor Walker showed that prominent experts working in the Fatimid chancery were often not Ismaili, and more than a few were not even Muslim. Yet, they were invested with the trust and authority to draft official documents which supported the Ismaili Imamate

and expressed the wishes and policies of the Fatimid state.

The panel was well attended by scholars and researchers alike and complemented by a display of IIS publications as part of the popular MESA book exhibition. The Institute was also involved in a panel on The Shi‘ite

in Historical and Comparative Perspective where IIS Research Associates, Mushegh Asatryan and Orkhan Mir-Kasimov, presented papers on A New Source for the Study of Early Shi‘a

Ghulat and Re-Emergence of the Early Ghulat Ideas in the Post-Mongol Iran?: Textual Evidence from the Hurufi Works, respectively.

Speaking about the conference, Dr Shainool Jiwa said: “This is the third consecutive year in which the IIS has sponsored a panel on Fatimid studies at MESA. This has provided an invaluable annual opportunity to explore pertinent aspects of this important and increasingly popular area of Islamic studies. It has also created a platform for established scholars as well as recent academics to present their work and to exchange ideas and resources, thus contributing to the growing interest and scholarship in the field.”