IIS Website launches multimedia project based on the Safar-nama 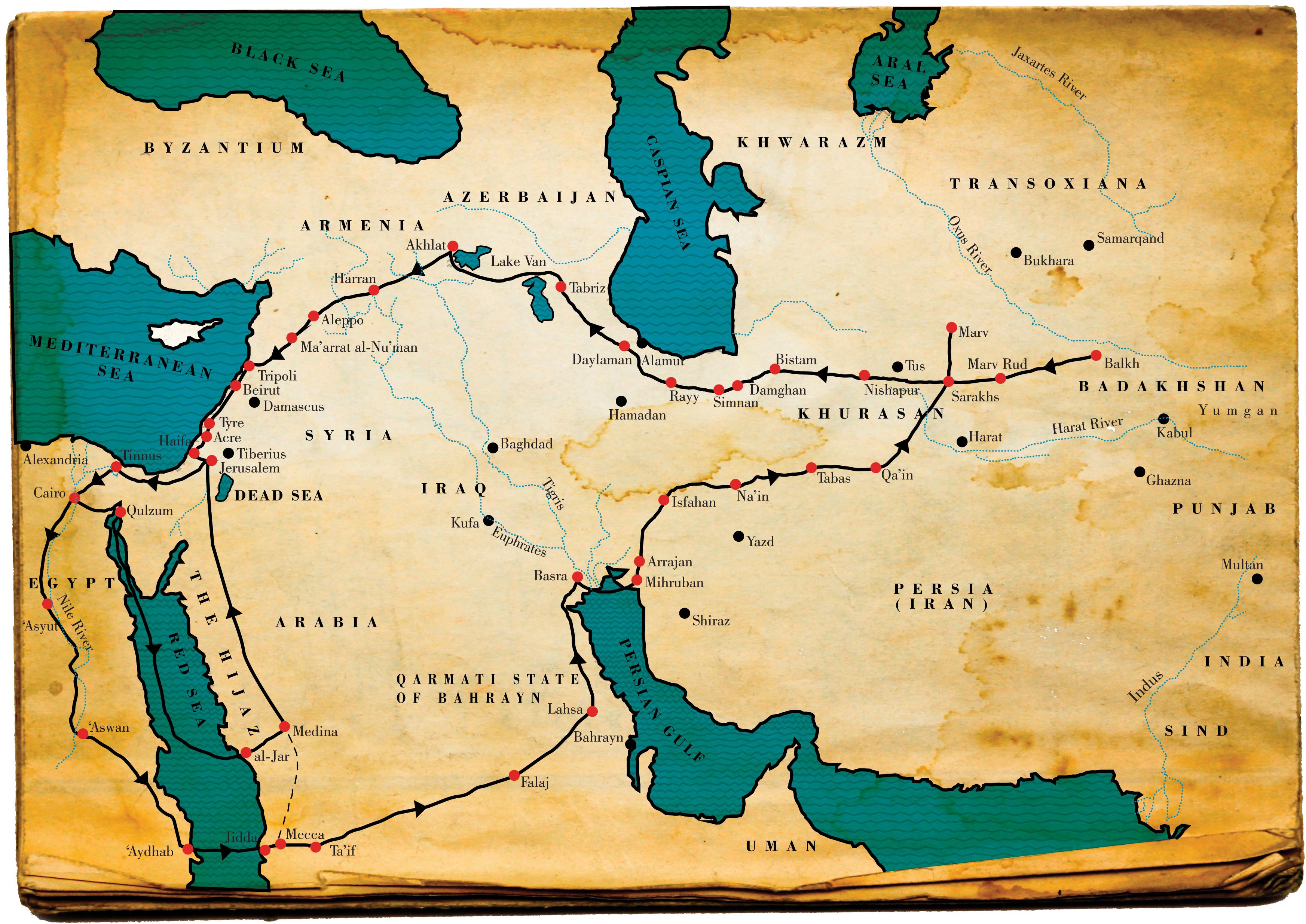 The IIS is pleased to launch a digital interactive map based on the Safar-nama of Nasir-i Khusraw, the renowned Persian poet and philosopher.

The interactive map traces the route of Nasir-i Khusraw and his companion on his epic voyage during which he travelled from Central Asia to the Mediterranean Coast, Egypt and Arabia. The Safar-nama or literally ‘travelogue,’ is an important historical and anthropological document, containing information and facts about the towns, villages, cities and the people of that time, which provides useful insights into various aspects of life during the eleventh century Muslim world.

Utilising passages from the Safar-nama, the map is a pathway into history of the ancient cities from Balkh in Northern Afghanistan, to Aleppo, Jerusalem, Medina, Mecca and Basra, to name a few. Each location on the interactive map leads to an excerpt from Nasir Khusraw’s Safar-nama and some further information about the place, including images and links to useful research resources.

The Safar-nama is essentially a simple and accessible text written in eloquent Persian. It has been written to impress the reader with the strange and wonderful things seen during the travels of Nasir Khusraw, rather than with the linguistic skills and capabilities of a poet and philosopher. As a traveller, Nasir offers straightforward descriptions of the cities and towns he visited. He also recounts for the readers some moments of delight and shares the insights he gained on his journey which on the one hand reflect his keen and curious mind and, on the other, build the readers’ trust in his descriptions. The digital map also features a timeline with information about the ruling Muslim dynasties at the time, namely Abbasids

, the Great Seljuks and Anatolian Seljuks.

The project was conceived by Zehra Lalji, Research and Production Officer on the website team and a GPISH graduate, and developed with the support of numerous other staff and volunteers. This interactive gallery can serve as a useful learning tool for students and scholars alike.
Access here: The Safar-nama of Nasir Khusraw