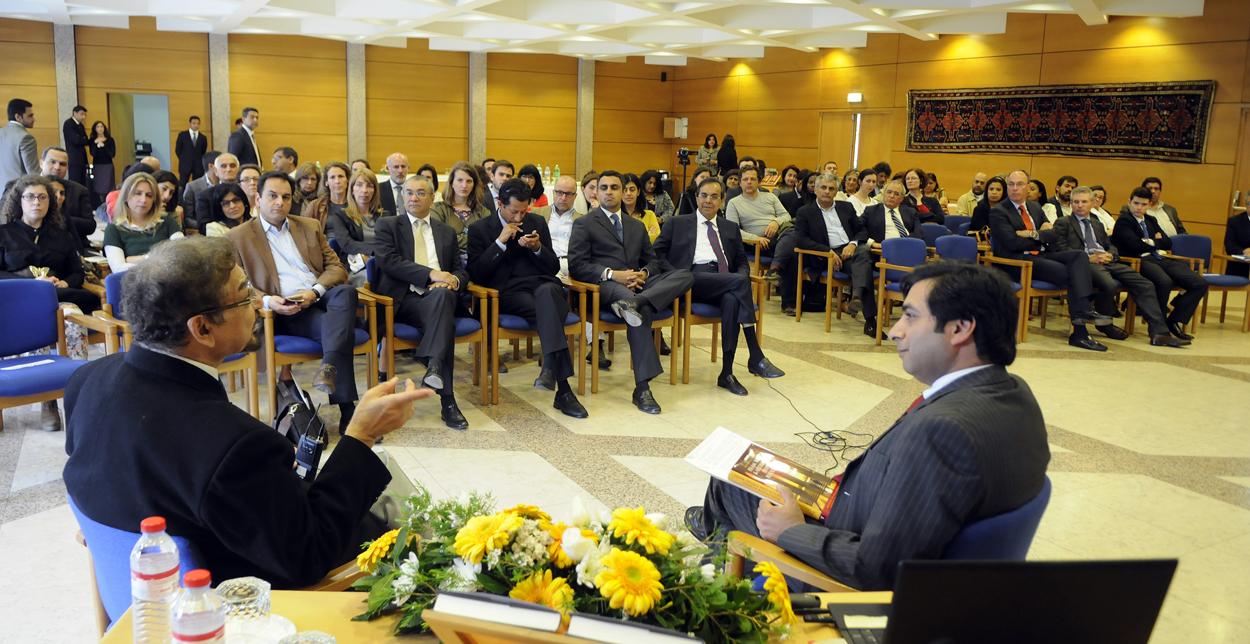 In 2014, IIS scholars and publication authors participated in an array of book launch events and scholar visits.

The IIS’ Department of Communications & Development facilitated thirty-four events in Canada, India, Portugal, Tajikistan, United Arab Emirates, the United Kingdom and the USA. Over 3,000 individuals attended these events, including leading figures in academia, university students, dignitaries and members of the Ismaili community.

This year’s book launch series commenced with a high-profile launch of A Companion to Muslim Cultures at the Los Angeles County Museum of Art (LACMA). Dr Amyn Sajoo participated in an on-stage interview with Linda Komaroff, Curator at LACMA, during which he discussed this volume and the Companion series of which it is a part. A Companion to Muslim Cultures covers a range of topical subjects, such as modernity, science and social change, and issues of gender and identity.

During his visit to California, Dr Sajoo also participated in a launch event with the Ismaili community in Santa Clara, followed by a Q&A session. This format allowed the audience to situate the ideas in the Companion within a day-to-day context. On participating in these launch events, Dr Sajoo remarked, “launch events serve as vital bridges between pages and minds. ‘Academic’ words come alive; ideas take shape”.

The IIS book launch tour then shifted its course from West to East. Events were held in Mumbai, India, with Dr Shainool Jiwa and in the United Arab Emirates with Dr Mohamed Keshavjee. In Mumbai, Dr Jiwa participated in a joint-launch event to promote her two publications, Towards a Shi‘i Mediterranean Empire and The Founder of Cairo. Relaying his experience of the event, an attendee stated: “This was wonderfully done. I look forward to many more enlightening endeavours such as this from the IIS”.

Also, in the UAE and later in Portugal, Dr Mohamed Keshavjee, a member of the IIS’ Board of Governors, spoke to various audiences about his book, Islam, Sharia

and Alternative Dispute Resolution, released in 2013.

Lisbon, Portugal, was the setting for several other book launch events this year, including an event to commemorate the publication of A Modern History of the Ismailis, Fortresses of the Intellect: Essays in Honour of Dr Farhad Daftary and the Historical Dictionary of the Ismailis (by Dr Farhad Daftary) in Portuguese. The Institute currently has a roster of over 90 translated volumes published in French, Arabic, Persian, Urdu and Tajik. 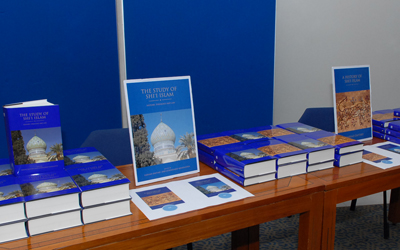 A much-anticipated highlight of the season was the launch in May 2014 of the premier publications in the new Shi‘i Heritage series; A History of Shi‘i Islam and The Study of Shi‘i Islam, in London. The event, which was also replicated in Lisbon, featured the Managing Editors Dr Farhad Daftary and Dr Gurdofarid Miskinzoda speaking about the objectives and scope of this latest IIS offering.

Speaking following the event, an attendee enthused “the IIS reaches out to a wide audience and presents its work with care, in a manner accessible to all. It is concerned with promoting the study of the wider Shi‘i community, not limiting its scope only to the Shi‘i Ismaili community.”

In August, events took place in Dushanbe, Khorog and the Rushan District, in Tajikistan. These book launches were held to commemorate a new publication entitled Russian Scholars on Ismailism, produced by the Central Asian Studies Unit (CASU), at the IIS.

In 2014, 17 book launch events were organised in the USA, with two IIS scholars, Dr Reza Shah-Kazemi and Dr Shainool Jiwa. The tours included outreach lectures and sessions with university students in Boston and Seattle. Dr Shah- Kazemi spoke on Spirituality and Universality in Islam, talking on the same subject later in the year in Dubai. Upon reflection, Dr Shah-Kazemi said, “Participating in the IIS book launches ... has been a wonderfully enriching experience, in spiritual terms; and an unexpectedly rewarding one, in intellectual terms. ... The very process of sharing with others the fruits of our research and reflections results in a deepening, for ourselves, of the knowledge being imparted.” 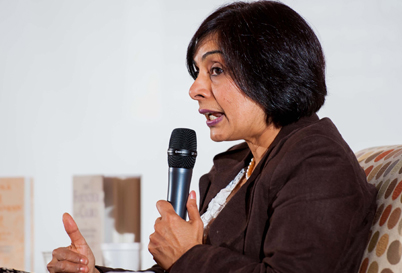 Dr Shainool Jiwa discussed her two publications focussing on Fatimid Cairo, rounding up the 2014 book launch series with a tour in Canada where she visited Vancouver, Calgary and Toronto. Dr Jiwa also participated in an event at the newly-inaugurated Ismaili Centre. Following her visit, Dr Jiwa stated: “The book launch sessions have been very fulfilling for me as they have provided me an opportunity to interact with both academic audiences and non-academics of all persuasions, including Ismailis. Sharing my research interests and findings with such a diverse range of people has enabled me to get a first-hand understanding of their viewpoints and concerns. I have been reminded, in this way, of the importance of ensuring that our work at the IIS remains responsive to our key constituencies which includes non-academics within the Ismaili community.”

In giving exposure to IIS publications and IIS authors and scholars, new audiences have been made aware of IIS’ work. Through them, the Institute hopes to create greater awareness of its output amongst academic and non-specialist audiences