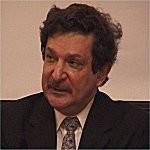 “It is often remarked that recognising the diversity of one’s own tradition is a necessary pre-condition for the advancement of pluralism. However, in the vast literature on pluralism, there is limited reference to the social fact of Muslim diversity and its lengthy history, let alone how Muslims have responded to their internal ‘others’ … This series elucidated and reflected upon the various manifestations of this plurality and how difference amongst Muslims is managed and understood,” said Dr Zulfikar Hirji, series coordinator.

Over the course of the seminars, three overarching themes emerged. The first is the manner in which contemporary nation-states manage plurality. The seminars of Dina Kiwan and Patrice Brodeur, for example, described the ambivalence between the nation-state’s desire to create “citizens” and its desire, particularly in Western democratic states, to recognise and uphold the rights of individuals and groups. In particular, Dr Brodeur’s case study, which concerned census-taking in the United States, showed how the state limits the ability of Muslims to articulate their internal differences. Hence, in the contemporary American public sphere, Muslims are often represented as an undifferentiated mass with a single viewpoint. What is interesting to note however, is that particular groups of Muslims are integrally involved in the process of census-taking and categorising who is ‘Muslim’ and who is not. This reveals that if diversity is to be recognised, then we need to understand the complex power relations between the state and particular groups and individuals within it.

Dina Kiwan’s case-study concerning citizenship education in England highlighted similar structural problems. She explained the extent to which terms such as ‘diversity’, ‘plurality’, ‘pluralism’ and ‘multiculturalism’ remain undefined and confused in government policy papers about citizenship education. Such ambiguities impact the challenging task of teaching about diversity in the classroom. Her seminar also raised questions which have a direct impact on schools for Muslims in England and elsewhere: How are teachers talking about plurality? ; How are they teaching about Muslim diversity?; Are they characterising diversity in terms of ‘Muslims’ and ‘others’, or is the heterogeneity of Muslim societies used as means to foster an appreciation of human diversity?

The second theme that surfaced was how difference amongst Muslims is expressed. This theme was made evident in James Allan’s seminar which concerned mapping the visual boundaries of ‘Islamic Art’. Professor Allan set out a typology of art produced by Muslims based on doctrinal differences. He then described and presented images of art objects associated with Shi‘i and Sufi practices, such as ‘alam

s used in the taziya practices of Twelver Shi‘is, and the wool/hair cloaks of Sufi dervishes. He asked, “What particular features distinguish a Shi‘i object from a Sunni one?’ Professor Allan concluded that it is difficult to distinguish between objects based on doctrinal association. However, the presence or absence of certain types of objects within the broader repertoire of a particular Muslim tradition tends to mark difference and alerts us to the presence of an internal ‘other’.

Differences have been viewed positively and negatively throughout Muslim history. This point was made concrete in Josef van Ess’ seminar on “Pluralism and Tolerance in Early Islamic History”. Professor van Ess made clear that in early Muslim histories, differences in interpretation of religion were tolerated, at least unwittingly. Over time, differences became less desirable. This was echoed by Hasan Uddin Khan’s presentation on the historical diversity of mosque architectures. For Professor Khan, the increasing similarity between contemporary mosques mirrors some Muslim claims that Islam should be uniform. Optimistically, Professor Khan sees this as a phase through which Muslims will pass and through which diversity will prevail.

Mernissi, Rifat Hasan and others who have raised questions and offered solutions to Muslim issues and concerns. That such a varied group of intellectuals with differing points of view exists exemplifies the very diversity that the seminar series sought to expose more fully. Thus, one may ask: In the face of such diversity, what constitutes uniformity amongst Muslims? This crucial question, among others, will certainly be addressed in the forthcoming edited volume of papers from the series scheduled to be published in 2004.

Information and abstracts from seminars in the series can be found on the Muslim Pluralism Seminar Series pages. Information on forthcoming events and past conferences, seminars and public lectures are also available on the website.