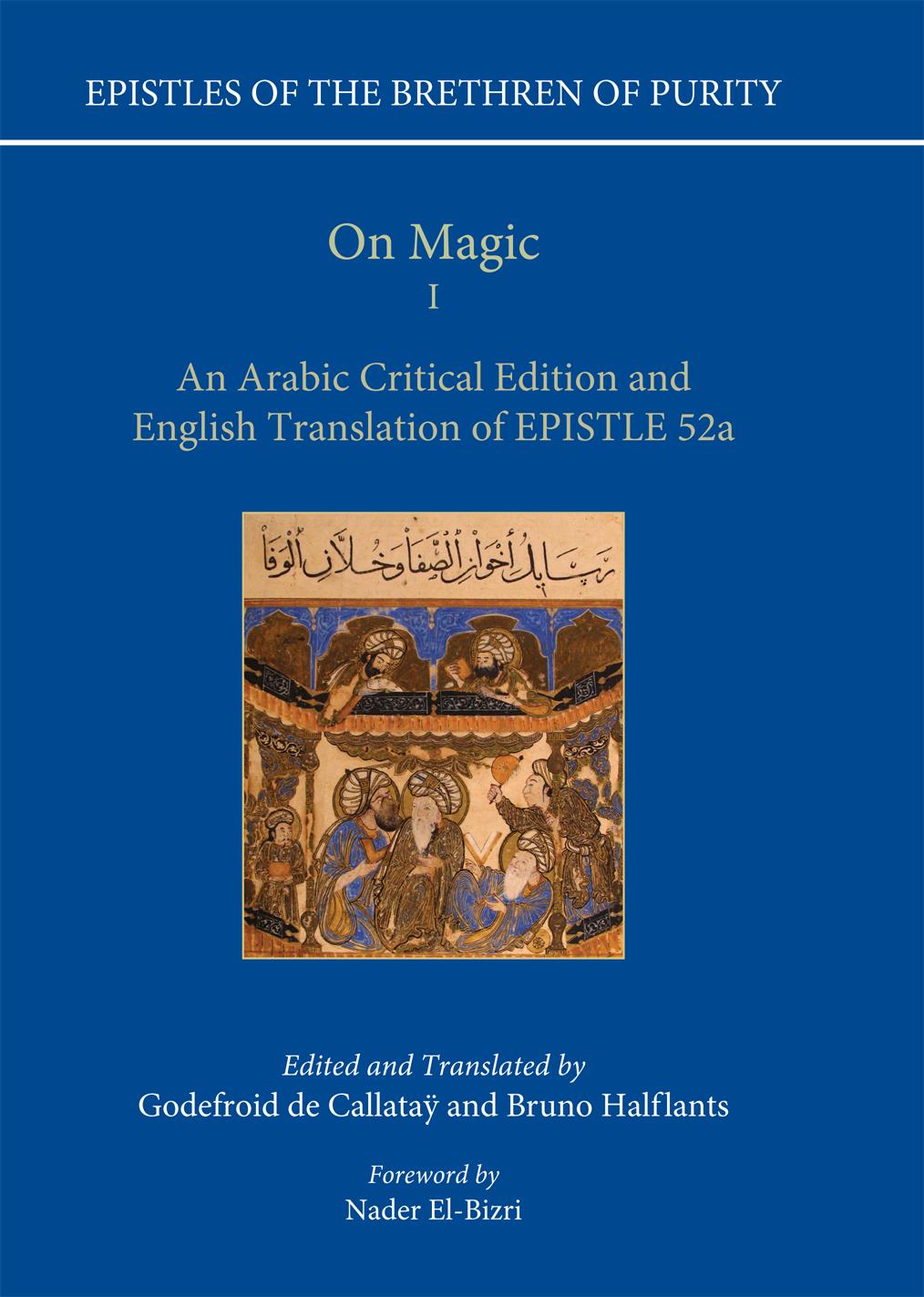 The IIS is pleased to announce the publication of On Magic I: An Arabic Critical Edition and English Translation of Epistle 52 a which is part of the bilingual (Arabic and English) Epistles of the Brethren of Purity series. Epistle 52, ‘On Magic, Incantations, and the Evil Eye’, is the last in the corpus and, as such, represents the culmination of the Brethren’s teaching.

Epistle 52a consists of the shorter of two versions circulating as the final epistle of the corpus, ‘On Magic’. In this version, the authors regard magic and other occult sciences as the culmination of their own philosophical teaching, and they justify the ‘rightful use’ of these disciplines, especially astral magic, with reference to great authorities of the past, such as works of Plato and Abu Ma‘shar, the Qu’ran, or even Jewish stories allegedly from the Torah.

Most interestingly, the text occasions an extended account, unparalleled in Islamic literature in its sympathetic approach, of the mysterious Sabi’ans of Harran. The present edition is accompanied by comprehensive footnotes and a substantial introduction, which argues for the authenticity of this treatise and offers a glimpse of the significant impact it exerted on later works in this field such as the Ghayat al-Hakim (Picatrix).

This scholarly presentation of the text, Arabic critical edition and annotated English translation with its detailed introduction and footnotes, with a foreword by Nader El-Bizri, will make for fascinating reading for anyone interested in the shared history of philosophy, alchemy, and science.