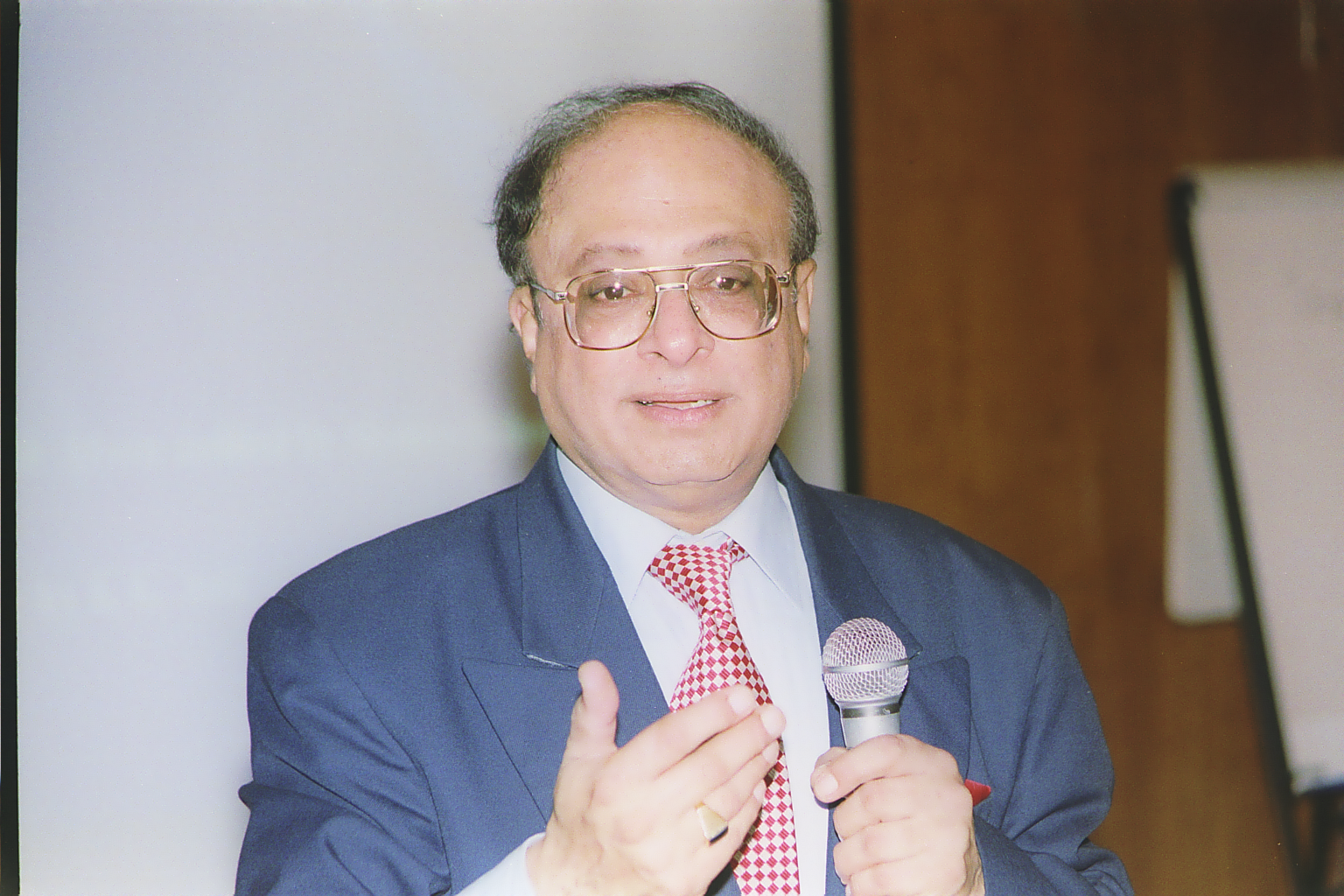 Colleagues, students, alumni and staff of the IIS remember with great fondness Dr Karim Janmohamed, who passed away in Toronto on 24th April 2015 at the age of 71.  A historian and respected scholar in Kenya and the USA, Dr Janmohamed became the first Head of the IIS-ITREB Liaison Department (fore-runner to the Department of Community Relations at the IIS) from 1996-2003, and spearheaded academic and educational programmes for staff and volunteers of the Ismaili community institutions globally, including the Ismaili Tariqah

The Late Dr Karim Janmohamed was part of a generation of Ismaili intellectuals who commenced their academic and university studies in East Africa followed by post graduate training at higher education institutions overseas. He attained his MA and PhD in history from Northwestern University in the USA where he worked under the supervision of the distinguished Africanist, The Late Professor Gwendolen M Carter, one of the founders of African Studies in the USA in the twentieth century.

As a senior lecturer in history at the University of Nairobi, Dr Janmohamed was part of a cadre of intellectuals at the confluence of thinking on how African history should be understood in post-colonial Africa. He made an impressive contribution to the reconstruction of historical thought and a revised understanding of the colonial struggle in Africa in his capacity as co-editor of the journal Kenya Historical Review which he edited with the leading Kenyan historian and statesman, Professor Bethwell Ogot; and as the Secretary-General of the Historical Association of Kenya – a position he held for a decade.

In 1981, Dr Karim Janmohamed was a recipient of a Fulbright-Hays Fellowship and gave lectures at universities across the USA. He was also Associate Professor for the Kenya Scholarship Programme at St Lawrence University, USA, as well as a consultant on human resource development training programmes to several Scandinavian development agencies.

During the 1980s, he held leadership positions in several voluntary roles within the Ismaili community and was a member of the National Committee of the Aga Khan

Foundation (Kenya) where, due to his scholarship, he was able to make a significant contribution to programmes relating to marginalised communities.

In 1992, Dr Janmohamed collaborated on a project with a leading Pakistani historian the Late K.K Aziz in preparing the two volume collection, Aga Khan III: Selected Speeches and Writings, 1902-1955. Commenting on this partnership, Professor Aziz, the lead compiler, wrote with admiration of Dr Janmohamed’s professional competence, his spirit of dedication and hard work, his analytic mind, and his willingness to learn from sources and facts, as well as his great sense of responsibility. He also described the friendship he shared with Dr Janmohamed as “a very precious commodity in today’s world of selfishness and hypocrisy”.

Before retiring in 2003, Dr Janmohamed worked at The Institute of Ismaili Studies for seven years, having set up the IIS-ITREB Liaison Department, a forerunner to the Department of Community Relations, and laid the foundation for continuing education for ITREB staff and volunteers globally. In this role, he worked in close association with Dr Aziz Esmail, former Dean and Governor of the IIS, and a group of Ismaili scholars in developing an international curriculum which could be used for episodic training programmes for the Ismaili community worldwide. Following the development of the curriculum, he worked closely with the Department of Jamati Institutions at the Secretariat of His Highness The Aga Khan in setting up the International Training Programmes on which he also taught. And he further contributed to their evolution as a member of the Steering Committee for the International Training Programmes. Dr. Esmail had the following observation to make about Dr. Janmohamed following the sad news of his demise:

“Karim Janmohamed was a person of integrity who worked hard and with dedication to his chosen goals.  I first met him when he returned to Nairobi after completing his doctoral research in history in the USA and joined the History Department at Nairobi University where I had taken a position, a little earlier, as a lecturer in Philosophy and Religion.  For an East African Asian, the path Karim had taken was triply unfashionable.   East African Asians seldom opted for an academic career in those days; the few who did so were apt to study practical fields rather than the humanities; and while English history might have seemed just about intelligible as a subject of choice for a young Asian committed to the humanities, African history struck a decidedly anomalous chord.  It is not therefore surprising that the colleagues with whom Karim worked closely at the time, in that field, were all Africans, with some of whom he built (again unusually) close, personal friendships.

Karim thus had an individualist bent which remained, happily, an enduring trait in his character.   However, this did not prevent him from maintaining a connection to his roots in the Ismaili community, to which he devoted all his energies when he joined the IIS, applying to his duties the same assiduous dedication which he had previously exhibited in his research, teaching and editorial accomplishments.

Equally characteristic of him was an ever-ready sense of humour which made him a congenial colleague to the individuals with whom he worked and which he retained to the end.”

Commenting on the Late Dr Karim Janmohamed’s unique contribution to the IIS and the Ismaili community, Professor Azim Nanji, Director of the IIS between 1998 and 2008, says of his colleague:

“Karim Janmohamed was that rare individual who combined an abiding commitment to sound scholarship with a genius of communicating his insights to a wider audience.  He reflected that in his role as an academic leader at the University of Nairobi and his contributions to the development initiatives of the Aga Khan Foundation in Kenya. As an historian of Africa, he understood how important good historical awareness was to new nation states, communities and individuals as they tried to comprehend the vagaries of changing times. The Institute was very fortunate to attract him to help with its growing academic and educational programmes.  His enduring legacy to the IIS and the Ismaili Community worldwide lies in the curricular and educational materials he helped produce and write and the many workshops he organised globally.  Underpinned by the finest scholarship, these lessons have become deeply embedded in the way a new generation is being educated to integrate historical awareness into an understanding of its heritages and its futures.”

“Karim had a wonderful sense of humour which endeared him to all who came into contact with him…. He had the ability to bridge academia and the intellectual world with practical application. He was a strong advocate of developing good human resources as part of strengthening institutional capacity.  He was first and foremost a teacher and throughout his career he remained such, helping all those who wanted to enhance their education, by mentoring them. The ethic of sharing knowledge was a cardinal principle in his life and he always enjoyed helping others to achieve their fullest potential in life. No doubt, he will be missed by many.”

Dr Janmohamed leaves behind a close knit family including his sister, Almas Noormohamed and her family; and his mother Mrs Sakinabai Janmohamed Giga.