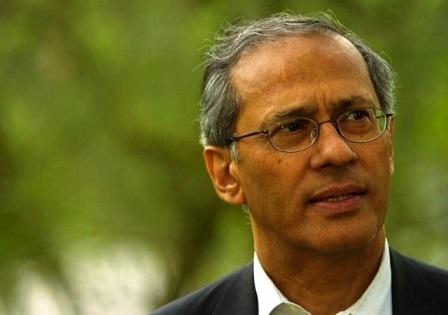 The passing of Raficq Abdulla, a leading Muslim thinker, on 19 December 2019 is a loss that will be felt by many in light of his seminal contributions to a number of civil society institutions in the United Kingdom. Over the last few years, Raficq spent much of his time at The Institute of Ismaili Studies where he conducted research for his jointly authored book with Dr Mohamed Keshavjee, Understanding Sharia: Islamic Law in a Globalised World. The book has received a number of positive reviews in various influential journals and newspapers worldwide. Throughout the years, Raficq made a number of contributions to the work of the IIS. He reviewed some of the IIS publications, participated in translations meetings and contributed to discussions on law, poetry and contemporary Islamic issues. He also served as a lecturer on the International Waezeen Training Programme (IWTP) in the early 2000s.

Raficq always viewed the IIS as a leading organisation at the vanguard of thinking on Muslim modernity. He often remarked, “His Highness the Aga Khan

has got it right. He understands the role of education in addressing the problems of the Muslim world and he exemplifies it through pragmatic action.”

Born in the Cape Province of South Africa, Raficq was the son of an Indian father of Hyderabadi origin and a Malay mother, granddaughter of two Imams — one of whom had been sent to South Africa by Sultan Abdul Hamid II of the Ottoman Empire. Raficq spent much of his time between the Cape and Natal – both South African provinces with a more liberal British influence which experienced apartheid but not in its virulent form as it was practiced in the Transvaal. Raficq’s other maternal great grandfather imam

hailed from an Islamic mystical tradition from Java and Sumatra. It is from this heritage that Raficq acquired an esoteric sensibility, always searching to find out more about the inner life rather than being obsessed with the outer form.

Raficq attended Epsom College in Surrey, after which he went to Brasenose College Oxford to read Jurisprudence. He was later called to the bar at the Middle Temple Inn, where he qualified as a barrister in the early 1960s. He spent most of his working life as a legal advisor with various organisations, his last formal position having been Secretary to Kingston University. At the time of his death, Raficq was a Visiting Fellow of the Faculty of Business and Law at Kingston University. Throughout his life, he contributed to many ground-breaking initiatives, which will always remain as part of the legacy that he has left behind.

trained jurist, Muslim cleric, and Head of the Muslim College in the UK - enlisted Raficq’s input, as one of the three British Muslim barristers, in the formulation of a fatwa to address the organ transplantation needs of the UK Muslim community. Based on necessity and public interest, a fatwa was passed stating that Islamic Law does not prohibit the donating of one’s organs to promote human welfare and the protection of human life. The fatwa - which was passed forty-five years ago - formed the basis of the ruling on organ transplantation which is now being followed by British Muslims in light of the new UK legislation on organ donation which comes into effect in spring 2020. The fatwa reflects far sighted thinking from both a medical and a legal perspective.

Dr Badawi and Raficq also worked closely with Sir Sigmund Sternberg and the Rev Dr Marcus Braybrooke on the Three Faiths Forum. Raficq’s work in the field of interfaith dialogue was recognised with the award of an MBE in 1999. Dr Badawi also invited Raficq to become a member of the panel of the newly-established Muslim Law Sharia Council (MLSC), as one of three English-trained lawyers, to ensure that the deliberations of the Council were always in accordance with the public laws of the UK.

A writer, poet, lecturer, public speaker and broadcaster, Raficq spoke on various topics from art, law, Islam, identity, poetry, spirituality, diasporas, and the sacred. However, he was most at home when writing poetry. Raficq published two books on the poems of Muslim mystics, Rumi and Attar: Words of Paradise: Selected Poems of Rumi (London, 2000) and The Conference of the Birds: Selected Sufi Poetry of Attar (London, 2003). In 2016, Raficq also published Reflecting Mercury; Dreaming Shakespeare’s Sonnets in which he matched his poetic contemplation to each of Shakespeare’s 154 sonnets. This book was launched at the Ismaili Centre, London, by Lord Gowrie, a former UK Minister of Culture and poet, to mark the 400th death anniversary of Shakespeare over a weekend of literary activities.

As an English trained Barrister with a poetic sensibility and an esoteric bent of mind, Raficq always veered towards constructive dialogue. He saw no real dichotomy between eastern and western thought and remained universal in his outlook. He read prolifically but always with what he termed “a hermeneutic resolve.” He was an individual with an extraordinary sense of intellectual curiosity matched only by a commensurate sense of humility. He espoused reason and eschewed dogmatism in whichever form it presented itself.

A deeply spiritual individual, Raficq did not wear his faith on his sleeves, but lived its ethical values of compassion, kindness and large-hearted tolerance and understanding each day, through everyone he met regardless of class, colour, gender or creed. A cosmopolitan individual who advocated a cosmopolitan worldview, Raficq was a man of multiple talents and a plethora of interests which he nurtured with great zest. He will always be remembered by those who had the good fortune to have known him, particularly his friends at The Institute of Ismaili Studies, which became his second home in the last years of his life.