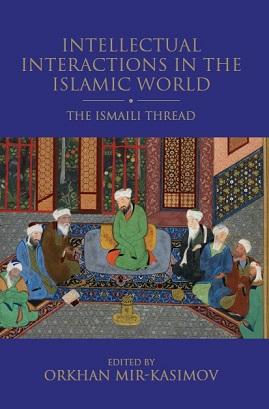 In a well-known Sufi tale, a group of people are trying to describe an elephant in a dark room. Each of them touches a different part of the animal’s body and therefore their opinions differ: one touches the trunk and thinks that the elephant is like a water pipe, another touches the ear and imagines a fan-like animal, the third one touches the leg and is convinced that the elephant resembles a mighty column. Although each of them is right concerning one particular area of the elephant’s body, none of them can actually see the elephant as a whole. Intellectual Interactions in the Islamic World: The Ismaili Thread, edited by Dr Orkhan Mir-Kasimov seeks to focus not only on the complex body of Islamic civilisations, but on the interactions and the links between different groups, in an attempt to better understand the whole.

In the introduction, Dr Orkhan Mir-Kasimov, speaks about the approach taken in this publication:

“The fundamental idea that informs the approach of this volume is that Islamic civilisation is not and has never been a monolith. In fact, it consists of various groups and movements, which, throughout the centuries, have enjoyed complex relationships with each other. These relationships have various aspects – social, political, commercial, spiritual, intellectual, artistic and so on – and every aspect gives us a specific point of view regarding the place of any given group within the whole.”

The intellectual history of the Ismaili traditions of Shi‘i Islam is the central thread around which the fabric of this book is woven. In spite of the impressive progress that Ismaili studies has made in the last few decades, no edited volume has previously systematically addressed the intellectual interactions between the Ismailis and other Islamic groups.

Most of the papers in this publication were originally delivered at the Intellectual Interactions in the Islamic World: The Ismaili Thread conference at the IIS in October 2016. The book is divided into six thematic sections which bring together contributions from different disciplines and areas of Islamic studies, including polemical and doctrinal literature, law, mysticism, rituals and philosophy. Written by some of the foremost scholars in the field, the volume contains chapters which are accessible to readers with a minimal background in Islamic studies, as well as in-depth research papers. The book discusses most of the main Ismaili groups, such as pre-Fatimid Ismailis, Fatimid, Nizari and Tayyibi Ismailis, as well as lesser known and still largely under studied Ismaili traditions such as those associated with the mountain region of Badakhshan in Central Asia. Through the examination of a broad range of primary sources, the volume covers various historical periods and geographies. It contains chapters that address interfaith interactions and syncretism’s, particularly in the Indian subcontinent and in Yemen, alongside interactions reflected in the circulation of books in the Fatimid markets, and various literary and mythical traditions.

As part of the Shi‘i Heritage Series, Intellectual Interactions in the Islamic World: The Ismaili Thread aims to provide a holistic and interdisciplinary perspective of the infinite richness, diversity, and interconnectedness of the intellectual traditions of Islam.