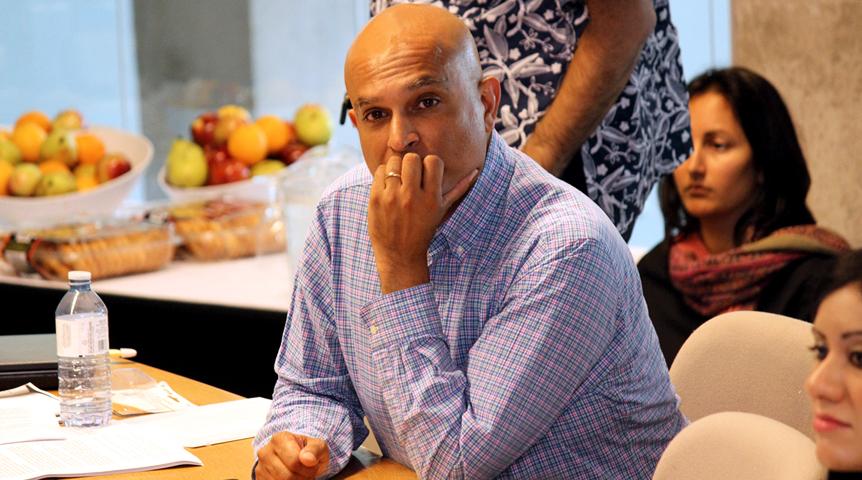 The twelfth Summer Programme on Islam was held at York University in Toronto, Canada, from 11 – 17 August 2014.

The programme faculty included scholars from the IIS as well as leading professors from prestigious universities in Canada such as Simon Fraser University, University of Toronto and the University of Victoria. Dr Zulfikar Hirji of York University served as the programme’s Academic Director. The topics of study included Diversity and Pluralism, Encountering Islam, Models of Authority, The Qur’an

and its Evolution in the Context of Muslim History, and Muslim Ethics and Values.

Each theme comprised an applied component which allowed participants to delve deeper into the issues and discuss the different concepts and perspectives in smaller groups. The curriculum and teaching methodology established an environment for participants to navigate outside their comfort zones and learn from each other. They were guided towards critical thinking, questioning pre-conceived notions, and challenging contemporary discourses by understanding them in the context of historical events.

Participants were also encouraged to explore the metropolis of Toronto by participating in a number of field trips to relevant sites. They visited both the Royal Ontario Museum’s exhibit entitled Cairo Under Wraps: Early Islamic Textiles, and the Ontario Science Centre for a screening of Jerusalem.

One participant, from the United States of America commented as follows:

“The Summer Programme on Islam has been a uniquely enriching journey, adding immensely to my understanding of religious experience, and to my personal and spiritual development. Interacting with the other participants and the faculty has brought to life concepts that had been mere sound bites before the programme. The experience of learning from exceptional scholars, attending thought-provoking sessions, and having plenty of informal discussions with staff and participants who come from all over the world has been both transformative and exhilarating.”

Another participant from Pakistan shared this perspective:

“The Summer Programme on Islam 2014 was a wonderful experience, providing me with the opportunity to learn more about the cultural, historical and evolutionary aspects of Islam. It was fascinating to meet so many intellectuals and scholars from different parts of world. My sincerest gratitude to all individuals who made this programme possible and for providing such a rich learning environment.”

The programme culminated with a formal dinner for participants, faculty and local Ismaili leadership. The keynote address was delivered by Dr Mahmud Karim, Chairman of the Ismaili Tariqah

and Religious Education Board for Canada. Ms Khairunissa Jaffer from Portugal, who was the elected student representative for 2014, shared the group’s final reflections on the programme. Ms Jaffer noted that the programme encouraged questioning and independent thinking, while providing a safe space for students to explore, share and exchange ideas.

The programme ended with a panel discussion where participants were given the opportunity to raise questions that were not covered during the week as well as seek clarification for any concepts that were still not clear.