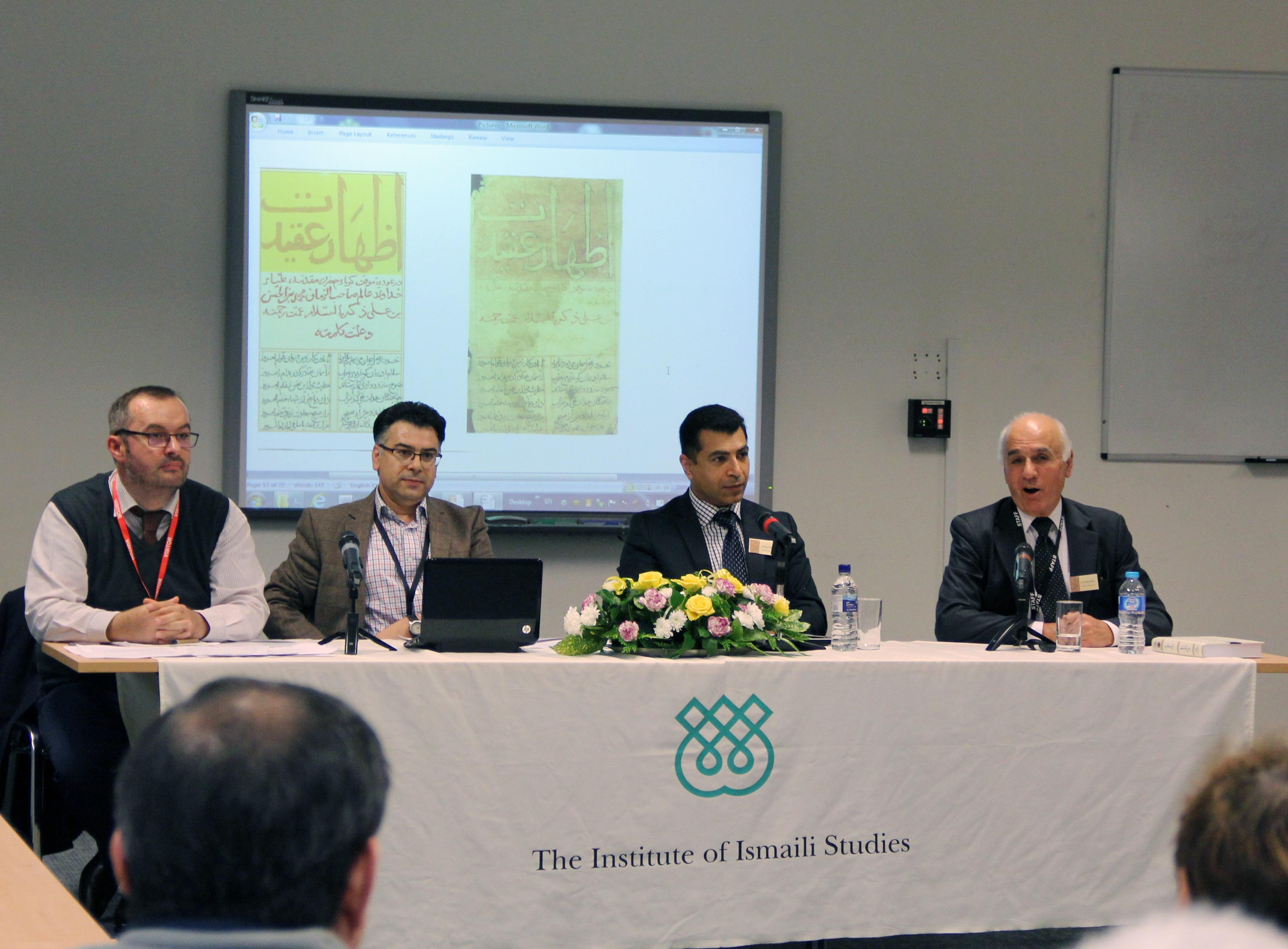 The Ismaili Special Collections Unit (ISCU) organised a first of its kind symposium entitled Before the Printed Word: Texts, Scribes and Transmissions on the manuscripts housed at The Institute of Ismaili Studies. The symposium attracted over twenty scholars from around the world. Many of the papers presented at the symposium were the result of ongoing endeavours by the IIS to accelerate the study of different aspects of the IIS’ manuscript collection.

The two-day symposium began with a welcome address by the IIS Co-Director, Dr Farhad Daftary, who emphasised the importance of the IIS’ manuscript collection. Dr Wafi Momin, Head of the Ismaili Special Collections Unit, provided an overview of the IIS’ role in preserving and studying manuscript sources and other memorabilia items. The lively discussions during the panel presentations covered a breadth of topics, including, discoveries of manuscripts - their study and textual analysis, colophons, reading culture, role of scribes, contexts of transmission, esoteric interpretations, codicology, as well as new perspectives from the Alamut

period in light of the discovery of new manuscripts.

The research areas covered by the symposium were reflective of the manuscript collection housed at the IIS, which includes over 3,000 manuscripts in Arabic, Persian and Indic scripts, and covers various time periods including the Fatimid and Alamut times.

Proceedings of the symposium can be viewed here: Day 1 Day 2