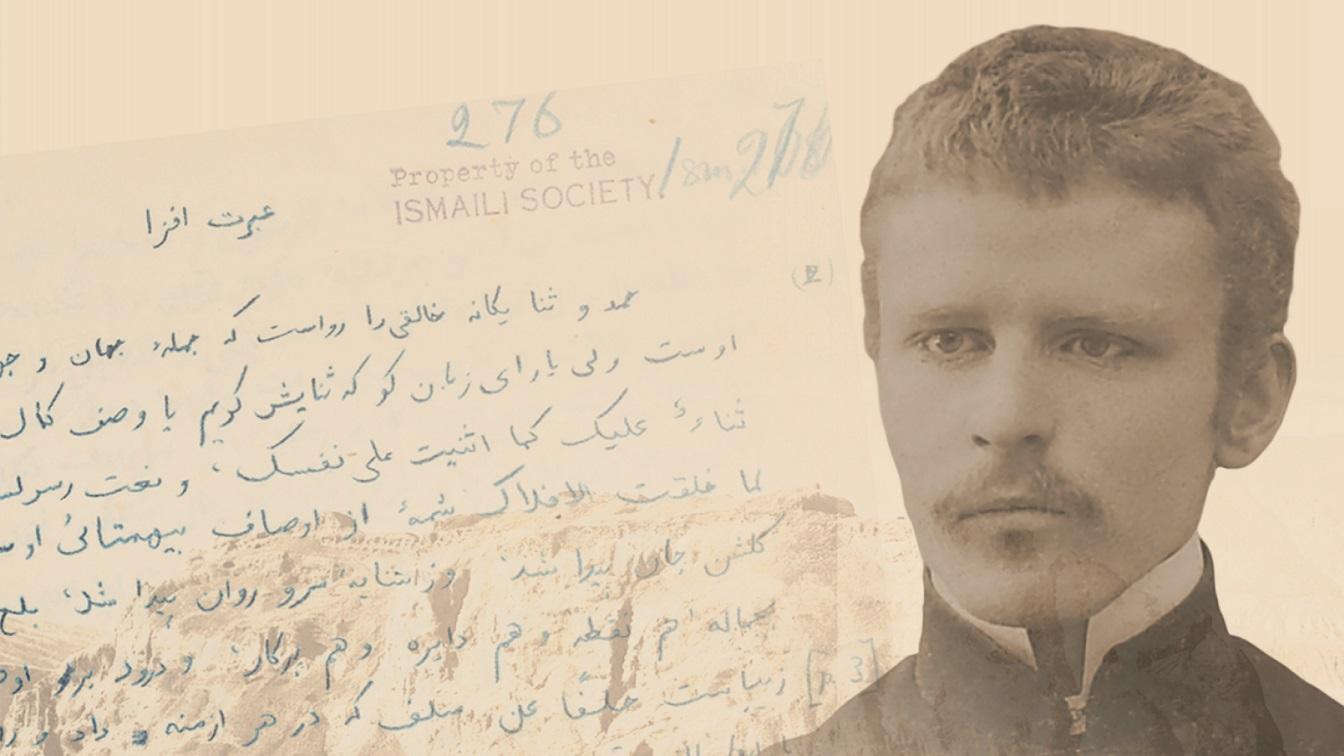 The exhibition follows the pioneering Russian scholar of Ismaili studies, Wladimir Ivanow (1886-1970), across the Muslim world. His life and work traced the contours of a transformative and decisive period in modern history – encompassing revolution and the struggle against European empires, as well as their dissolution into new nations. During this period there was also a significant shift in the academic study of Islam, and of Ismaili Shi’ism in particular.

Whether it was the British presence in India or the Russian presence in Central Asia, what was then called “orientalism” came to dominate the study of Islam and Muslims. By the middle of the twentieth century, however, Muslim communities were no longer tied to polemical or fantastical orientalist accounts of the ‘other’, and increasingly began to inform and even direct the study of their tradition in unprecedented ways.

From his early travels in Iran to his arrival and settlement in Bombay and entanglements with its various Muslim communities, Wladimir Ivanow and Modern Ismaili Studies positions this scholar and his research at the very heart of this transformative period. The exhibition illustrates the historical contexts of the period but also hopes to shed light on how Ivanow’s life was directed by his chosen field of study: Ismaili history and thought. Drawing on archival material, photography from the period, and Ivanow’s own collection of manuscripts, the exhibition will also provide an introduction to the history of modern Ismaili studies and implicitly some features of the history of the Ismailis.

The exhibition is accompanied by a short documentary film featuring interviews with historians and academics, including IIS Co-Director, Dr Farhad Daftary, who himself has been greatly influenced by Ivanow and has continued to build on his legacy and work.

In many ways, the endeavours of Ivanow prefigured the scholarly work of the IIS more broadly, and his prolific output to a great extent mirrors the current areas of research at the Institute, particularly the disciplines of Central Asian, South Asian and Shiʿi Studies.

In the words of Dr Daftary, “It is about time for us to properly recognise the contributions of Wladimir Ivanow as the foremost pioneer of Ismaili studies.”

Wladimir Ivanow and Modern Ismaili Studies will open at the Aga Khan Centre Gallery on December 1st and run until 31 March 2022. Find our more about the exhibition here.