Formerly Deputy Director of the Central Library at Firdausi University, Mashhad, Iran, and Librarian at The Institute of Ismaili Studies, London, Dr. S. J. Hosseini Badakhchani obtained his MA in Islamic Philosophy from the faculty of Theology University of Mashhad in 1975 and his doctorate in Islamic Philosophy at the University of Oxford in 1989. He is currently a Research Associate at The Institute of Ismaili Studies.

Apart from teaching in various programmes at the Institute of Ismaili Studies has participated in many national and international conferences and contributed academic papers to many journals and Encyclopaedias. He has published new editions and English translations of the following Ismaili works of Nasir al-Din

-i Qa’imiyyat by Hasan Mahmud-i Katib, which until now was considered a lost work, is the latest publication of Dr Badakhchani. The Diwan with an extensive introduction and glossary of technical term by Prof. M. R. Shafi‘i 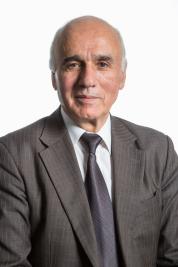