A prominent Ismaili scholar of the 20th century, Dr Zahid Ali passed away in 1958, leaving behind a small number of widely acclaimed studies on the history and doctrines of the Ismailis. Nearly forty years later, in the autumn of 1997, the only surviving son of Dr Zahid Ali, Professor Abid Ali, generously donated to the Library of The Institute of Ismaili Studies an exceptional collection of Arabic manuscripts inherited from his father's collection.

Zahid Ali was born in June 1888 into a Mustaali Ismaili family. His father, Fadl Ali, was a prominent leader in the Mustaali Ismaili community and a scholar in his own right. Zahid Ali, after receiving his early education in Hyderabad and Surat, went to the University of Oxford, where he obtained a doctorate in Arabic Literature. Returning to India in 1926, he took up the position of Professor of Arabic at the Nizam College, Hyderabad, eventually becoming its Vice-Principal. He retired in 1945, and passed away shortly after his 70th birthday.

Fluent in English, as well as Arabic, Persian and Urdu, Dr Zahid Ali showed a rare ability in effectively combining traditional and modern research methods. His main publications include a critical Arabic edition, with commentary, of the Diwan

of the Fatimid poet Ibn Hani', an outcome of his doctoral research at Oxford. His second major work was a history of the Fatimids

, written in Urdu and published in two volumes. Perhaps his most important and significant contribution to Ismaili studies was entitled Hamare Ismai madhhab

ki haqiqat awr us ka nizam, a compendium in Urdu of Ismaili doctrines and teachings as professed among the Mustaali Ismailis, which was published in 1954.

Dr Zahid Ali had access to an extensive range of Ismaili primary sources, many of which were copied by his father. After Zahid Ali's death in 1958, this collection of manuscripts was inherited by his son, 'Abid Ali. In 1994, Professor 'Abid Ali visited the Institute and, impressed by its collections of Ismaili materials as well as its commitment to promote research on Ismaili studies, identified the Institute's Library as the most suitable venue for the preservation of such a valuable literary heritage. Although 'Abid Ali was not able to fulfill this wish in his lifetime, he instructed in his will that the manuscripts be bequeathed to the Institute's Library. The manuscript collection, comprising 226 volumes and located in California, was transferred, with the assistance of Professor 'Abid 'Ali's wife and children, to the Library in 1997.

The fourth in a series of collection catalogues published by the Library of The Institute of Ismaili Studies, Arabic Ismaili Manuscripts: The Zahid 'Ali Collection by Delia Cortese. 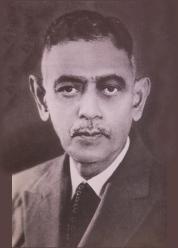