After long periods of research spent in Turkey, Syria and Egypt, in 1946 Professor Henry Corbin organised the Department of Iranology of the Franco-Iranian Institute in Tehran. There he established and directed the Bibliothèque Iranienne Series, an important collection of editions of Persian and Arabic texts together with analytical studies.

From 1954 to 1974 he held the position of directeur d'études at the Ecole Pratique des Hautes Études at the Sorbonne University, as the successor to Louis Massignon. Henry Corbin died in 1978 at the age of 75. His many publications in French and translated into English, including Avicenna and the Visionary Recital (New York, 1960),Creative Imagination in the Sufism of Ibn 'Arabi (Princeton, 1969), Spiritual Body and Celestial Earth (Princeton, 1977) and The Man of Light in Iranian Sufism 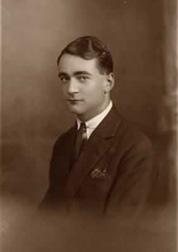