Zoolshoev Muzaffar Zoirshoevich – graduated from History and Philology Department (now the History and Law Department) at Khorog State University, Tajikistan, and received his BA degree in History and Sociology in 1999. He read Islamic Studies in the Graduate Programme in Islamic Studies and Humanities (GPISH) at the Institute of Ismaili Studies (IIS), London (2001-2003). From 2003 to 2004, Muzaffar studied in the Department of Politics and International Studies (PAIS), Warwick University, and received his MA degree in International Relations in 2004. In 2005, he started his career as an Administrative Research Assistant in the Central Asian Studies Unit (CASU) at the Department of Academic Research and Publications (DARP), IIS. From 2008 up to the present he has been working as a Research Assistant in CASU, DARP. The main focus of his research is the history and culture of the peoples of Central Asia. 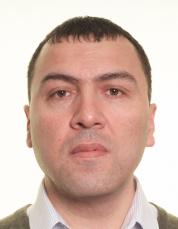