Nibras Aldibbiat holds the position of Research and Evaluation Adviser in the Quality Assurance and Evaluation Unit. In this role, he develops and implements an institutional framework for evaluation, and conducts institutional-level reports on the outcomes and recommendations from specific evaluation studies. His responsibilities include supporting the Institute’s strategic ambitions in evaluation for all its departments, developing the necessary infrastructure, resources, data analysis, reporting tools and general capacity building, including supporting professional development in sister institutions. In addition, he advises on cross-institutional collaboration with regards to evaluation design.

From 2012 - 2016, Nibras served as the Evaluation Officer in the Department of Curriculum Studies, where he was involved in the evaluation of the Secondary Curriculum, both in its draft form and in its usage in the field. Additionally, he was also involved in the evaluation of the Ta’lim primary curriculum.
Nibras obtained an MSc in Comparative Social Policy from the University of Oxford, and completed the IIS Graduate Programme in Islamic Studies and Humanities (GPISH) in 2010. His field study report for GPISH was entitled “Integration of Ismaili Afghan Refugees in Canada: Factors of Success and Prospects in Kitchener”. He holds a Bachelor’s degree in Economics, Business and Management Studies from Aleppo University, Syria.

Nibras has published a book entitled Historical Comparative Study of Micro Insurance and Friendly Societies: Extending Social Security Beyond the Reach of the State (2011). He is also one of the two co-founders of NUHA Foundation, a British charity established in March 2008. Originally from Salamieh, Syria, Nibras worked in 2005-6 as an executive assistant at Aga Khan

Nibras is a CEDR and ADRg accredited mediator and a Certified Mediator Trainer. In addition to his focus on educational evaluation, he is interested in alternative dispute resolution, and is a member of the International Conciliation and Arbitration Board (ICAB) training faculty. He has served as the Secretary of the IIS Alumni Association European Chapter Group, for two terms. Currently, Nibras is a Member of the Ismaili National Council for the United Kingdom and its European Jurisdiction. 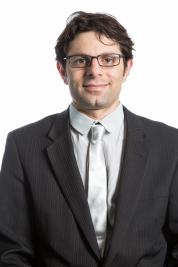