He has published widely on the topic of Islamic thought. His published books include Theodicy in Islamic Thought (Princeton University Press, 1984), Handlist of Arabic Manuscripts (New Series) in the Princeton University Library (1987), and Moses Maimonides and His Time (Washington, D.C., 1987). In addition to publishing many articles and reviews on different aspects of medieval Islamic theology and mysticism, Professor Ormsby has published widely as a poet in such magazines as The New Yorker and The Paris Review and has authored five collections of poems as well as a book of essays on poetry and literature, including Arabic literature.
Related Pages on the IIS website 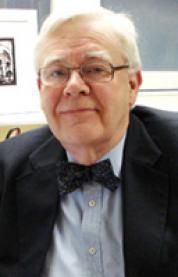